COVID19: After 6 days 100% of patients treated with hydroxychloroquine + Azithromycin were virologically cured

I would hope hospitals would have supplies of this drug by next week.

From what I hear, they're not sure that Hydroxychloroquine will work or may works for some but not everyone.

Here is my video of today

Returned to work today after a couple days off.
working with positive patients, one who is 80 and multiple Comorbs. He did receive the anti malaria drug and azithiromycin. and they are looking to discharge him after 2 negative follow up tests. Hearing similar results with other patients. I am also hearing they are giving the cocktail to all positive patients.

Good video from a PharmD

Dansk said:
Returned to work today after a couple days off.
working with positive patients, one who is 80 and multiple Comorbs. He did receive the anti malaria drug and azithiromycin. and they are looking to discharge him after 2 negative follow up tests. Hearing similar results with other patients. I am also hearing they are giving the cocktail to all positive patients.
Click to expand...

I really feel like there is something to this. We have one white paper study and tons of anecdotal reports. I would love to see some larger studies on this ASAP.
G

- Something that seems very fundamental but which I have not seen anywhere would be a simple correlation between disease trajectory and nutrient status, specifically Vitamin D, Zinc, Vitamins C and A, Selenium, lithium, iodine and magnesium. All of these are part of immune function and many people have been reported to be low in many of these ("low" in comparison to optimal, not minimum levels). LDL cholesterol would be interesting too since it is know to have immune functions. Has anyone seen a high-quality look at this?

- The often-repeated statement that immunity declines in older people may be substantially preventable and/or reversible. For example, melatonin and products of the thymus gland both decline with age and have immune function, but both can be supplemented. Unfortunately, as many here are aware, the NIH/CDC have generally refused to fund studies focused on reducing the affects of aging. Interestingly, the studies and observations showing that elderly with high-LDL live longer could be partially due to immune benefits.

- There are apparently multiple strains of the virus which may have very different characteristics. This could explain some of the wide variation in symptoms being reported, so saying that N number of people will ultimately be exposed to the virus doesn't have much meaning until the different strains are better studied and the protection conferred (or risks) based on various supplement strategies is better understood.

- Also, from what little I know about the near-term "vaccine" calling it a vaccine seems deceptive since it, from what I understand, does not have an adjuvant and may confer cell-mediated immunity (both probably good) but is even less well-understood long-term that normal vaccines (probably bad).

Having a reserve of resilience and good health including optimized nutrient status will likely always be the foundation of a good survival plan.
Last edited: Mar 24, 2020 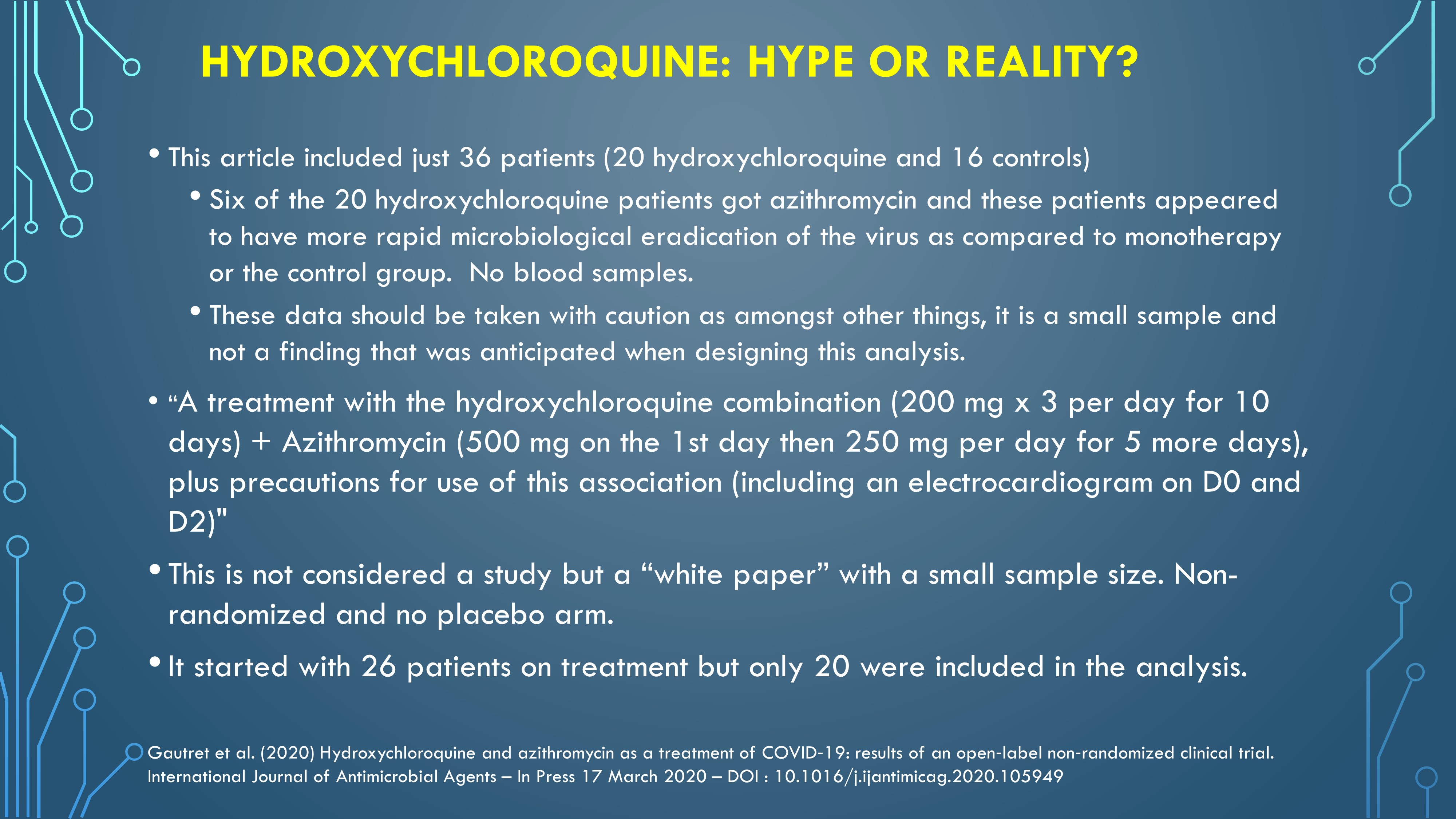 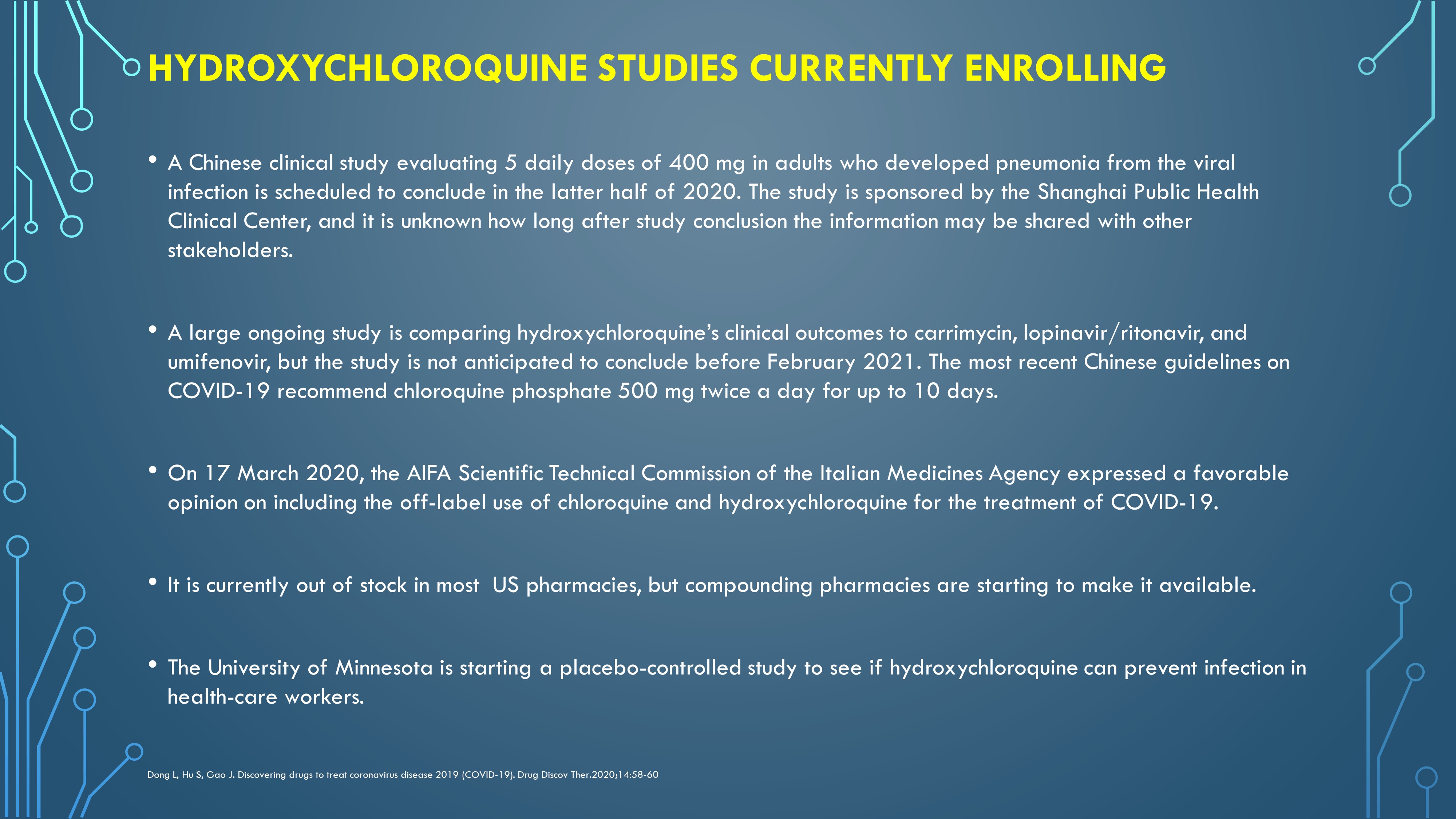 MINNEAPOLIS, MN- March 17, 2020 – Today, the University of Minnesota is launching a clinical trial on a post-exposure treatment for coronavirus COVID-19 disease. This trial is testing hydroxychloroquine, an FDA-approved medicine for the prevention and treatment of malaria, available since the...

I do not know where to place this so I added it here.

<span><b>Objective:</b> As the prevention and control of COVID-19continues to advance, the active nucleic acid test screening in the close contacts of the patients has been carrying out in many parts of China. However, the false-positive rate of positive results in the screening has not been...

Some previous videos from this series (visit MedCram.com for the full series): -

Is it possible to take a test now to see if we have been previously exposed to the corona virus? I know a finger prick test is coming soon but I would like to see if I could check sooner in case of any delays. 6 weeks ago I had an unknown viral infection that started out like strep. I ran a...

A friend on the front-lines of this fight indicated that her hospital was looking at pulling antibodies from the plasma of recovered patients and injecting them into the more critical patients to help them fight the virus. If this has been posted elsewhere here, my apologies.
G

We are starting to hear that hydroxychloroquine plus Azithromax may not be helping critical patients in ventilators much. We will see what the prevention data show.
D

Seems to be a timing issue, receiving sooner rather than when your in full respiratory distress may have better outcomes.
M

This is was for N=80 to followup on the earlier N=20 study in France.

Interesting, they had cardiologists look at the QT time and excluded people whose heart QTc time made the risk-benefit not worth it. Maybe that will be part of the standard protocol.

Coronavirus has 'stable genome,' study suggests, so vaccine could help 'over many years'

Currently, there is no known specific medicine to treat the novel coronavirus, but researchers in Italy suggest that the COVID-19 disease is slow to mutate, based on its genetic material. This finding could aid in helping large swaths of people over an extended period of time once a specific... 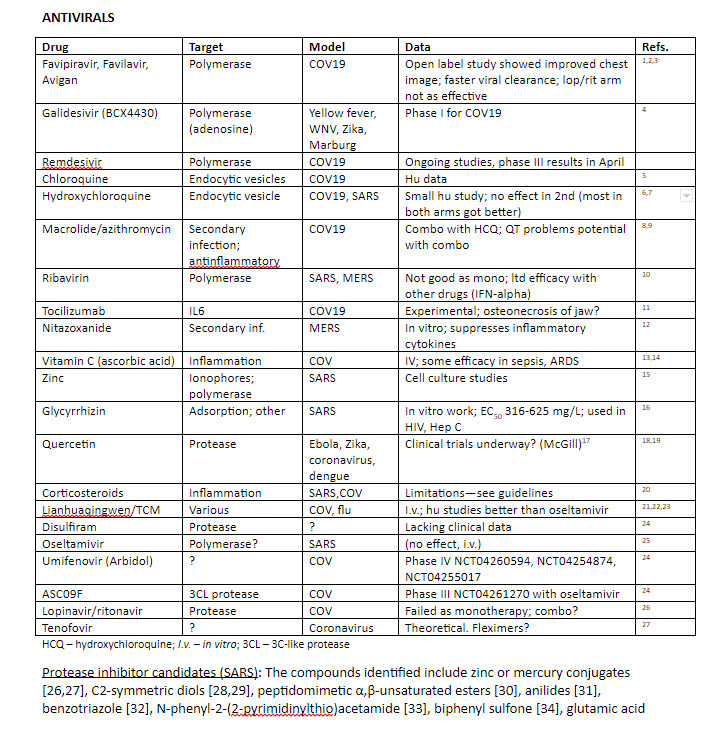