The antidepressant effect of testosterone: An effect of neuroplasticity?

Methods: Literature was searched focusing on testosterone treatment and depression and depression-like behavior. Due to the unilateral clinical use of testosterone in men and the different modes of action of sex hormones in the central nervous system in men and women, predominantly studies on male populations were identified.

Results: The two proposed mechanisms via which testosterone might act as antidepressant in the central nervous system are the support of neuroplasticity as well as the activation of the serotonin system. Additionally, testosterone downregulates glucocorticoid output and reduces levels of pro-inflammatory markers, thereby acting as important counter regulatory agent reducing levels of neurotoxic factors in the central nervous system.

Conclusion: Although it is possible that testosterone acts via the serotonin system or the downregulation of the immune or hyperactive stress physiological systems, recent evidence supports the hypothesis that testosterone also elicits anti-depressant effects via directly promoting neuroplasticity. Potential implementations of testosterone treatment in mood disorders are discussed.

This review highlights potential underlying pathways of the antidepressant effect of testosterone. Similar to other antidepressants, TT may increase neuroplasticity and thereby promote the reduction of depressive symptoms. While testosterone might exert beneficial effects on mood and behavior through the activation of the serotonin system, the here discussed studies suggest that a serotonin-independent antidepressant mechanism is also involved. Additional beneficial effects of testosterone related to stress physiological systems as well as the immune system might further support the antidepressant effect of TT. However, it is of note that not only testosterone alone, but also its site specific conversion to estradiol and other related metabolites may elicit antidepressant actions. In summary, the discussed studies prompt future research to determine the pathways that underlie the mood-enhancing effects of TT in order to potentially apply this approach for the treatment of depressive disorders in men. 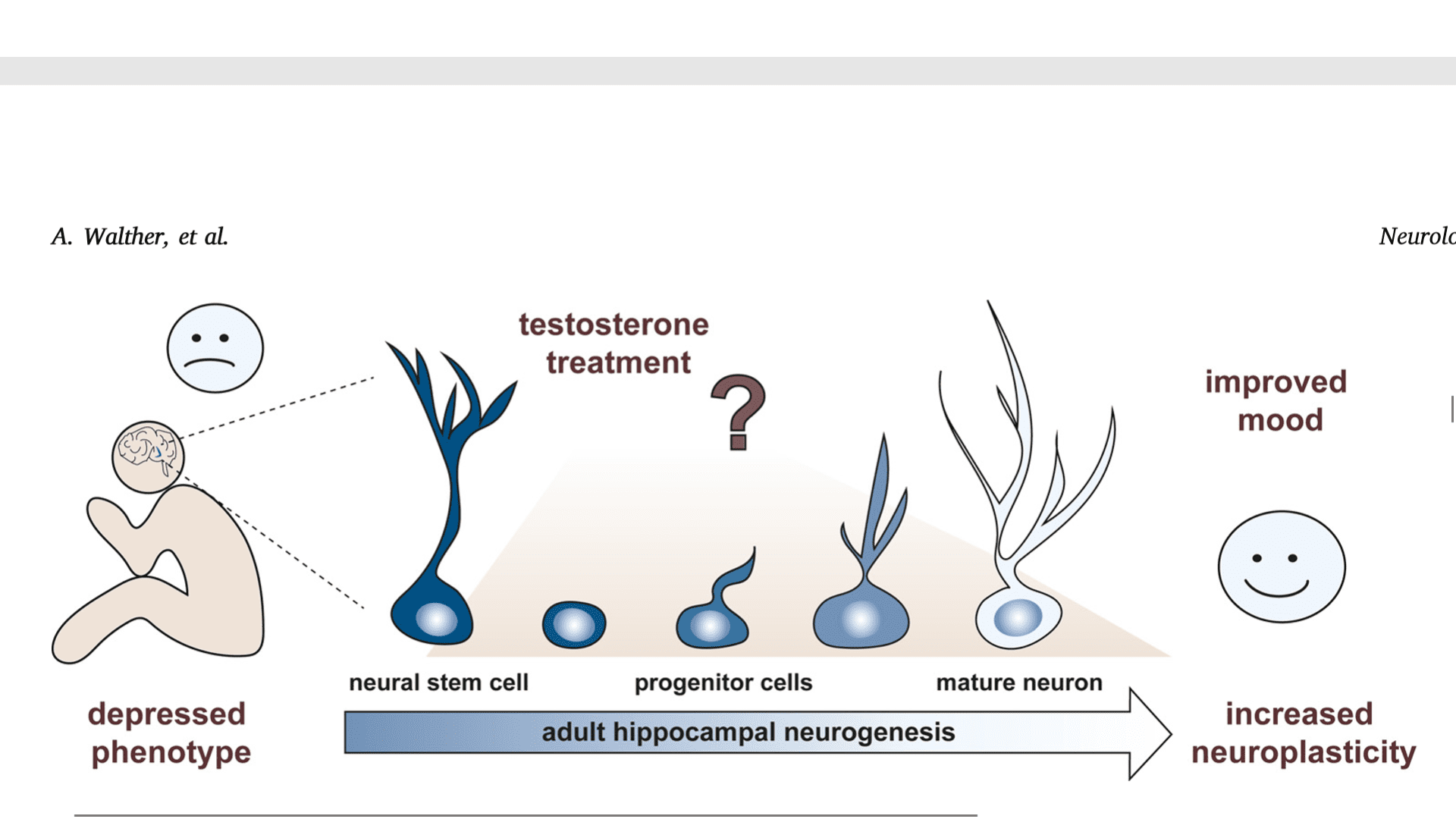 Fig. 1. Adult neurogenesis in the hippocampal dentate gyrus is an example of continued neuroplasticity throughout life. In this process, neural stem cells divide and give rise to proliferating progenitor cells, which pass through diﬀerent developmental stages to mature into functional new neurons. Evidence suggest involvement of this process in depressive disorders and beneﬁcial eﬀects of clinical antidepressants. Testosterone treatment potentially contributes to the improvement in mood via the modulation of new neuron generation, likely via promoting the survival of the new born neurons.
Last edited: Nov 3, 2019