Testosterone Level: How Low is Too Low? Health Consequences of Low Testosterone

I was able to summarize all available studies on testosterone blood levels and how they are linked to several health issues. I will add references soon. 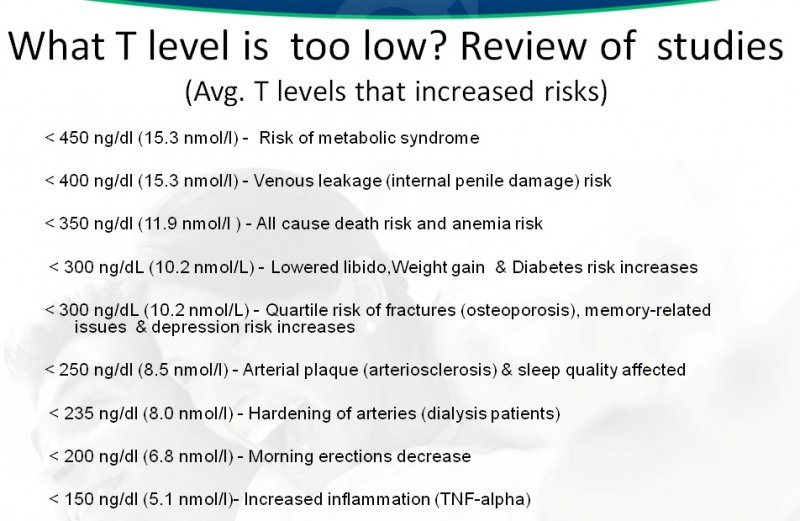 This study claims that maintaining T levels above 550ng actually reduced cardiac disease risk. Note that they tested estradiol levels, which was lacking in the inaccurate study recently published. In addition, they found positive correlation between T levels are type 2 diabetes risk. This study was done over 5 years and analyzed all kinds of markers, including SHBG. 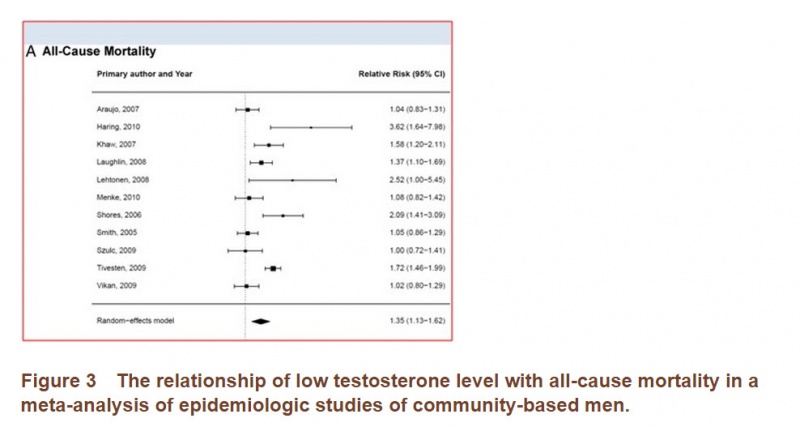 Results: During an average 11.8-yr follow-up, 538 deaths occurred. Men whose total testosterone levels were in the lowest quartile (<241 ng/dl) were 40% more likely to die than those with higher levels, independent of age, adiposity, and lifestyle. Additional adjustment for health status markers, lipids, lipoproteins, blood pressure, glycemia, adipocytokines, and estradiol levels had minimal effect on results. The low testosterone-mortality association was also independent of the metabolic syndrome, diabetes, and prevalent cardiovascular disease but was attenuated by adjustment for IL-6 and C-reactive protein. In cause-specific analyses, low testosterone predicted an increased risk of cardiovascular and respiratory disease (HR mortality but was not significantly related to cancer death. Results were similar for bioavailable testosterone.