Will metformin cause muscle soreness?

Nelson Vergel said:
No wonder my IBS got better when I was on Metformin. I may try to start "Metformin Synergy" from Empower Pharmacy with Leucine and low dose sildenafil (yes, Viagra) to see if I do not lose muscle pump or get tired like I did with Metformin monotherapy 500 mg twice per day. I could use losing a few of my quarantine pounds also. These are not human studies but...

These results indicate that metformin suppresses NF-κB activation in intestinal epithelial cells and ameliorates murine colitis and colitis-associated tumorigenesis in mice, suggesting that metformin could be a potential therapeutic agent for the treatment of inflammatory bowel disease. Objective Metformin is used to treat type 2 diabetes. We sought to determine whether metformin reduces inflammation, by regulating p-signal transducer and activator of transcription 3 (STAT3) expression and T-helper 17 (Th17) cell proliferation, in a mouse model of inflammatory bowel disease...

I have tried this combination and found that I gained muscle and I believe your suspicions are correct, you will not lose your muscle pump or mass, as I did not. The muscle sensitizing effect on muscle seems to be profound in my case, subjectively speaking.

My pre-existing concerns of it's negative effects on attenuating the beneficial effects of exercise is still of concern.

Have you tried the combination of these three agents?
M

Nelson Vergel said:
Love Affair With Metformin: Still Strong, or Time to Move On?
.... "at $4 a month," it's hard to argue with the economics, she noted.

But these studies were mainly conducted in patients with high-risk type 2 diabetes who had a long duration of disease and already had cardiovascular disease (CVD) or a number of risk factors for it.

"So these data do not directly translate to 87% of our population," requiring first-line therapy for type 2 diabetes, Aroda argued.

She also pointed to safety, acknowledging, "We all know the potential for gastrointestinal disturbances with metformin and B12 deficiency," but this pales in comparison to the numerous safety warnings issued for newer drugs over the past few years, she said."

..."metformin does not address many of the core pathophysiologies of type 2 diabetes, she argued, and secondly, "you do not improve metabolic parameters as well as other [drugs] can." Although metformin lowers HbA1c, it is fairly neutral when it comes to any benefits on weight, blood pressure, and lipids, for example."

I'm a big fan of the evidence for semaglutide and have recently started taking it for personal researching. I may consider combining with canagliflozin once I get a feel for long-acting GLP-1. I will report back.

Metformin and Its Benefits in Improving Gut Microbiota

I was wondering if anyone had any thoughts on research (animal studies mostly) demonstrating that metformin treatment could increase A. muciniphila gut population.... Lee H, Ko G. Effect of metformin on metabolic improvement and gut microbiota. Appl Environ Microbiol. 2014 Oct;80(19):5935-43... 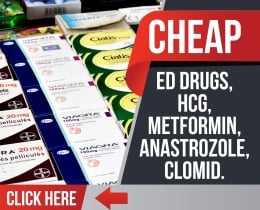