Gynecomastia, commonly described as the enlargement of the male breast tissue, is clinically characterized by the presence of a mass extending concentrically from the nipple (e.g., bilateral or rarely unilateral). Gynecomastia is the most common breast alteration in males [1], occurring more frequently during infancy, puberty, and old age [1, 2]: prevalence rates, as suggested by Johnson et al. [3], are 60–90 % in newborns, 50–60 % in adolescents, and 70 in men between 50 and 69 years.

Physical examination and careful medical history are invaluable tools in the assessment of a patient with breast enlargement. Palpation allows to rule out lipomastia, the accumulation of subareolar fat in the absence of a solid palpable disk of glandular tissue [4].

Histologically, true gynecomastia is mainly characterized by ductal epithelial hyperplasia and increase in stro- mal and periductal connective tissue [1], usually resulting from increased action of exogenous or endogenous estra- diol (E2) and absolutely or relatively reduced effects of androgens (i.e., testosterone, T) [5] (Table 1). Referrals to breast clinic assessment are increasing [6] for preventive, aesthetic, and therapeutic reasons; however, in most cases, gynecomastia resolves spontaneously [5, 7]. Despite its frequent benignity, it is often cause for psychological dis- tress [8]: fear of diseases (including breast cancer) and psychosocial discomfort are common complaints which should not be disregarded by the clinician [6, 8].

Physiological gynecomastia occurs in up to 25 % of patients [9]; likewise, no definite cause is identifiable in another 25 % of cases [9]. In the remaining half of the affected subjects, gynecomastia is either iatrogenic, or related to an underlying condition which should be iden- tified and treated (Table 2). 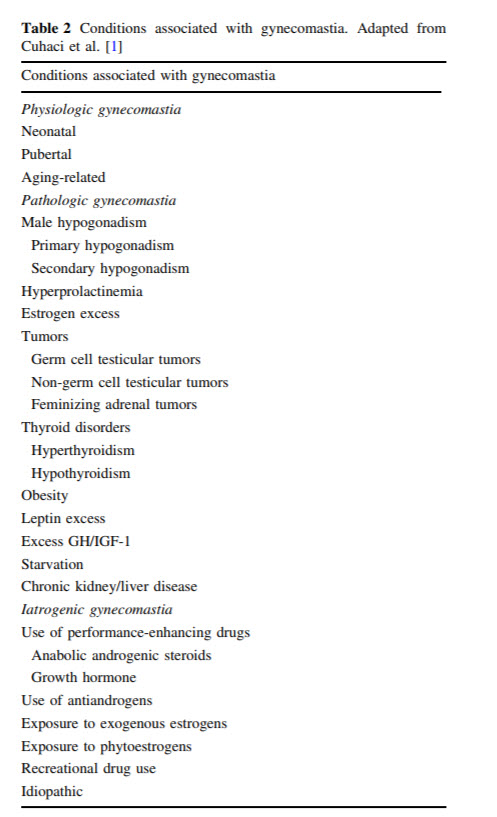 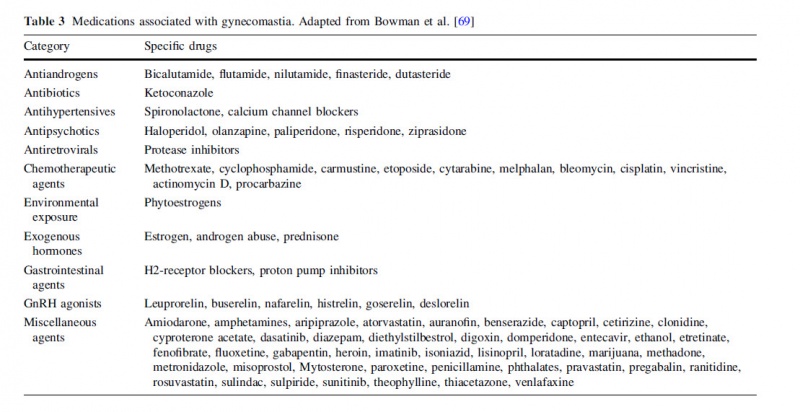 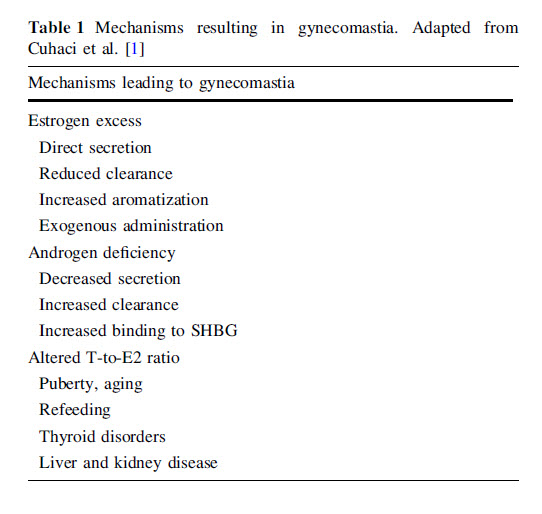