daily use of L-arginine, tadalafil and combined L-arginine with tadalafil in the treatment of elderly patients with ED

Comparison of the clinical efficacy of daily use of L-arginine, tadalafil and combined L-arginine with tadalafil in the treatment of elderly patients with erectile dysfunction.

The risk factors for ED may be classified into four categories, including (a) cardiovascular and metabolic disorders (such as diabetes mellitus, hypertension, hyperlipaemia and obesity), (b) andrological or urological diseases (such as lower urinary tract symptoms), (c) psychosomatic and psychiatric disorders (such as depression, psychological stress and antidepressants) and (d) lifestyle factors (such as smokers and sedentary lifestyle) (Beutel, Weidner, & Brahler, 2006; McMahon, 2019; Nguyen, Gabrielson, & Hellstrom, 2017).

Penile erection is a complex phenomenon that denotes a delicate organized balance among vascular, neurological and tissue compartments. It comprises penile arterial dilation, smooth muscle relaxation of trabecular tissues with stimulation of the mechanism of corporeal veno-occlusion (Gratzke et al., 2010).


This clinical study concluded that the combined daily use of L-arginine with tadalafil therapy for elderly male patients with ED for 6 weeks could significantly increase the SHIM scores and total testosterone levels in comparison to L-arginine alone, or tadalafil alone.

This study reported that the means of total testosterone before treatments among the study groups were insignificant (p ˃ .05). (Table 3). 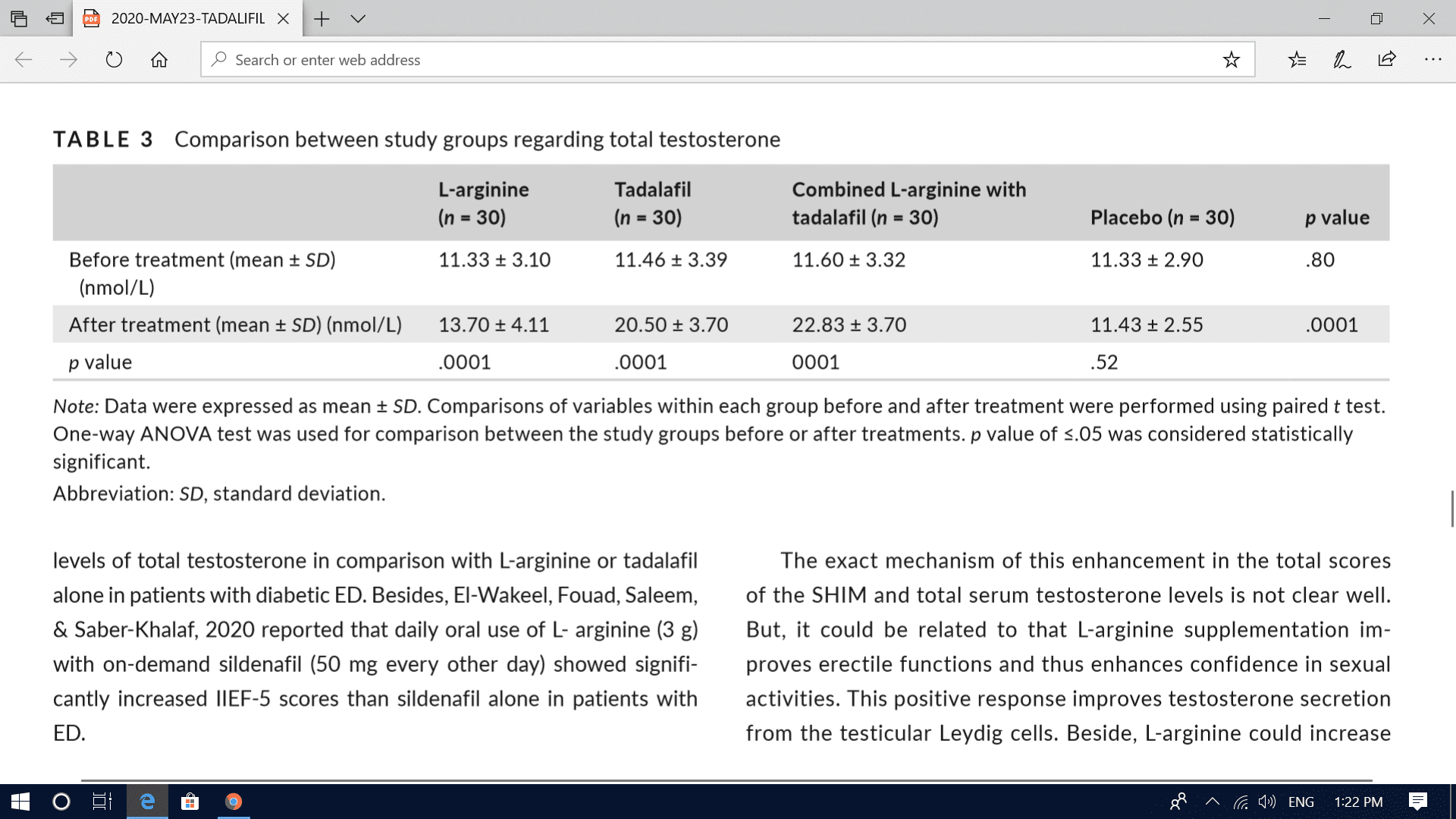