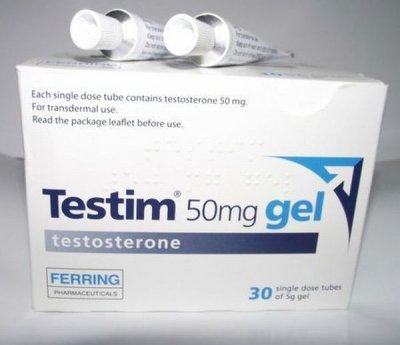 The Company believes that the unexpected decline in Testim revenues in the first quarter of 2014, and the anticipated impact on expected 2014 Testim total revenues, was, and could continue to be, respectively, influenced by several factors, including, but not necessarily limited to:

-- Downward pressure on prescriptions in the TRT gel market, due to (i)
recent communications by the U.S. Food and Drug Administration regarding
its plans to study the safety of TRT products; (ii) recent medical
journal publications suggesting potential health risks associated with
TRT products; (iii) extensive multimedia advertisement by plaintiffs'
attorneys regarding litigation against companies marketing TRT products;
and (iv) the commencement of such litigation against companies marketing
TRT products, including Auxilium, which the Company believes could result
in total prescription volume for the TRT gel market for full year 2014
being as much as 25% below 2013;

-- A greater-than-expected destocking of Testim inventory in the wholesale
and retail channels;

-- A greater-than-expected decrease in the Company's highest-margin
non-contracted prescriptions, resulting in a higher-than-expected average
rebate percentage applying to Testim sales as a whole; and

-- Specifically for the first quarter of 2014, the Company being required to
accrue a liability for the higher-than-expected rebates and allowances on
all Testim units estimated to be in the wholesale and retail distribution
channels.