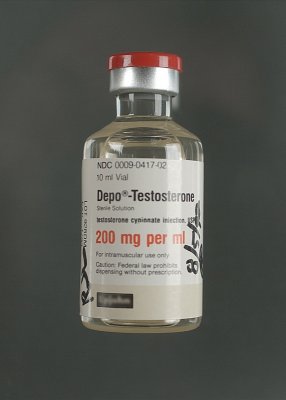 New York has placed testosterone as a schedule-2 controlled substance, which is regulated even more so than a schedule-3. Schedule 2 drugs usually have the greatest risk of addiction/abuse, typically reserved for drugs like morphine. I am not sure of the logic that placed testosterone within this category in NY.

The amount of a controlled substance that can be dispensed to a patient at one time depends on how the drug is scheduled in addition to the laws of each state where the prescription is filled, the pharmacists’ discretion, and the type of medication.

All prescriptions for controlled substances must include the following:

Schedule III and IV controlled substances cannot be filled or refilled more than 5 times or more than 6 months after the date the prescription was issued, whichever occurs first.

What do the different schedules mean?

Schedule I drugs, substances, or chemicals are defined as drugs with no currently accepted medical use and a high potential for abuse. Some examples of Schedule I drugs are:

Schedule II drugs, substances, or chemicals are defined as drugs with a high potential for abuse, with use potentially leading to severe psychological or physical dependence. These drugs are also considered dangerous. Some examples of Schedule II drugs are:

Schedule V drugs, substances, or chemicals are defined as drugs with lower potential for abuse than Schedule IV and consist of preparations containing limited quantities of certain narcotics. Schedule V drugs are generally used for antidiarrheal, antitussive, and analgesic purposes. Some examples of Schedule V drugs are: cough preparations with less than 200 milligrams of codeine or per 100 milliliters (Robitussin AC), Lomotil, Motofen, Lyrica, Parepectolin.