The role of androgen therapy in prostate cancer: from TRT to BAT

Testosterone replacement therapy (TRT) is the primary treatment for male testosterone deficiency. This therapy raises concerns over the risk of prostate cancer (PC) because testosterone has historically been considered the fuel for PC. We discuss the re-evaluation of the relationship between androgen and PC and highlight the safety of TRT in the treatment of symptomatic men with testosterone deficiency who have low-risk disease after treatment for localized PC with surgery or radiation. Furthermore, we review the clinical application and potential mechanisms of bipolar androgen therapy (BAT) in the treatment of castration-resistant PC, emphasizing that much remains to be done before BAT can be broadly applied.

Prostate cancer (PC) is a malignant condition with the highest incidence and second highest mortality rate among cancers affecting males in Europe and the United States [1]. The incidence of PC has stabilized in recent years, and the mortality rate is declining in most countries around the world [2,3]. Two decades of steep (4% per year on average) declines for PC have been attributed to earlier diagnosis through prostate-specific antigen (PSA) testing, as well as advances in treatments. By 2017, the PC death rate had dropped by 52% from its peak in 1993 [1]. But now that patients are living longer, with low levels of testosterone after PC treatment, the incidence of hypogonadism in men is increasing, and there are significant ethical and medical problems associated with treating this condition with testosterone replacement therapy (TRT).

Historically, it was thought that testosterone deficiency (TD) was mostly due to congenital hypogonadism, or gonadal failure caused by pituitary tumors or gonadal injuries [4]. However, it has been confirmed that many other clinical diseases, including pathological obesity, serious illness, and psychological stress, can also cause significant TD [5,6]. Male TD can cause a series of worrisome health problems [7], and TRT is currently the first choice for treatment. TRT has been shown to improve or even reverse these symptoms [8,9].

Androgen deprivation therapy (ADT) is currently the first-line treatment for advanced PC. However, numerous studies have shown that patients with ADT inevitably develop castration-resistant PC (CRPC) [14,15]. A variety of chemotherapy drugs have been approved for the treatment of CRPC. Docetaxel and carbam Q12 azel prevent mitosis by inhibiting tubulin depolymerization, resulting in cell death [16]. Morgans et al. found that ADT combined with docetaxel significantly improved median overall survival compared with ADT alone, but side effects of chemotherapy, such as hematological toxicity and neutropenia, often occurred [17]. The US Food and Drug Administration (FDA) has approved the use of abirater Q13 one acetate in patients with metastatic CRPC (mCRPC) before and after chemotherapy [18]. In addition, molecular targeting therapies and immunotherapies, such as olaparib and bevacizumab, have developed rapidly as a new direction of CRPC therapy, but at present, the treatment is expensive and can only be applied to a limited patient population, so further studies are needed.

CRPC cell lines express 30–90 times higher levels of AR than do normal prostate cells [19], so it seems paradoxical to administer androgen (male sex hormones, including testosterone) to CRPC patients. However, exposure to supraphysiologic levels of testosterone (SPT), followed by the rapid lowering of testosterone levels, can provide a therapeutic opportunity. Bipolar androgen therapy (BAT) is a novel strategy for the treatment of metastatic PC in which CRPC cells are rapidly exposed to supraphysiologic androgen levels, and then castration therapy is used to reduce androgen levels in the body. Multiple rapid hyperandrogenic–hypoandrogen cycles can restore tumor sensitivity to anti-androgen therapy and inhibit cancer cell growth[20]. Androgen, as an endogenous substance, seems to be safer than other complex and expensive treatments that carry the risk of severe adverse reactions and intolerance.


*The history of androgen therapy: discovery, development and disparity

*Bipolar androgen therapy: chance and challenge
-Supraphysiologic androgen therapy shows hope for treatment of CRPC
-Potential mechanisms of BAT in inhibiting the growth of prostate cancer
-The therapeutic effect of BAT in clinical trials
-Side effects of BAT and quality of life reports

The historical view of androgen as an energy source or driver of the malignant growth of PC has proven contradictory. Numerous studies have reported the safe results of TRT application in nonPC and PC populations, indicating that the actual health benefits of alleviating TD symptoms and improving quality of life might outweigh the theoretical but unproven risk of PC progression. New clinical and experimental data suggest that the high androgen levels induced by TRT could be protective against progression or subsequent tumor recurrence in early-stage PC. In metastatic or locally progressive PC, TRT is more likely to be discontinued owing to worsening clinical symptoms or PSA progression, which could be due to increased levels of AR and AR mutations in PC cells following endocrine therapy, resulting in increased sensitivity of cancer cells to androgens.

It is evident that TRT still needs to be used with caution in patients with progressive PC. But the indications from the available studies are that after rigorous screening, TRT can be applied to hypogonadism in patients with AS or low-risk PC after radical treatment.

BAT, which is based on studies of TRT, is an emerging innovative strategy that has changed our understanding of testosterone and its interaction with PC. Existing evidence supports BAT as an appropriate therapy for men with treated PC, particularly those men with low to moderate metastatic burden or castration-resistant cancer. However, not all patients exhibit a positive response to BAT, which is common in all cancer treatments, although it emphasizes that there is still much research to be done before BAT can be widely applied. 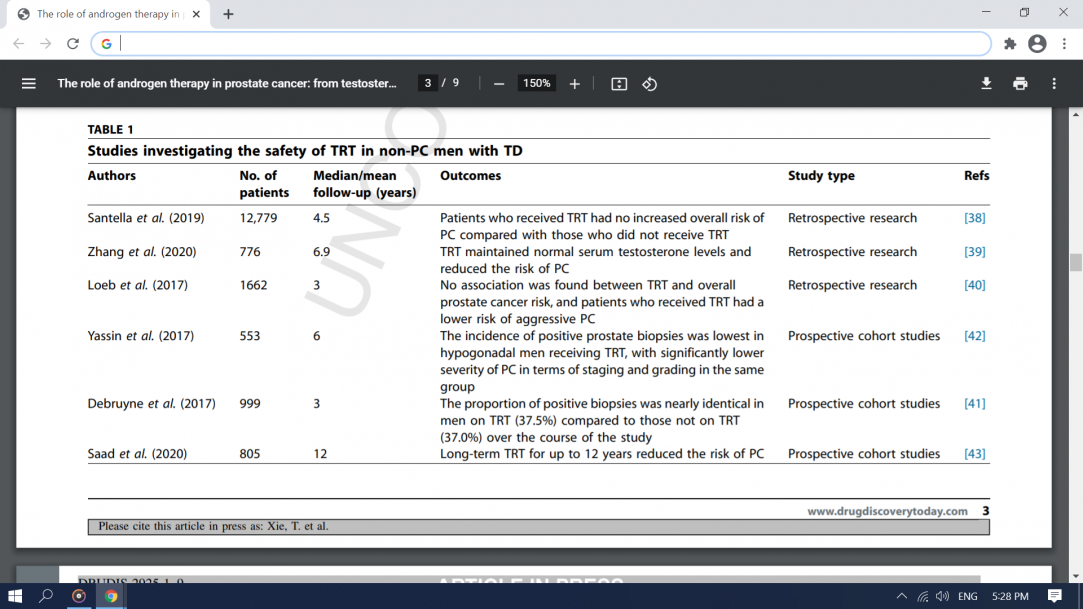 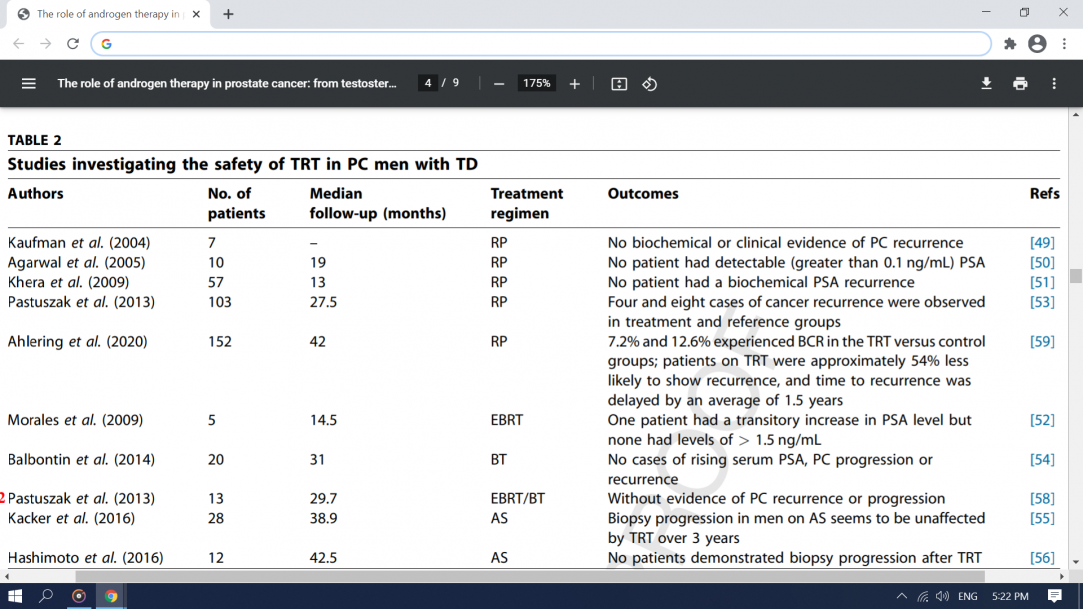 TABLE 3 A simple comparison between TRT and BAT 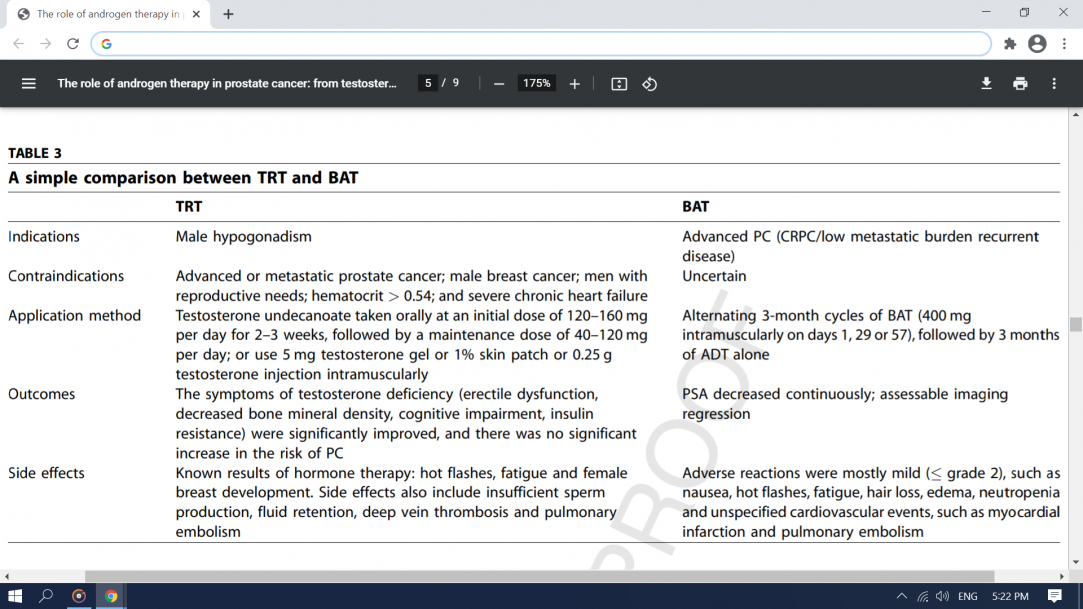 FIGURE 1 Potential mechanism of prostate cancer growth inhibition through high doses of androgen. (a) In the presence of high doses of androgen (pink spheres), androgen signaling leads to recruitment of AR (light purple squares) and TOP2b. TOP2b-mediated DNA DSBs in the regulatory regions of AR target genes results in DNA damage and cell apoptosis. (b) Activation of AR occurs at certain ARBSs and acts as a transcriptional repressor through the recruitment of LSD1 and the demethylation of activating histone marks (H3K4me1 and H3K4me2), resulting in reduced expression of full-length AR and the generation of spliced variants. (c) Under the condition of high doses of androgen, activated AR binds to the protein ORS. Ligand-dependent stabilization of AR during mitosis might inhibit the Q1 degradation of AR in M phase, preventing re-licensing for DNA replication during G1, resulting in S-phase arrest. 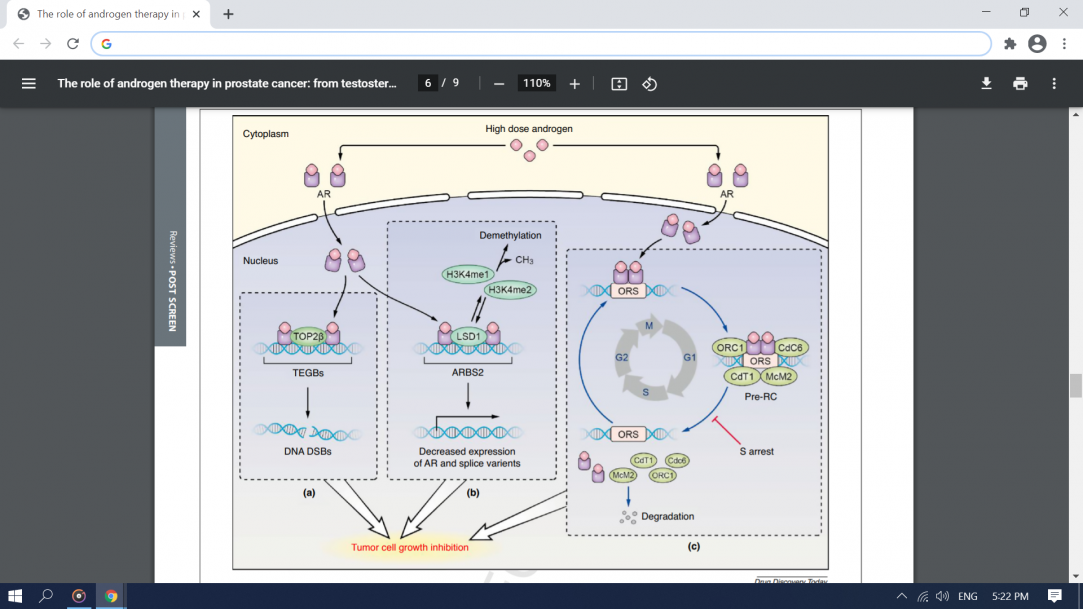 You've posted a few prostate cancer(PC)/TRT articles @madman, would you take TRT if you developed prostate cancer? From what I can tell there is a lot of ambiguity around TRT in a PC setting. I'd probably be tempted to argue for taking it despite the PC. Curious if you have thought about it.

Joe Sixpack said:
You've posted a few prostate cancer(PC)/TRT articles @madman, would you take TRT if you developed prostate cancer? From what I can tell there is a lot of ambiguity around TRT in a PC setting. I'd probably be tempted to argue for taking it despite the PC. Curious if you have thought about it.
Click to expand...

Not sure how I would feel if I was diagnosed at a younger age let alone what it would be like suffering from low-t and having PC.
W

From my employer. This isn't new, but still not widespread news. ADT fueling Metastasis -

Is It Time for New Strategies to Treat Aggressive Prostate Cancer?

A new URMC study confirms that androgen deprivation therapy, which initially shrinks aggressive prostate tumors, is a double-edged sword that ultimately might fuel the spread of cancer.

I'm 49 and I've been on TRT for 3 years. I felt like i was 20 again. I stopped a month ago because I have Prostate cancer. March 22nd I'm having it removed. The cancer is stage II but very aggressive. Gleason score 8 I'm praying to god every day I can get back on TRT after my surgery.
J

Bruce K said:
I'm 49 and I've been on TRT for 3 years. I felt like i was 20 again. I stopped a month ago because I have Prostate cancer. March 22nd I'm having it removed. The cancer is stage II but very aggressive. Gleason score 8 I'm praying to god every day I can get back on TRT after my surgery.
Click to expand...

Good luck my friend. You are way too young to be having to deal w/ this.

Bruce K said:
I'm 49 and I've been on TRT for 3 years. I felt like i was 20 again. I stopped a month ago because I have Prostate cancer. March 22nd I'm having it removed. The cancer is stage II but very aggressive. Gleason score 8 I'm praying to god every day I can get back on TRT after my surgery.
Click to expand...

Good luck with the surgery. Let us know how you are doing.

Good luck with the surgery