EH Sparing Vaporization of the Prostate and its Impact on Erectile, Ejaculatory, and Sexual Function

Objective: To assess the impact of Ejaculatory Hood (EH)-sparing TUVP on sexual function, with a specific focus on erectile and ejaculatory function.

Methods: We studied 25 patients who underwent EH-sparing Photo Selective Vaporization of the Prostate using the Greenlight Laser (PVP) or Bipolar Button Plasma Vaporization of the Prostate (BPVP) from August 2016 – March 2018. All patients were sexually active with anterograde ejaculation prior to treatment. Patients completed the Male Sexual Health Questionnaire (MSHQ) and AUA Symptom Score pre- and post-operatively. We compared pre-procedure sexual function with post-procedure sexual function at 1- and 3-month intervals. A logistic regression model was used to identify predictors of improvement in sexual function.


Introduction: Benign prostatic hyperplasia (BPH) is the fourth most common disorder in aging men, reported in more than 97% of men by 70 years of age.1 The gold standard of surgical treatment for lower urinary tract symptoms (LUTS) secondary to BPH is transurethral resection of the prostate (TURP).2 However, with the development of transurethral techniques that reduce the associated ejaculatory and erectile dysfunction, standard TURP has declined in usage over the past decade in favor of these modified approaches. 3-5

One of these modified techniques is ejaculatory hood (EH)-sparing transurethral vaporization of the prostate (TUVP). EH-sparing TUVP is accomplished by surface vaporization of the prostate and avoidance of the ejaculatory hood (the apical paracollicular and supracollicular tissue proximal to the verumontanum), the ejaculatory ducts, and genital sphincter.6 Preservation of these anatomic structures allows for the conservation of anterograde ejaculation. The reported rates of ejaculation preservation using the EH-sparing technique range from 80 – 96%.6-10

An association between BPH and erectile dysfunction has been established,13 with evidence that increased LUTS is associated with increased sexual dysfunction.14 Both disorders respond to the phosphodiesterase 5 inhibitor tadalafil, which lends further credence to a shared pathophysiologic mechanism.15, 16 While the pathophysiology is not clearly understood, metabolic syndrome is commonly associated with both disorders,17 and microvascular dysfunction of the penis, and lower urinary tract has been proposed as a unifying mechanism.18 We found that patients with more severe LUTS were more likely to experience improvement in MSHQ scores after EH-sparing TUVP, which has not previously been described. Further investigation into this observation may shed more light on the pathophysiologic connection of LUTS and sexual dysfunction.

This study is limited by its smaller sample size and the fact that all procedures were performed at a single institution with a patient cohort that may differ from the general population. Two providers performed all procedures, and the reproducibility of their EH-sparing technique is unknown. The duration of follow-up was limited to 3 months. A longer period of follow-up is needed to ascertain whether the improvements experienced by this cohort are durable. Future multi-institutional studies that prospectively examine the effect of EH-sparing TUVP on sexual function are needed to validate our results and elicit which patient characteristics are associated with improvements in sexual function. 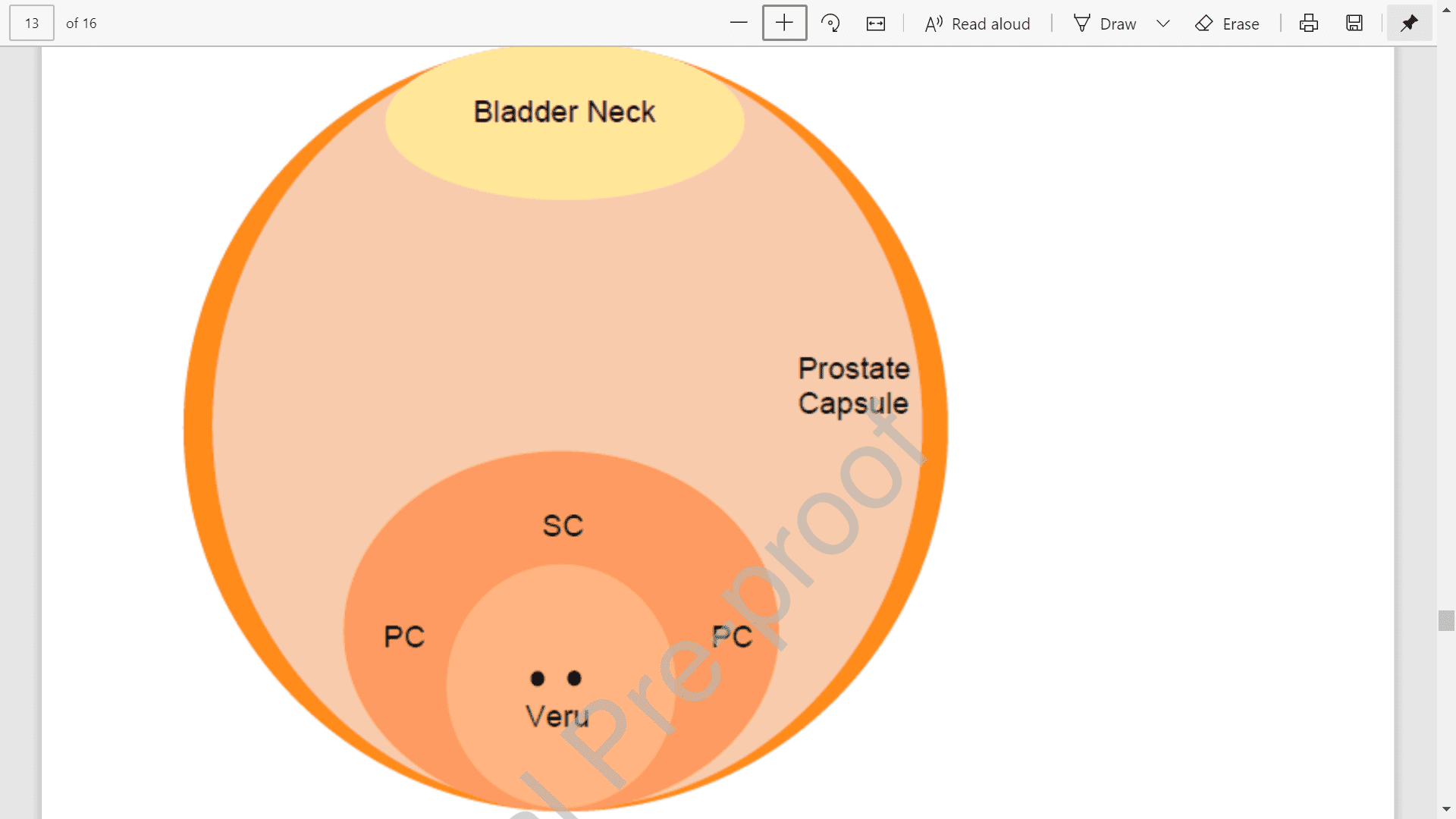 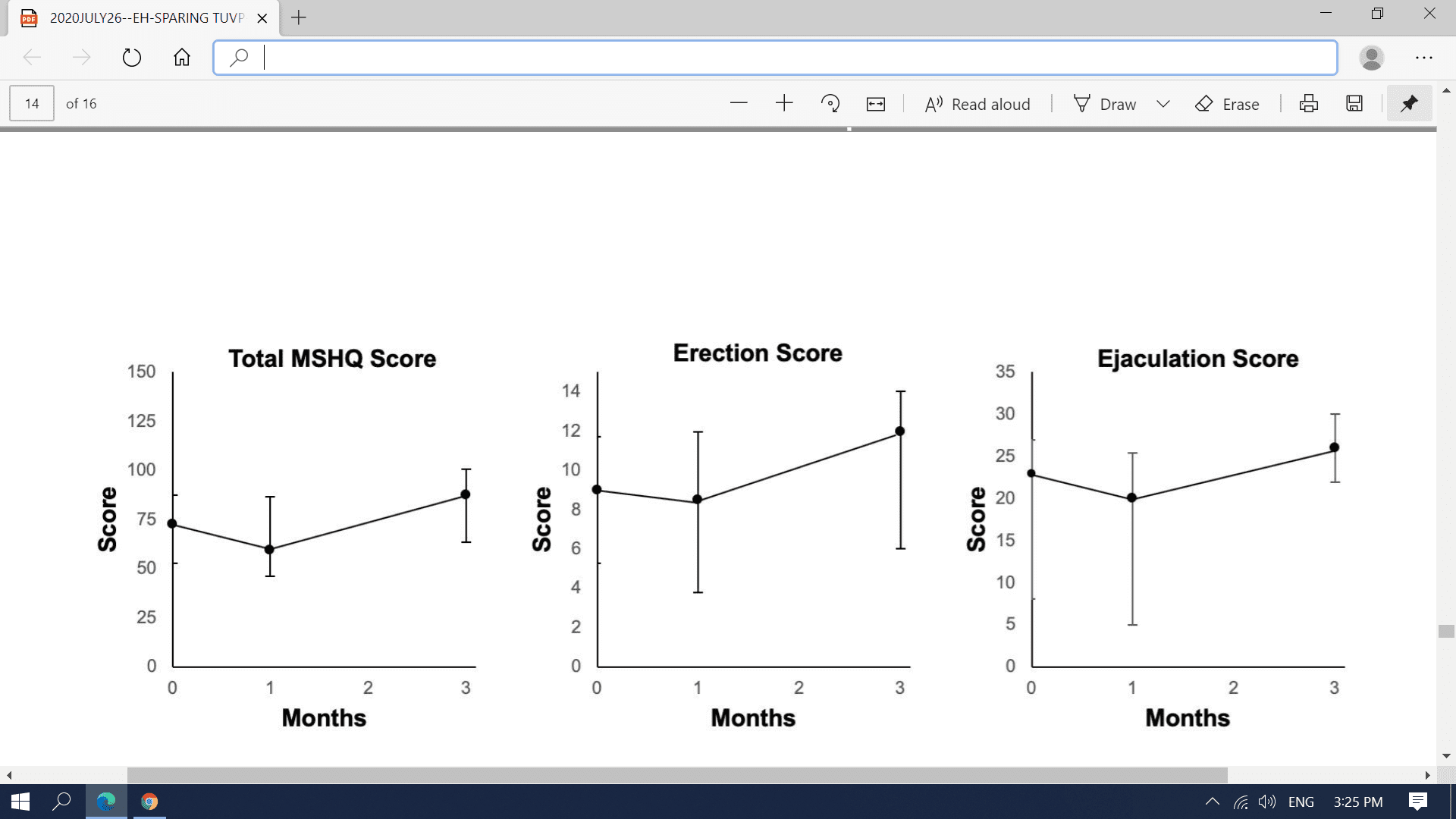 Figure 2: MSHQ score median and interquartile range at 0, 1, and 3 months. 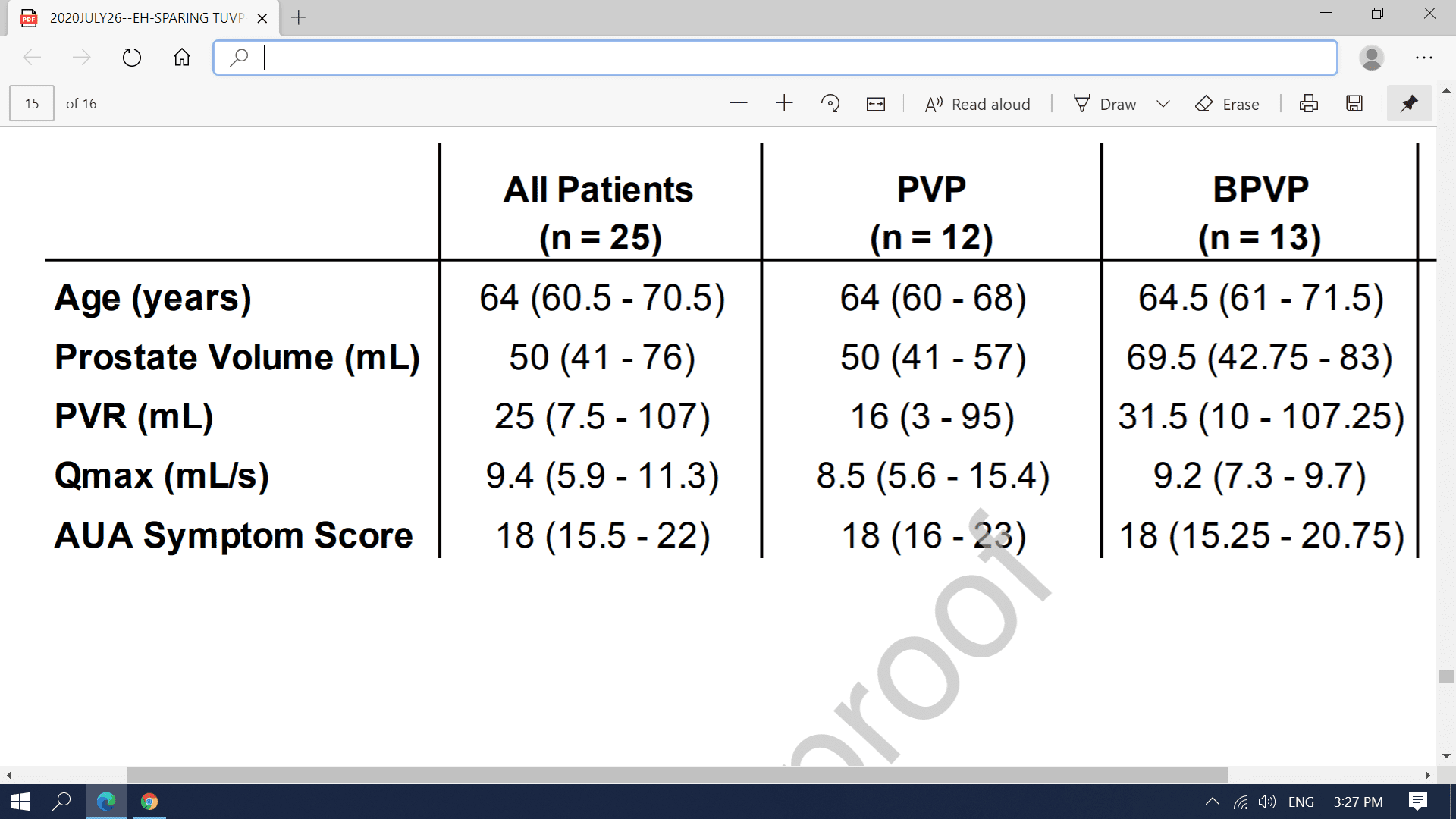 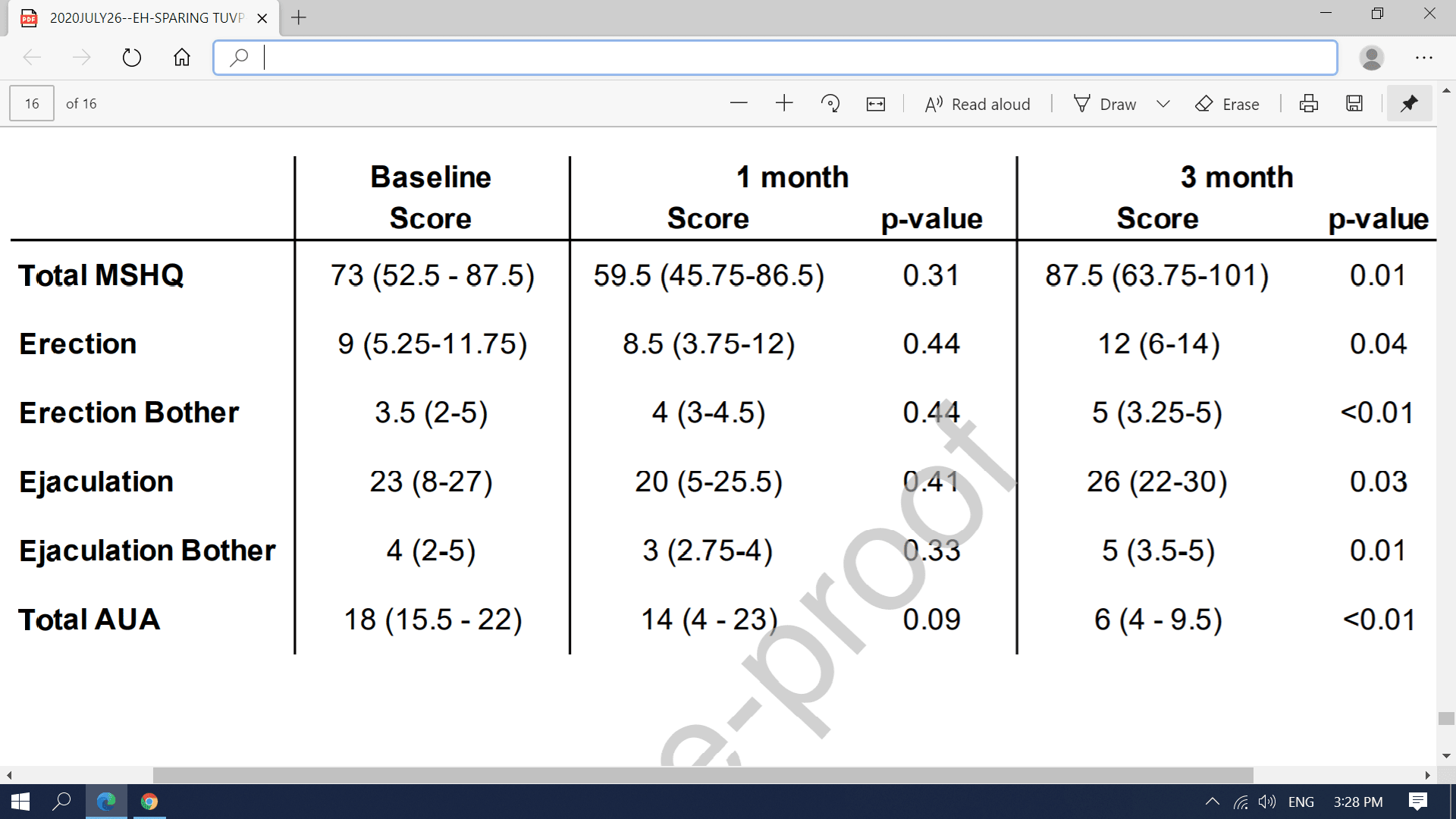 pretty interesting that the average erection score got better from the operation. Thanks for the post Madman.
B