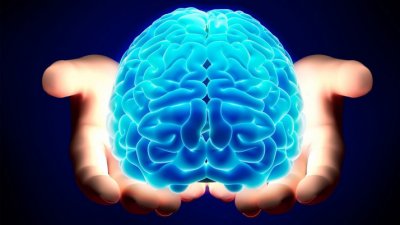 As you age, it's almost inevitable that you will experience somewhat of a decline in cognitive performance. Short-term memory loss, lack of mental focus, problem solving difficulties, low motivation and mood disturbances can all be indicative of this age-related decline.

At best, these issues can be an annoying inconvenience, such as forgetting where you parked your car at the mall or trying to remember the name of a business associate you met last week. At worst, they may be a prelude to more serious dementia related diseases.

People often dismiss these kinds of incidents with humor, calling them “senior moments”, but the thought of losing your independence and self-awareness is a terrifying prospect. A visit to any nursing home can be a stark reminder of why you need to start protecting your brain against age-related deterioration as soon as possible.

The upside to all of this dementia related doom and gloom, is that we are fortunate enough to be living in a time where we have the ability to mitigate much of this cognitive decline by taking specific nutritional supplements.

In order for any supplement to be deemed effective at maintaining the integrity and function of the brain, they must address these key factors:

The following five nutrients have been shown in numerous studies to be highly effective at addressing the key factors for protecting against age-related decline in cognitive function.

Acetyl-L-Carnitine (ALCAR) is an acetylated form of L-Carnitine that enables it to cross the blood brain barrier and neural cell membranes where it exerts its effects. ALCAR acts as a powerful antioxidant in the brain, preventing neurotoxicity and lipid peroxidation of cell membranes caused by oxidative stress.

It also serves as a metabolite for energy production in the mitochondria, often described as the “power plants” of the body's cells. In addition, ALCAR supplementation increases an enzyme called acetylcoenzyme A in the brain, which facilitates production of the neurotransmitter acetylcholine.

ALCAR has been shown in several studies to help prevent age-related dementia and may even be protective against the on set of Alzheimer's disease. It can also improve mental focus, depression, short-term memory loss and mental fatigue. Early research has further demonstrated a possible neuro-protective effect against brain trauma.

Take 1000 to 2000 mg per day, first thing in the morning on an empty stomach. Because of its potential stimulatory effect in some individuals, it's best to avoid taking ALCAR later in the day, as this can cause sleeplessness.

DHA is often called brain food because the highest concentrations of it are found in the brain. As we age levels of DHA in the brain begin to decline, especially in areas associated with memory recall. Some studies have shown that individuals with DHA deficiency suffer from cognitive insufficiency and are at a greater risk for Alzheimer's disease.

Having healthy levels of DHA helps to protect the brain in three distinct ways:

1. It acts as an anti-inflammatory that protects brain cells from pro-inflammatory molecules.
2. It enables better communication between brain cells and helps cell membranes to maintain their fluidity.
3. DHA aids brain tissue recovery from traumatic injury, by converting into healing compounds called protectins.

Supplemental DHA daily can be beneficial in preventing age-related memory loss, maintaining learning abilities and improving attention deficit disorders. It can also be a valuable tool for healing cognitive impairment caused by a seizure, stroke or traumatic brain injury.

In addition to eating fatty fish two times per week, take a high dose DHA supplement at 200 to 1,000 mg per day with meals.

Phosphatidylserine (PS) is a phospholipid that accounts for 70 percent of the inner structure of cell membranes. PS plays a vital role in neurotransmitter production (specifically acetylcholine, dopamine and adrenaline), reducing tissue inflammation and the activation of nutrient transport.

After the age of 25, the level of PS in the brain begins to decline over time, making cell-to-cell communication less efficient. This can lead to problems with memory recall, as well as learning difficulties. Some researchers speculate that this is the reason why some adults find it challenging to acquire new skills.

Supplementing with PS can help restore youthful levels of this important phospholipid, thereby maintaining cell membrane integrity and facilitating cell-to-cell communication in your brain. The net benefit is a slowing of age-related brain deterioration and better cognitive function in terms of memory and mood.

Vinpocetine is an extract from the periwinkle flower that has been traditionally used to treat age-related memory loss. Several studies have shown that vinpocentine enhances blood flow and circulation in the brain, which may be beneficial for those suffering from stroke related impairment and vascular dementia.

Because vinpocentine is so effective at enhancing cerebral blood flow, it increases the brains ability to utilize both glucose and oxygen. It also improves electrical impulses between nerve cells for better conductivity.

Vinpocetine may help individuals suffering from dementia caused by cerebral blood flow impairment. It has also been shown to improve short-term memory recall, concentration and learning.

Alpha-GPC is a choline compound found in high concentrations in the brain and it acts as a precursor to the neurotransmitter acetylcholine. Supplemental intake has been shown to enhance memory and cognitive performance in adults.

Unlike other choline supplements, Alpha-GPC has the ability to easily cross over the blood-brain barrier into the brain, where it has demonstrated a unique ability to reverse the early stages of senile dementia. Alpha-GPC has also been proven to temporarily increase growth hormone output from the pituitary gland in the brain.

Alpha-GPC can not only slow cognitive decline as you age, but it has actually been shown to reverse some forms of dementia, improve memory recall and may even help to prevent the onset of Alzheimer's disease.

The thought of growing old and “losing our marbles” is a frightening prospect that none of us should have to face. But in order to avoid such a grim fate, it's imperative that you take preventative measures to protect your brain against the ravages of age-related deterioration.

Along with a healthy diet, moderate exercise and restful sleep, taking brain supportive supplements such as Acetyl-L-Carnitine, DHA, Phosphatidylserine, Vinpocetine and Alpha-GPC, can be just the thing to help you outsmart Father time!

J.W. Simpkins is a nutrition and exercise coach, specializing in men's health and performance. You can read more of his articles at his blog Fit Men Over 40.

Love the article, JwSimpkins. Thanks a lot for sharing it.

Nelson Vergel said:
Love the article, JwSimpkins. Thanks a lot for sharing it.
Click to expand...

My Doc prescribes Selegline for it's neuro protective benefits. I take a very low dose of 3 mg daily for its neuro-protective affects.

There is controversy about the need to watch for high tyramine foods while on oral selegiline since you can have a dangerous hypertensive crisis (high blood pressure spike)
http://www.mc.vanderbilt.edu/documents/neurology/files/Tyramine Menu Book 06227101.pdf

For those with insurance, the selegiline patch (EMSAM) is approved for depression.

In February 2006 the US Food and Drug Administration approved Emsam (selegiline), the first transdermal patch for use in treating major depression. The once a day patch works by delivering selegiline through the skin and into the bloodstream. Emsam can be used without the dietary restrictions that are needed for all oral MAO inhibitors that are approved for treating major depression, although the FDA requires warnings concerning dietary restrictions for the 9 and 12 mg doses due to theoretical concerns not supported by any reports of adverse events. It comes in three sizes that deliver 6, 9, or 12 mg of selegiline per 24 hours. The patch is a matrix containing three layers consisting of a backing, an adhesive drug layer, and a release liner that is placed against the skin.

At the low doses we are using Selegline here and foods high in tyramine is not of great concern.

I've been on it for 4 years with no problems whatsoever...but that's just me.

The guys on my other group love it. I do not take it since I tried it and made me too hyper even at low doses. But I think it is a good drug for sure.
D

I just started deprenyl/selegiline about a week ago and my response to it has been nothing short of remarkable. Its as if a veil has been lifted to reveal a brighter, clearer world. My motivation and mood had improved with TRT and I have had some good luck with some racetams, but this substance has brought me to a whole new level. My guess is that I have struggled with low grade depression most of my life but never recognized it as such because it wasn't really debilitating. I used to refer to it as "low energy", "fog", or simply irritation. I have started with 4mg per day and we'll see how it goes from there. I have said this before, but I can't thank all the guys on this site enough for sharing their experiences and helping me to learn how to live an optimum life, and of course, in particular, Nelson Vergel for providing the format.
E

Gene Devine said:
My Doc prescribes Selegline for it's neuro protective benefits. I take a very low dose of 3 mg daily for its neuro-protective affects.

It is great that you have a progressive doc that will prescribe this!

"
Before this interview, I had a rough idea of what neuroplasticity is... but I missed a key, key piece: I had seen it as something that we had a lot of in our youth but were doomed to lose over time. Dr. Mezenich (one of the most recognized and honored scientists in this field) helped me to understand how our brains form thoughts, and that this is always fluid.
In practice, this means that brain diminishment is not pre-determined and that there are some very direct (often simple and fun) steps we can take to keep that organ in our head functioning at its full ability. His research shows that we can improve our clarity and ability to form memories well into our nineties and beyond!

What matters more than this?"