Any comments on this algorithm? 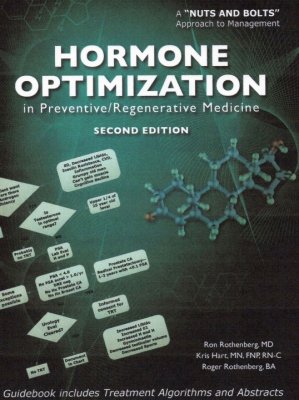 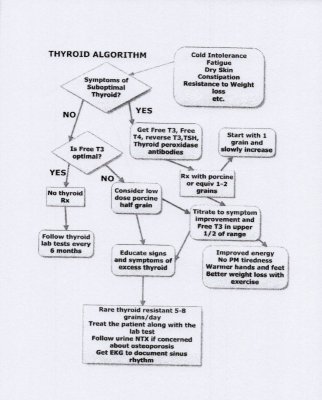 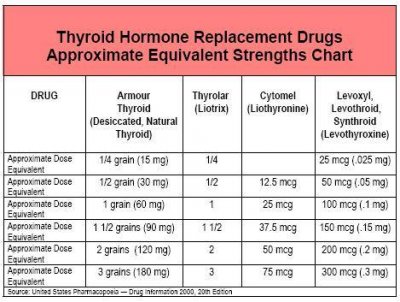 That thyroid algorithm needs to have ferritin at a minimum, or a full iron panel, added before starting thyroid meds. I had to find this out the hard way, and most doctors don't know about the connection.

I could not tolerate any thyroid hormone, I got hyper symptoms from the smallest dose, until I corrected low ferritin.

I agree with Harry, regarding ferritin ... Iron, magnesium, D3, and even other variables like electrolytes should be factored in as well. The iron/ferritin, and even cortisol are usually the primary areas to address first, then on to the others.

They tapped on RT3 in one of the pathway blocks, but there's nothing else elaborating on it. So where the FT3 says to consider low dose of porcine or thyroid med "if" it's not "optimal", I would say to get the comparisons with your RT3 before any of that begins. Like in Harry's case, ferritin could be an issue, and one good starting point to know there is a problem will be comparing the ratios on RT3 against FT3. If there's an iron, ferritin or cortisol problem, RT3 will be more than likely be problematic.

If RT3 is problematic, then the last thing a person will want to do is start thyroid treatment. If areas like "ferritin" are low, Free T3 "won't" be getting into the cells of the body, instead it will pool, build, and T4 will convert even more RT3. I think the algorithm should be a little more specific with some of that, maybe just another pathway block or two ...

Also, just my .02 ... I would suggest everyone Do Not just titrate til they get into the "upper half" of reference range. Usually 50% to 80% (at most) is sufficient "when" RT3 is optimal, but like testosterone, there's always some that do better at the top.
Last edited: Jun 5, 2015 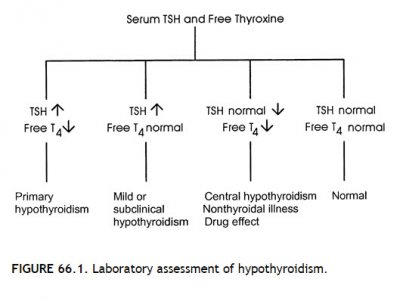 johann said:
What do you consider low ferritin?

I'm having problem with my Iron, as I have Hemochromatosis but my ferritin is at the low end but high iron and high saturation.

Ferritin under 55 is low 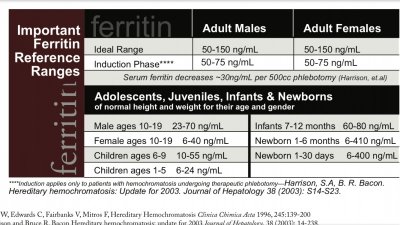