The Fractional CO2 Laser for the Treatment of GSM of Menopause


Background and Objectives: Genitourinary syndrome of menopause (GSM) is a common condition affecting most postmenopausal women, which greatly impacts the quality of life, and needs to treat. This prospective multicenter cohort study aimed to compare the efficacy and safety of the fractional carbon dioxide (CO2) laser with that of topical estrogen for vaginal treatment and relieving symptoms of genitourinary syndrome of menopause (GSM).

Study Design/Materials and Methods: This study included 162 postmenopausal patients who received vaginal laser or topical Estriol cream therapy between January 2017 and May 2019 at eight study centers in China. The degree of GSM‐related symptoms (vaginal burning, dryness, and dyspareunia) was evaluated using the Vaginal Health Index score (VHIS) and Visual Analog Scale (VAS) at baseline, 1, 3, 6, and 12 months posttreatment. The primary endpoint was the improvement in vaginal burning, dryness, and dyspareunia at 6 months after treatment. Multivariate logistic regression was used to compare the rate of improvement in the two groups.

Conclusions: Fractional CO2 laser vaginal treatment could be a safe and effective option for treating symptoms of GSM, including vaginal burning, dryness, and dyspareunia. The improvement in symptoms was comparable with that seen with topical estrogen therapy and lasted for at least 6–12 months posttreatment.

Genitourinary syndrome of menopause (GSM) is a series of symptoms and clinical signs associated with the female genital tract caused by estrogen deficiency. It is characterized by atrophy of the mucous membranes and skin of the vulva, vagina, urethra, and bladder [1]. It is also known as vulvovaginal atrophy (VVA) and atrophic vaginitis. However, since VVA does not include the effects of estrogen deficiency on the urinary system, this condition has currently been named GSM [2]. With the increasing life expectancy in China, postmenopausal women are likely to live in an estrogen‐deficient state for more than one‐third of their lives. GSM is a common condition affecting 50%–80% of postmenopausal women. It greatly impacts the quality of life, sexual function, and causes significant emotional distress [3,4]. The incidence of GSM increases with living longer after menopause, and the symptoms tend to worsen over time. Although the symptoms are unlikely to resolve without treatment, only around 20% of patients seek medical attention [5]. However, the number of postmenopausal women seeking treatment for GSM is rising with increasing requirements for a better quality of life.

With the decline in estrogen levels, the tissue of the vagina undergoes various changes, including thinning of the vaginal epithelium, narrowing of the vaginal canal, and loss of elasticity and rugations. Meanwhile, the vulvar area, particularly the mucous membrane of the vestibular, becomes atrophic and more vulnerable to bleeding and tearing in response to minimal trauma. The common manifestations include itching, burning, dryness, irritation, dysuria, and dyspareunia associated with the reduction of lubrication and elasticity of the vagina [1,2]. At present, there are several treatment options for alleviating GSM symptoms. Symptomatic treatment is the mainstay therapy and includes vaginal hormonal medications, nonhormonal products, and behavioral modifications. Topical hormonal treatment is the first‐line therapy for improving vaginal symptoms and restoring epithelial integrity and vaginal flora [6]. However, hormonal therapy may also have side effects, such as the increased risk of venous thromboembolism and estrogen-dependent gynecological malignancies, especially with oral hormones. Therefore, there is an increasing need for other treatments for GSM.

In recent years, fractional laser technology has been introduced and rapidly applied in various fields of medicine. It has become the most popular cosmetic (skin) and female reproductive function recovery technology. Laser technology has also been applied for the treatment of VVA. Previous studies have shown that fractional carbon dioxide (CO2) laser is effective and safe for improving vaginal symptoms associated with GSM [7–11]. A small, controlled study has shown that Er: YAG laser treatment successfully relieved symptoms of GSM, and the results were more pronounced and longer‐lasting compared with a topical Estriol treatment [12]. However, the previous study had some limitations, including a small sample size, short follow‐up time, lack of large‐sample multicenter research, and the complications following vaginal laser treatment. We, therefore, conducted this multicenter prospective cohort study to compare the efficacy and safety of fractional CO2 laser treatment with topical estrogen therapy for vaginal symptoms and treatment of GSM.

In conclusion, fractional CO2 laser therapy is an effective, improved, and alternative method to alleviate vaginal burning, vaginal dryness, and dyspareunia associated with menopause, especially in patients who are survivors of an estrogen‐dependent malignancy [32]. At 1 month after posttreatment, it was more effective than a topical Estriol treatment, and the effects lasted for 6–12 months. We have established the indications, evaluation criteria, and steps to avoid complications associated with this treatment method. The operation is relatively simple and can be performed without anesthesia at an outpatient clinic. 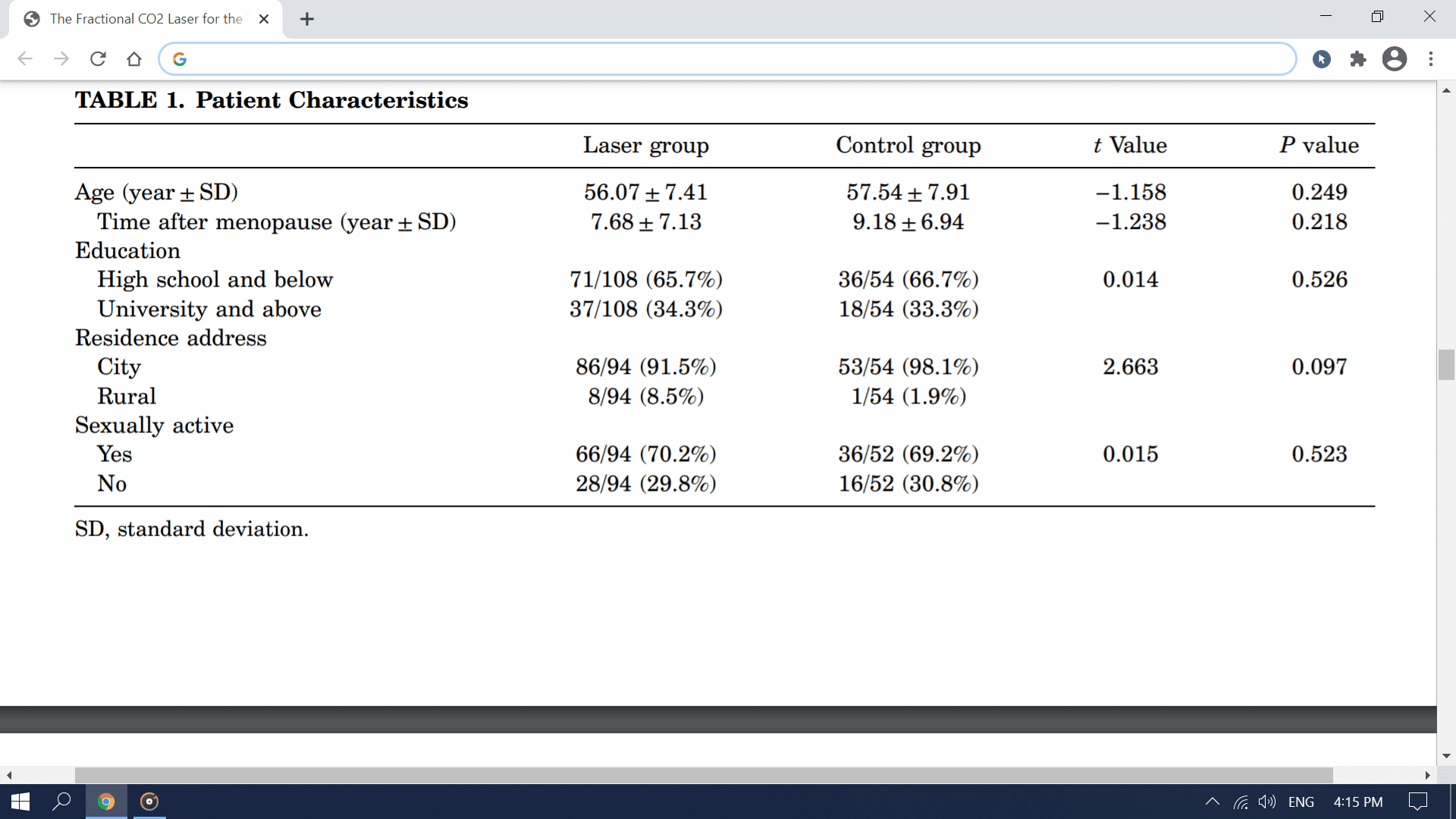 TABLE 2. Analysis of Factors That Influence VAS at 6 Months Posttreatment 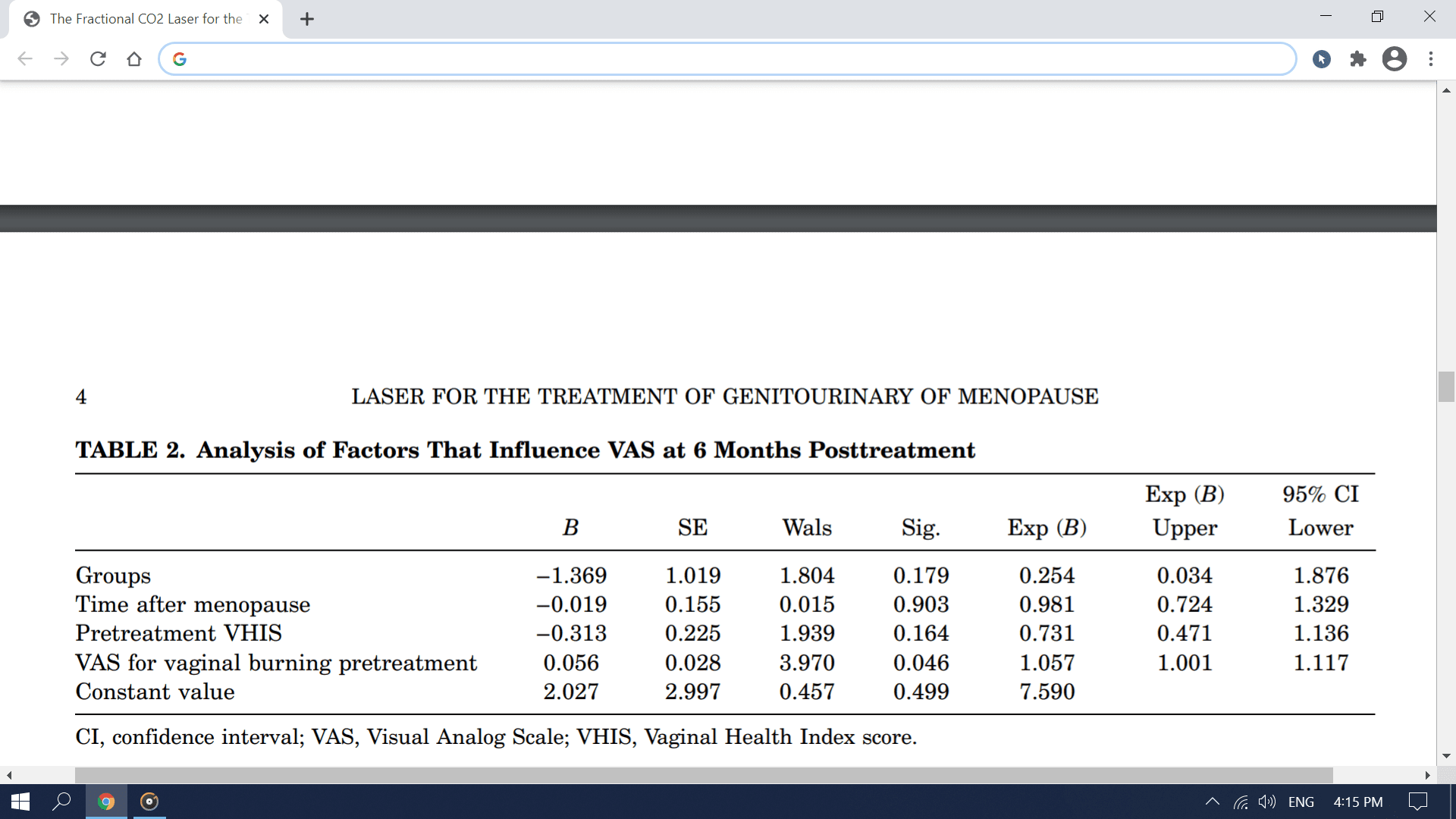 TABLE 3. Comparison of the VHIS Before and After Treatment (χ ± s) 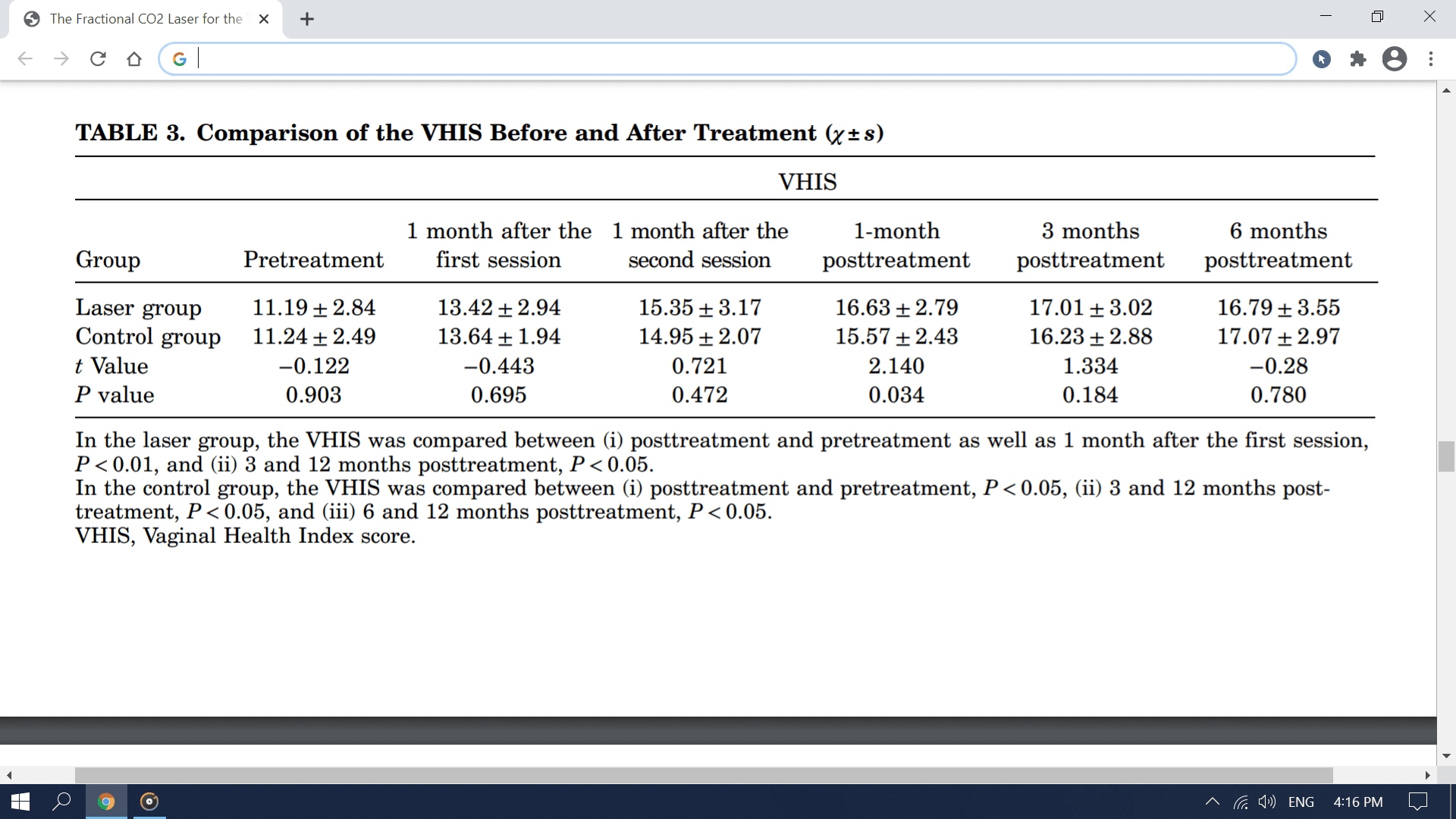 TABLE 4. Analysis of Factors That Influence VHIS at 6 Months Posttreatment 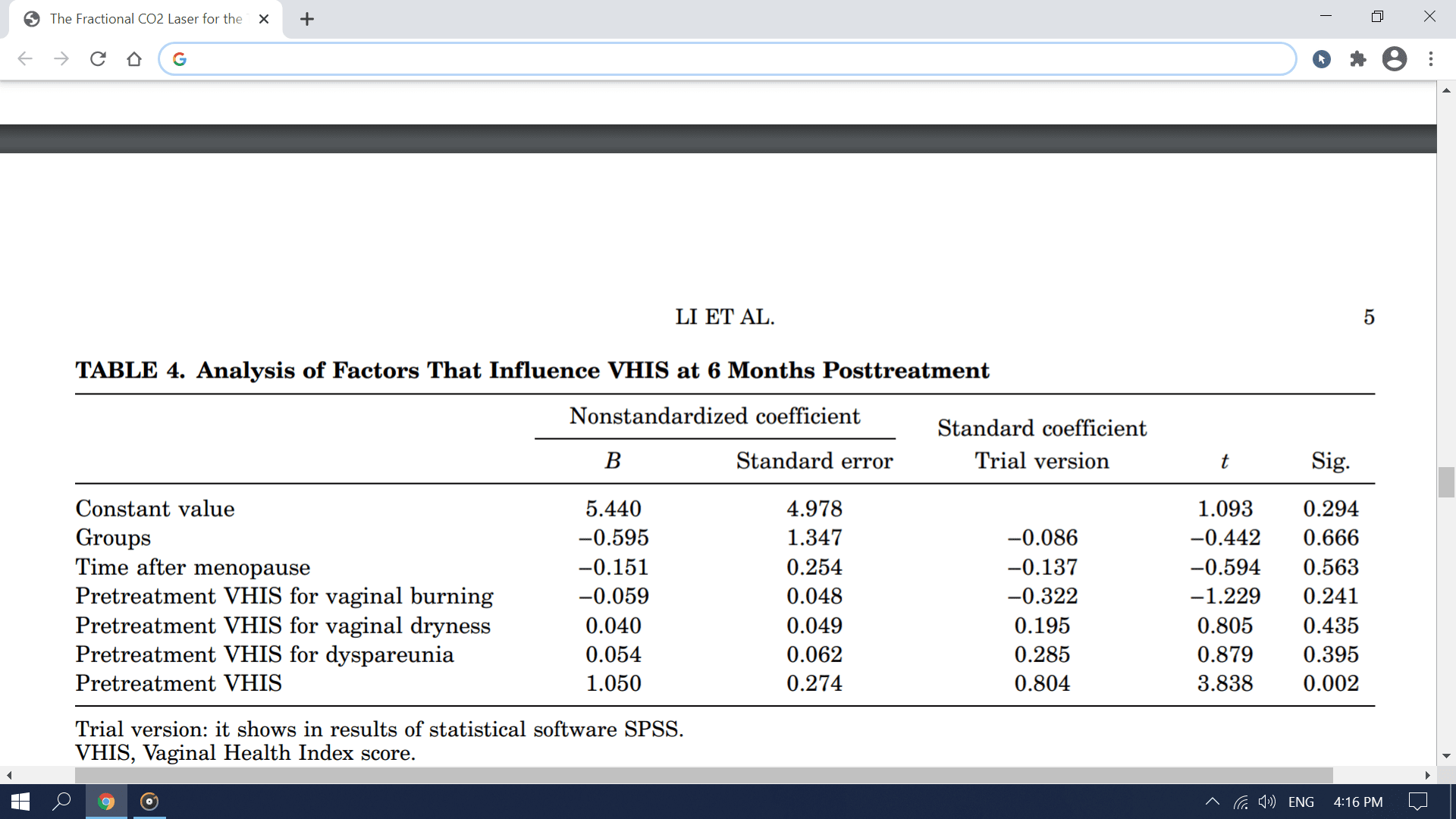 Fig. 1. Comparison of improvement in symptoms of genitourinary syndrome of menopause 1, 3, and 6 months posttreatment in the two groups. Foundation item: Chinese Association of Plastics and Aesthetics (FRPR201601‐01) 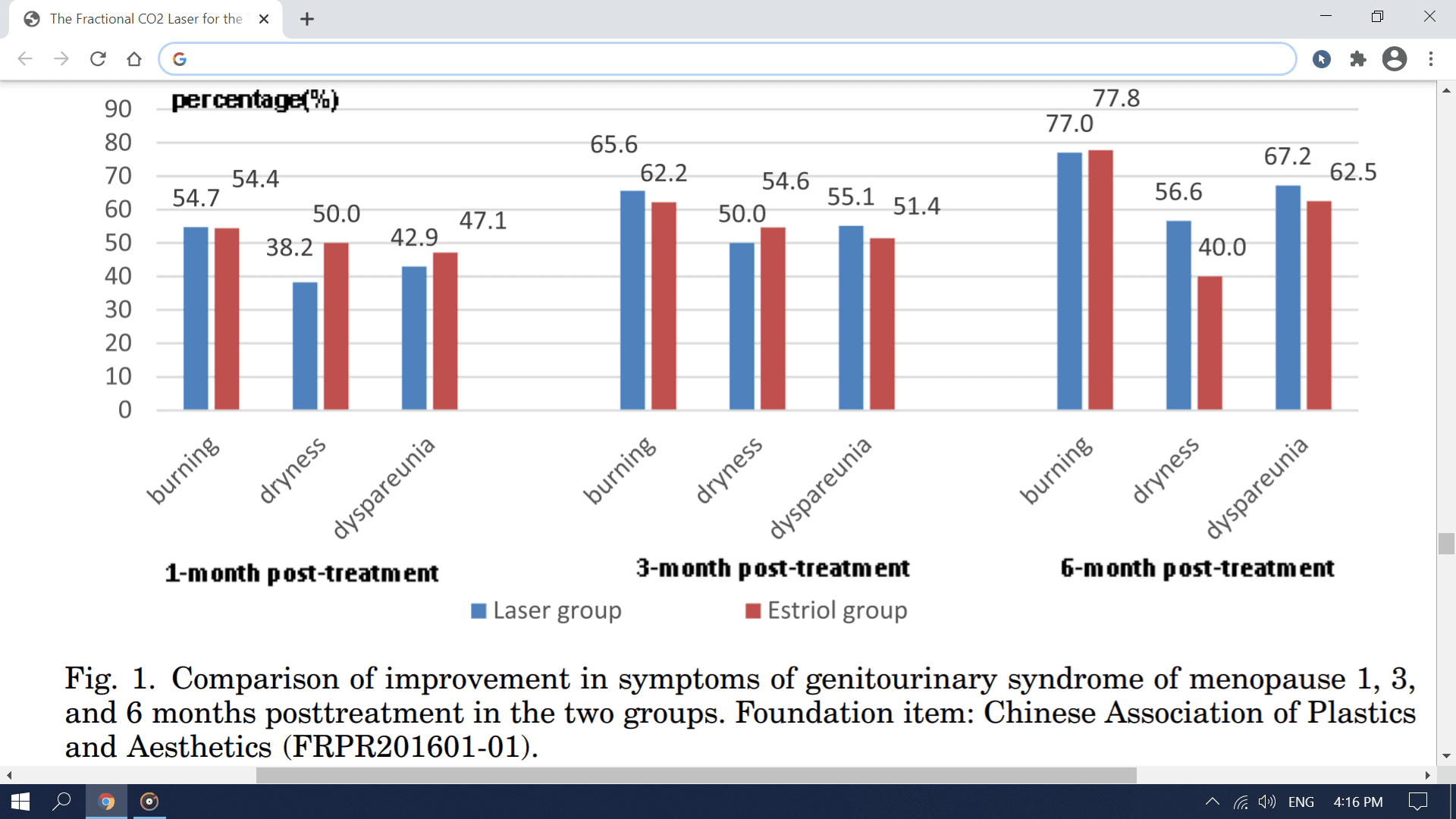