#1
Working out again and was wondering if supplementing with Tribulus, 1500mg daily, DAA 3000mg daily and creatine, 5-10 grams daily is acceptable while on TRT. May sound dumb but there are contraindications between some supplements and meds.

Neither Tribulus and D-Aspartic Acid have been proven to increase testosterone. Besides, if you are already on TRT, taking these supplements is not needed even if they increased testosterone. Creatine is a good supplement provided your kidney function is good.

Another hyped-up supplement shown not to work in a study: d-Aspartic Acid


Do tribulus and other herbs increase erections and sex drive?

#4
Any specific type of carnitine you you would suggest?

#5
What about a quality multivitamin? Beneficial or waste of money?

#7
I'm not sure what causes it but there are three natural boosters that I use that all work wonders for me. One's not made anymore (I stocked up) called "Pink Magic" by USP labs. Second is also by USP labs, "PRIME" and the third is "Beast SuperTest" by Beast Sports Nutrition. I have tried everything, from DAA to Tribulus, etc. Nothing but these three ever showed me signs of something similar to testosterone increases. Do they actually raise your test levels? Dunno. But they do, 1. Drive you sexually and makes your stuff work like when you were young 2. Leans out and hardens the muscles. 3. Just increases your overall masculine feelings, deepens your voice, etc. So if its not increasing test, its doing something thats' simulating that. Either way these three really work for me.
S

#8
IronAged do you stack them together or do you spread them out over the day?
Also have you found a suitable sub for Pink Magic since it is no longer made ?

#9
Smokin Joe said:
IronAged do you stack them together or do you spread them out over the day?
Also have you found a suitable sub for Pink Magic since it is no longer made ?
Click to expand...
Well I haven't found a suitable substitute but its because there's an ingredient in Pink Magic that's part of their secret "proprietary blend" that is hard to pin down but has a distinct smell to it. Sort of a sickly sweet smell, but pleasant. I think I've found something that contains that ingredient or is that ingredient called Ana Beta, they sell it on Amazon but I imagine its available a lot of places.

But I can't verify that its the same ingredient, it's just the first supp I've found that smells like it and claims to do similar things. One thing it does is lean you out, Pink Magic that is. I haven't had the chance to test that on Ana Beta yet (still have two bottles of Pink Left) .USP Labs Versa was similar to Pink but again they stopped making it.

They still make USP Labs PRIME at least and that's a solid muscle builder. It hardens and increases density and some vascularity, but Pink was much better at Vascularity and Pink made you lean out at the waist. Prime will dense you up and lean you out a bit but I buffer it with Beast Sports Nutrition's "Super Test" which does give me great vascularity and incredible drive. I'm going to miss Pink though. I hear they have a new version of Pink Magic out but I haven't tried it yet. I will soon I'm sure.

As for dosage on Pink Magic if you can find a bottle, I take the recommended dosage on that 2 in the morning, 2 in the afternoon, two in the evening. Prime I find that dosage too high and I take 2 and 2 on that. More it seems too much. Beast I vary, too much and it gets you aggressive but usually about 4 a day on that too, sometimes 6 but that's a lot. Only on heavy training days.
S

#10
Thanks for the info. Sounds good. I recently tried TK 200 extract at a very high price and I was not impressed. I hate to spend the money but you don't know if you don't try.
I am trying to stay natural as much as I can for now with the exception of Progesterone.
This seems to be forgotten in men with low normal T. I have tried it for several days now and my energy is moving up and I feel like my sexual desire is up as well. 10mg a day is max for a man but as always check levels.
I have low DHEA around 70 which I think indicates adrenal stress among other things which could affect progesterone production.
Anyway keep me posted as to the substitute and I'll try the others.
S

#11
Interesting as I have been on Progesterone for two weeks but only 10mg per day. I also feel the difference already but not long lasting. I do feel like my sexual desire is up a little. My T is considered low normal and Free T borderline low @ 7.0.
Where did you read that 100mg a day is good for men ? Seems high but I'm willing to try it if the results are good.
Also have you heard of anyone using Progesterone with Testosterone as we always relate Testosterone and Estrogen.
Keep us posted.
H 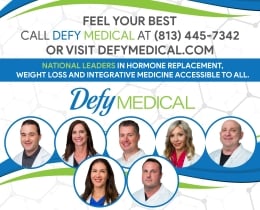