Protection with Sensation: The Origami Condom

The ORIGAMI Male Condom&#8482; (OMC) is the first non-rolled, injection- molded, engineered, silicone condom intended to facilitate a pleasurable and safe sexual experience for the male wearer and his female partner. It is not yet available in the market. 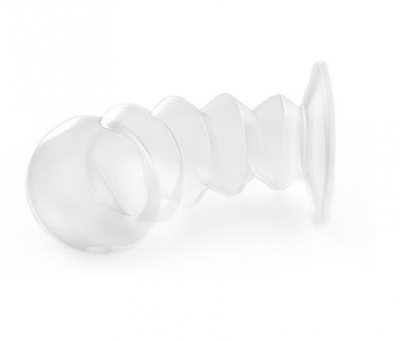 
A small business in California called Origami Condoms is working on a revolutionary new prophylactic modeled after the Japanese art of paper folding which has won the approval of the Bill and Melinda Gates Foundation for being the only design to radically change the contraceptive.

Other condom manufacturers have made continual efforts to make the existing, everyday condom more appealing to users by introducing new textures and flavors.

Origami Condoms' design, which has condoms folded up rather than rolled up like the ones currently for sold at most stores that sell health and convenience products, acts as a loose-fitting sheath when it's in use and is said to move with the natural movement of the body.

Interesting concept, will look for it when it becomes available.

ahmed.shaikh said:
Wow.. That's a great Condom.. And i like this condom video. How can i found it easily ?
Click to expand...

Not available yet until they finish a study funded by the Gates Foundation.
J

My wife and I tried the Inspiral and Pleasure Plus condoms (back when we were using condoms). They were based on a similar premise—more material and bagginess around the head so that guys can actually feel more sensation against them rather than trying to feel sensation THROUGH the condom. They were definitely an improvement, but still...condoms. But these folks look like the could be on to something. We're past condoms now, my wife and I, but if I were back to using condoms, I'd stand in line overnight for these.

This condom may never come out to market:

“Origami condom” inventor Daniel Resnic has said that he must pay back taxpayer funds to the National Institutes of Health (NIH), the Washington Free Beacon has learned.
In emails obtained by the Free Beacon, Resnic, who received more than $2.4 millionto develop the so-called origami condoms, states that he is in the process of working on a repayment plan for at least some of the grant funding he received.
Resnic also recently lost in court, as a lawsuit he filed against a former employee was thrown out last week. Two lawyers had dropped Resnic, and the second of the two attorneys, Martin J. Kaufman, cited an “irreparable breakdown of the attorney-client relationship,” asserting that Resnic refused to pay or cooperate.