Priapism is defined as a penile erection that lasts longer than 4 hours after completion of sexual activity or that is unrelated to sexual activity.1 Priapism is a disorder of the hemodynamic systems that control the erection and detumescence of the penis. Priapism is relatively rare, with an incidence of 1.5 per 100,000 person-years.2 Contemporary management of priapism is directed toward 3 goals: the resolution of the acute event, preservation of the erectile function, and preventing recurrence.3

Patients with suspected priapism should be evaluated by an emergency medicine physician and ideally a urologist. A complete medical and sexual history should be documented. Points to discuss with the patient include the erection onset, duration, presence or absence of penile pain, antecedent genital or perineal trauma (straddle injury), prior episodes of prolonged erection, and general erectile quality.4 Medical history should be directed at risk factors for priapism, especially prescribed of intracavernosal injectables, hematologic diseases (eg, sickle cell disease [SCD], glucose-5- phosphate dehydrogenase deficiency, hereditary spherocytosis, and leukemia), medications (eg, psychotropic medications, especially trazodone), use of oral phosphodiesterase type 5 (PDE5) inhibitors, over-the-counter medications/supplements for ED, and recreational drugs (cocaine).4,6 A focused physical examination should be performed. The physical examination is important to determine the degree of penile rigidity and any evidence of perineal trauma.1 Patient with ischemic priapism presents with rigid corporal bodies, the tips of which often are palpable through the typically soft glans penis; the degree of tenderness is a function of the duration of ischemic priapism. In nonischemic priapism, the corporal bodies are partially erect and generally not tender to palpation.4

In both ischemic priapism and nonischemic priapism, the precipitating event may be a nocturnal erection that fails to subside. The physiology of ischemic priapism begins with a normal erection; the pathology is related to time-dependent changes in corporal oxygenation, hypercarbia, and acidosis as the erection persists beyond 4 hours to 10 hours.4

Nonischemic priapism almost universally is associated with prior pelvic or penile trauma. Straddle injuries may cause disruption of the cavernous artery or cavernous sinusoids resulting in arteriolar-sinusoidal fistula. The onset of nonischemic priapism may not be evident for hours to days following the initial trauma. A partial persistent erection typically becomes evident following a nocturnal erection some days to weeks later. Nonischemic priapism is not a compartment syndrome and may not be associated with discomfort other than at the site of a prior injury.7

*This commentary discusses the current literature and practices surrounding the diagnosis and management of ischemic and nonischemic priapism. Few randomized controlled trials of priapism management exist due to the emergent nature of the condition. There are many published society guidelines, surgical case reports, and basic science investigations. A general understanding of this pathophysiology and penile hemodynamics allows the urologist to safely and effectively triage patients to the appropriate medical and surgical interventions.

Priapism is a common urologic emergency that the urologist should be comfortable managing. Resolution of the acute event, preservation of the erectile function, and preventing recurrence are the goals of diagnosis and management.


Treatment of priapism is diagnosis-specific. Key Clinical Care Points of Priapism are:

2. Determine the etiology: ischemic vs. nonischemic

4. Nonischemic priapism is typically associated with perineal trauma:
a. Injection of alpha-adrenergic and surgical shunting is not appropriate.
b. Spontaneous resolution has been reported.
c. Supportive care with ice and compression on the perineum is reasonable.
d. Selective pudendal arteriography for imaging and embolization can be considered for persistence and patient bother.


*This article is a compilation of the evidence-based recommendations published by the American Urological Association in 2003 and the European Association of Urology published in 2014. The authors have updated those guidelines with current literature to facilitate best practices in the diagnosis and management of priapism.

Table 1 New molecular targets for the treatment of stuttering priapism 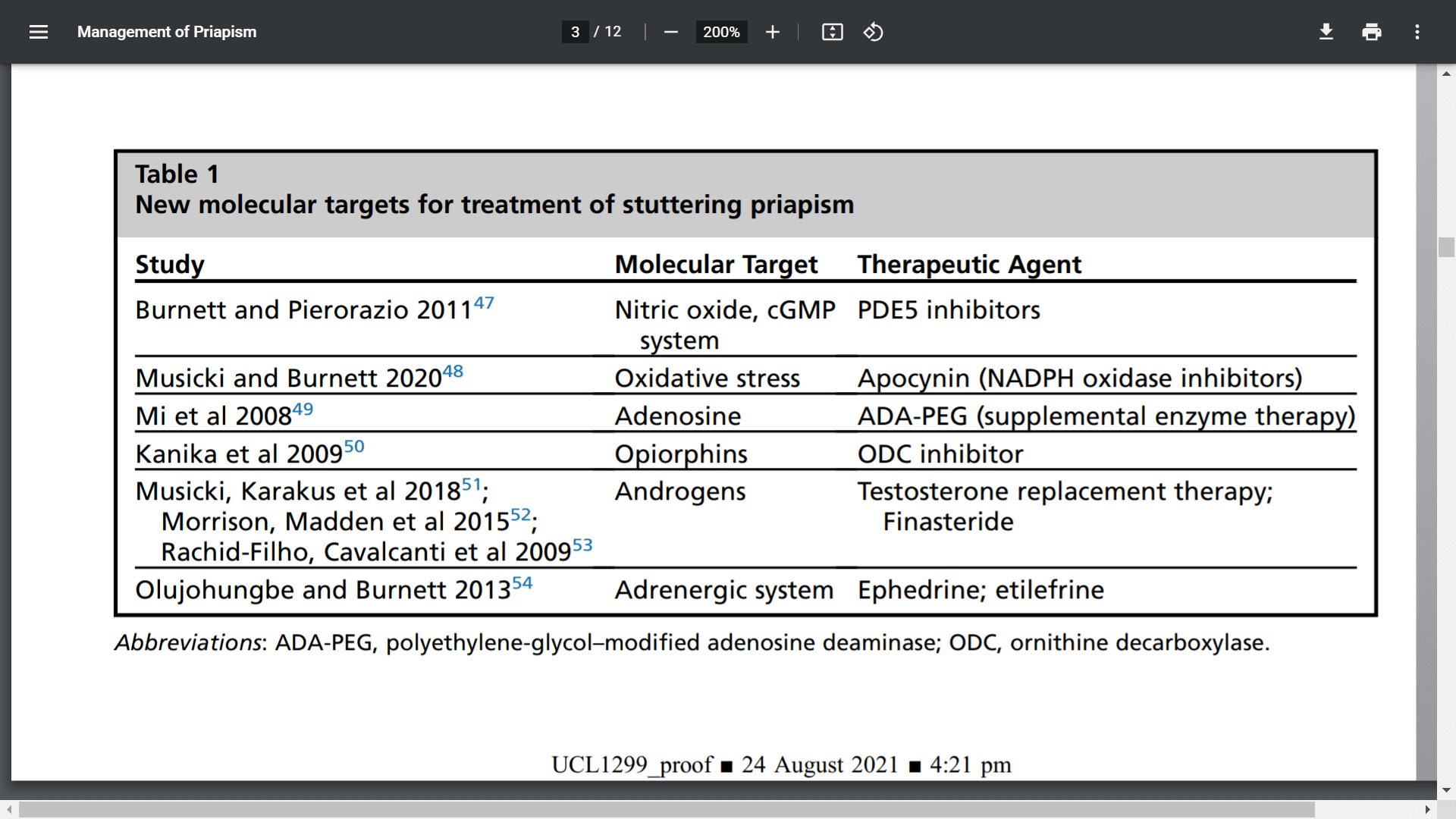 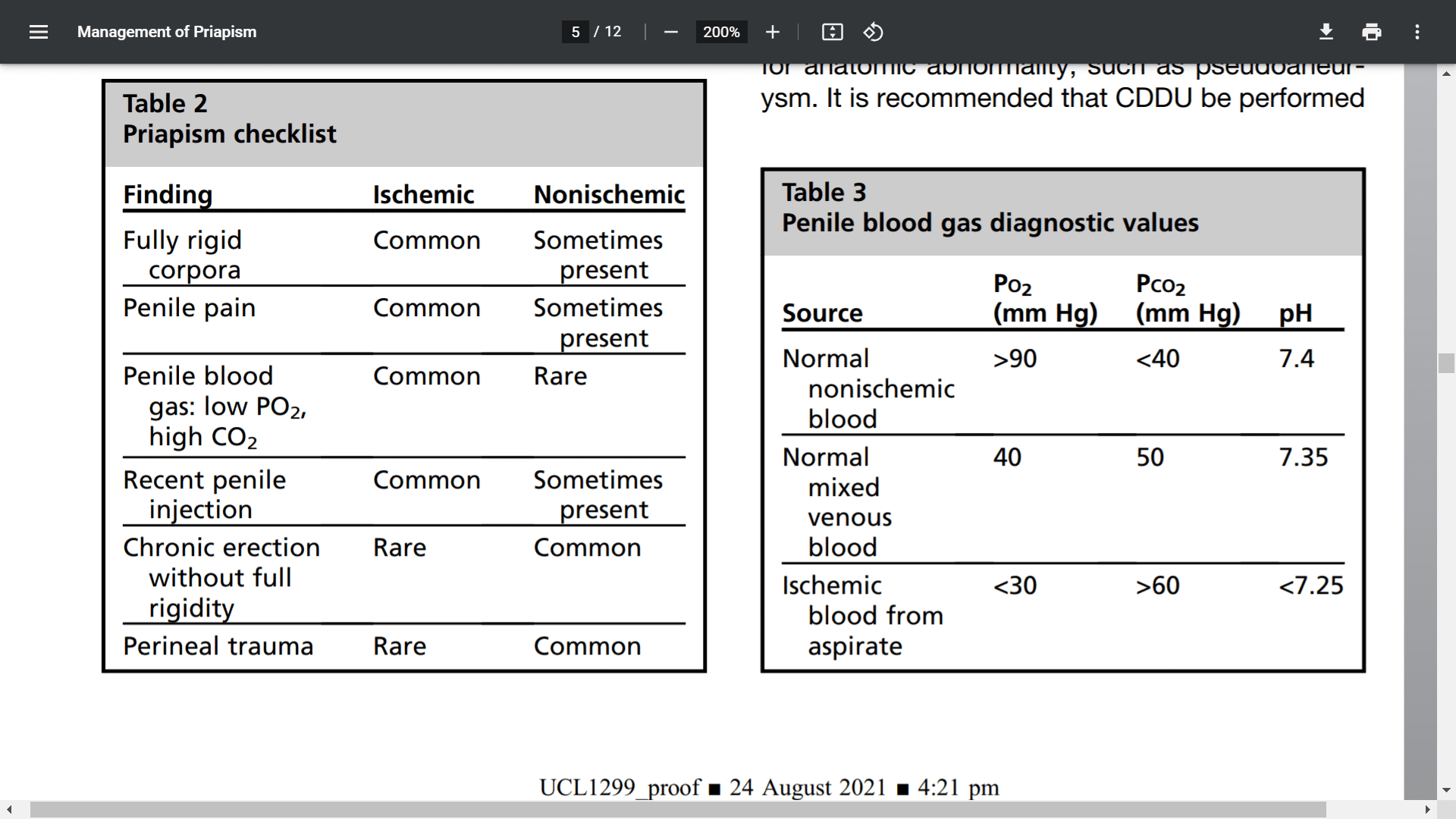 Fig. 1. At the author’s institution, proprietary syringes of phenylephrine are available (10-mL syringe with 100 mcg/mL). This permits safe dosing. The authors typically use 2-mL aliquots with repeated aspirations followed by repeated injections. This avoids the dangers inherent in mixing solutions. 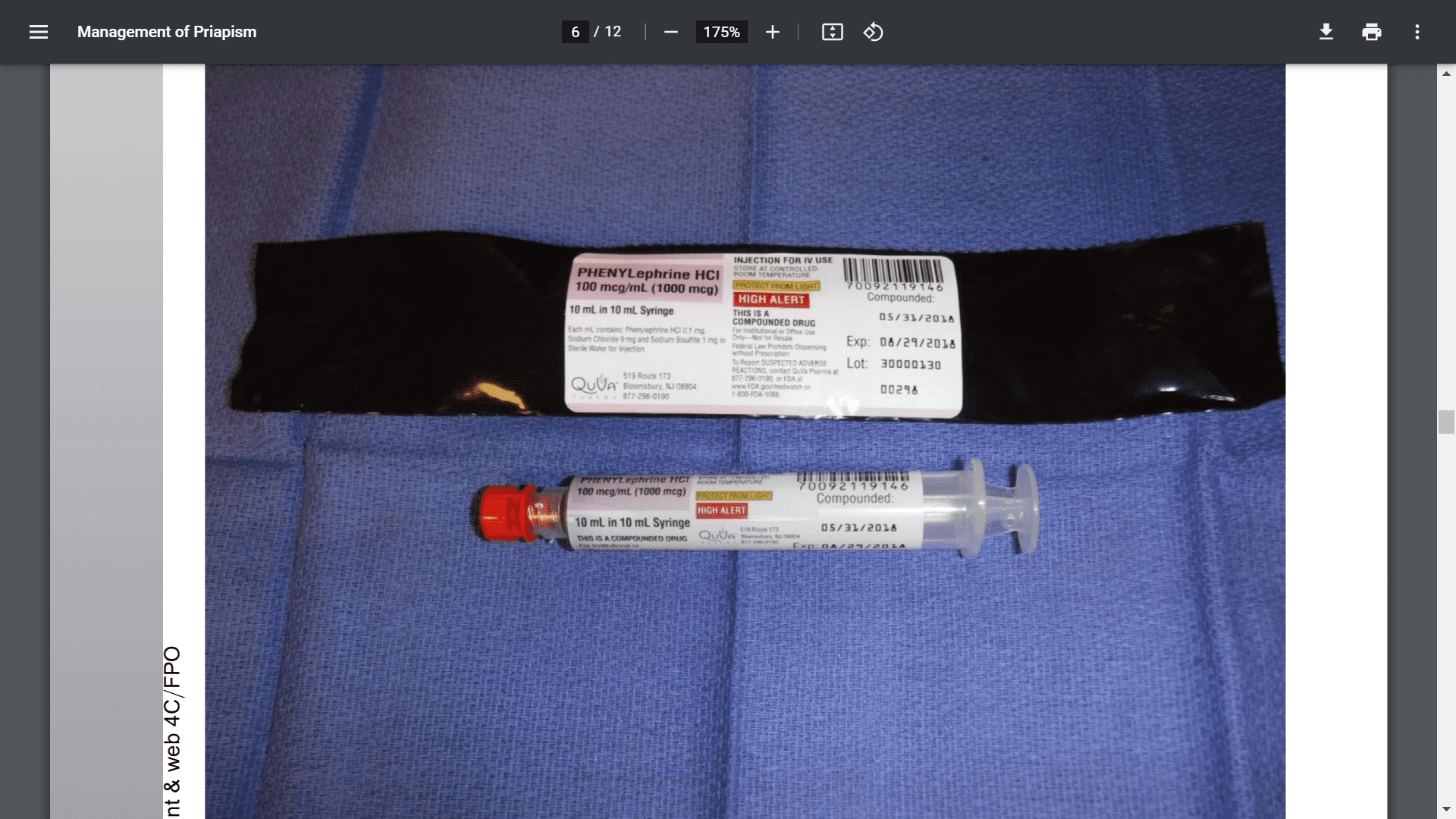 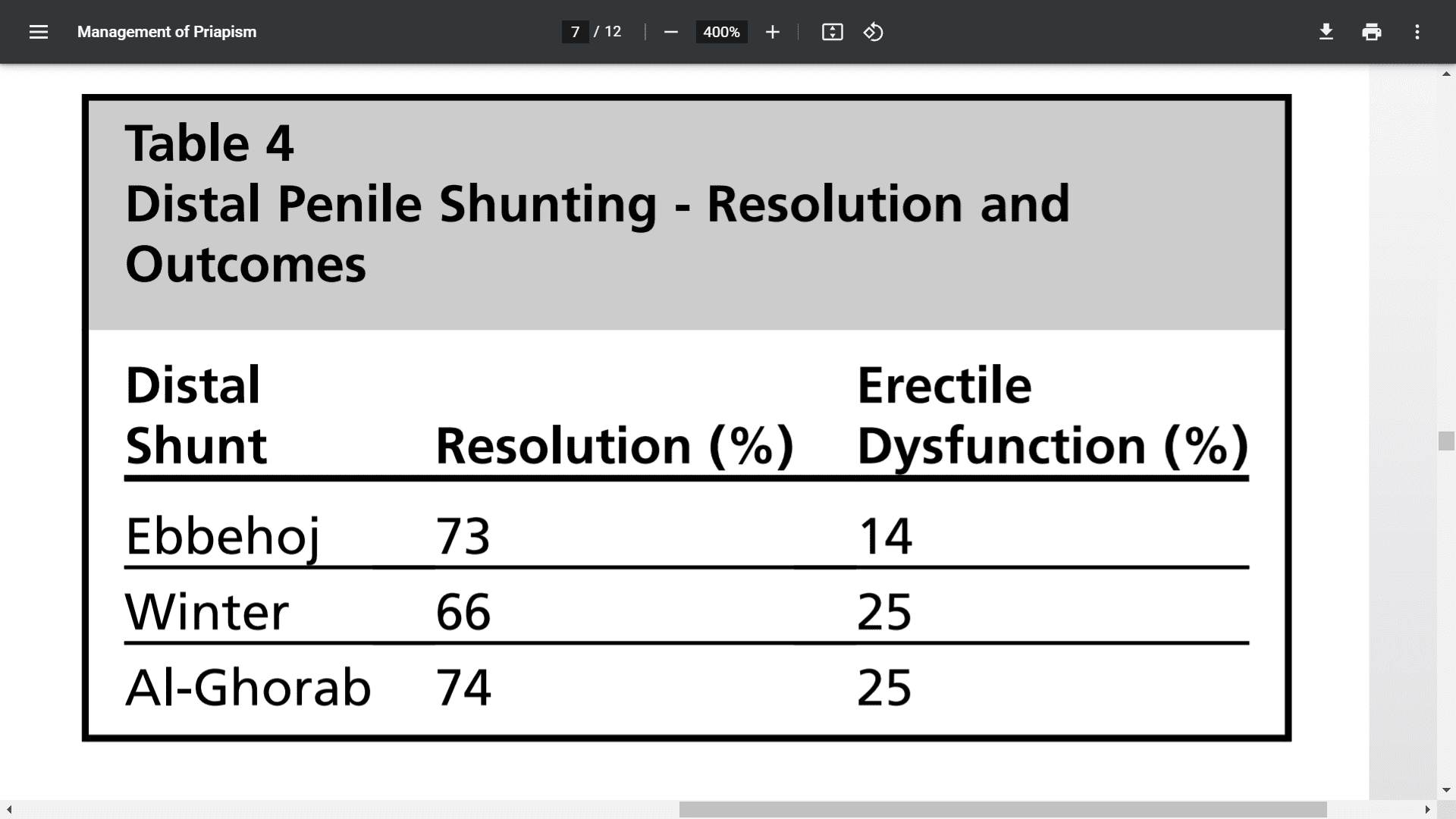 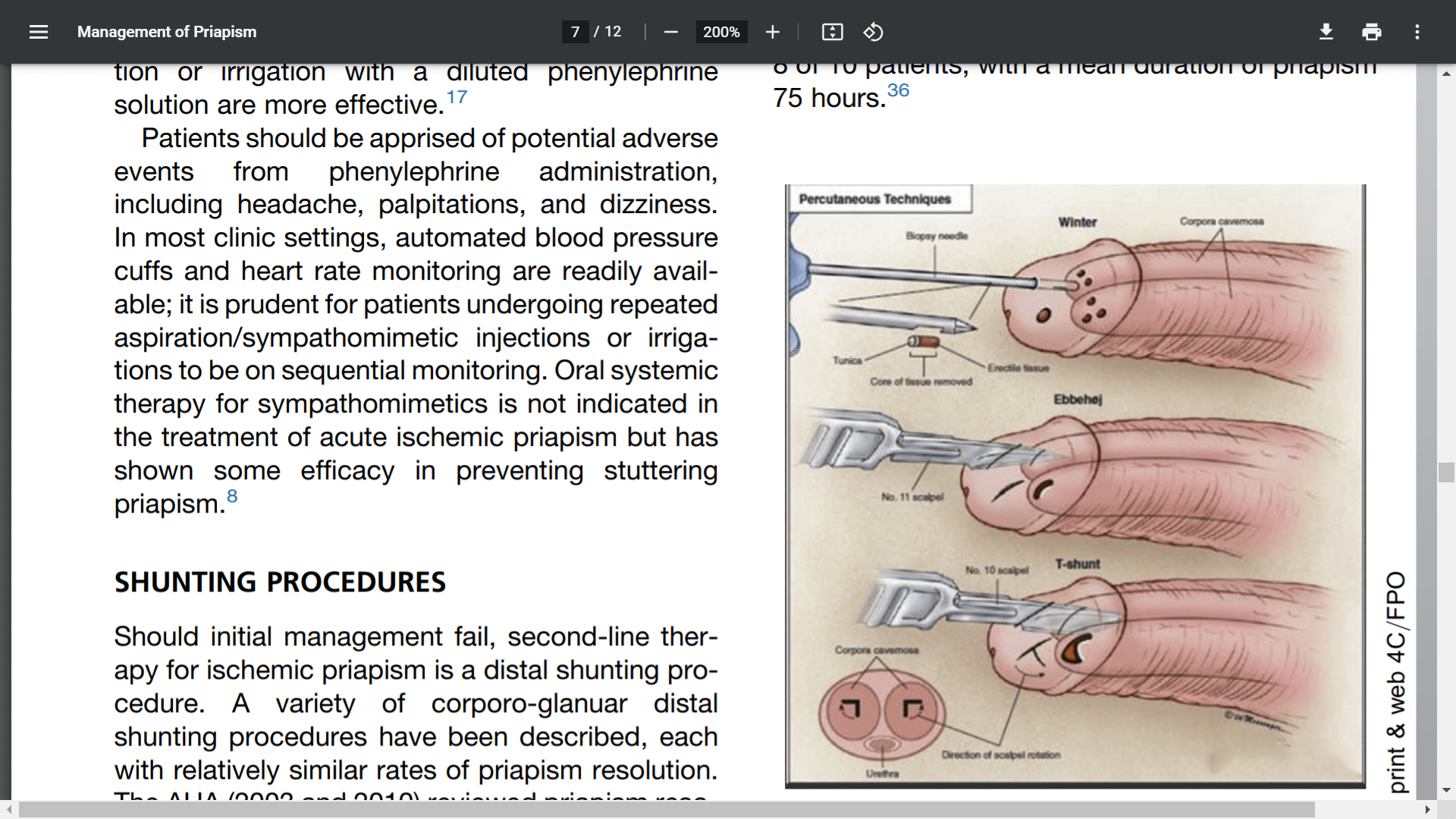 Fig. 4. (A) A 54-year-old white man with priapism following Trimix self-injection. He presented to an outside hospital after 3 days of ischemic priapism. A Winter shunt failed to reverse priapism. (B, C, and D) On day 5, he was transferred and underwent bilateral T-shunts and corporal snake maneuver using Hegar dilators with successful detumescence. (E) Closed T-shunts. (F) Two-week postoperative wound check. (Used with permission of Mayo Foundation for Medical Education and Research, all rights reserved.) 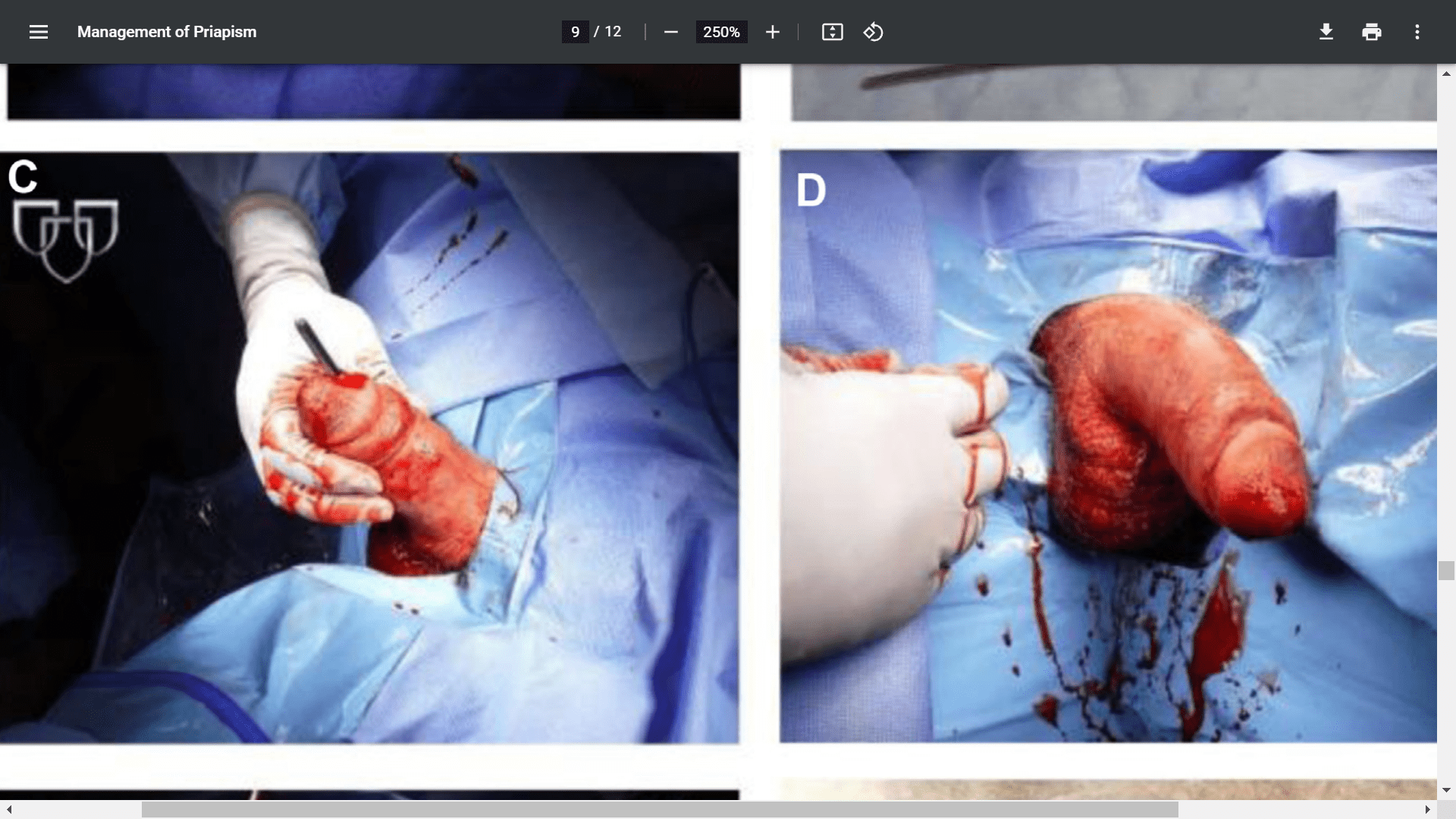 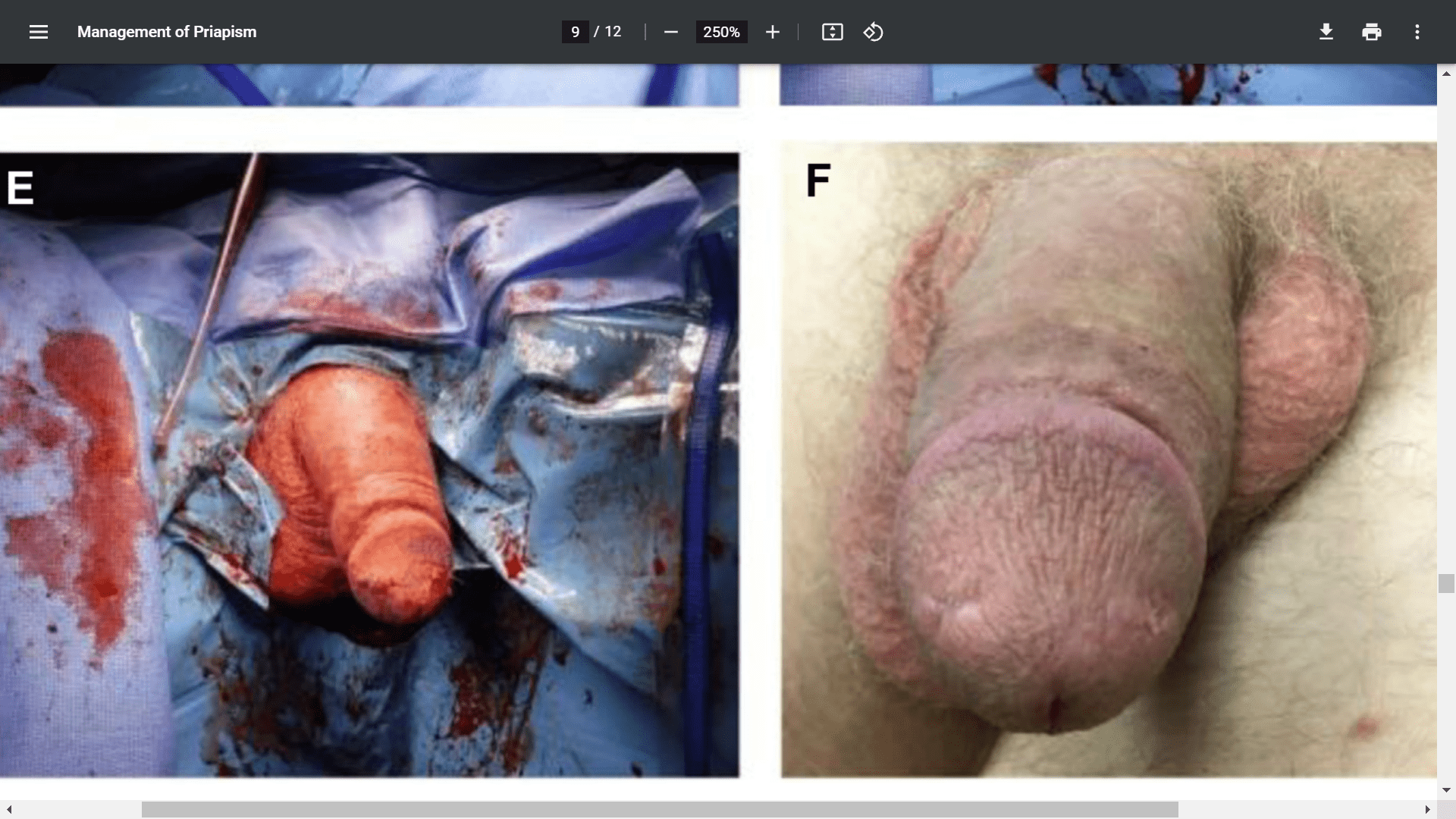 Damn! Horrid pictures. The Trimix guys are going to get scared.
G