The growing life expectancy in modern societies has raised scientific interest in identifying medical interventions to alleviate age-associated pathologies such as vascular calcification, cognitive decline, sarcopenia, osteoporosis, and sexual dysfunction. Although no such single treatment has thus far been established in humans, some clinicians and patients have set their hopes on testosterone replacement therapy (TRT) as a potential “fountain of youth” for aging men. While TRT has proven effective in ameliorating distinct symptoms of late-onset hypogonadism (LOH), its safety remains to be demonstrated. Besides humans, multiple other species exhibit age-related reductions in circulating testosterone levels, raising the question of whether such changes are an inherent, pathological feature of growing organismal age or rather reflect an adaptive response. In this manuscript, we apply key principles of evolutionary medicine to testosterone biology and LOH to provide a novel perspective on these two fields. Additionally, we discuss insightful data derived from the animal kingdom to illustrate the plasticity of individual testosterone trajectories across the lifespan, outline cost-benefit considerations of TRT in LOH, and highlight potential caveats of such therapies.

Evolution refers to changes in biological characteristics over consecutive generations, which are driven by evolutionary processes such as natural selection. The latter operates when four key requirements are met: 1.) there must be variation in a trait, 2.) there must be variation in reproductive success, 3.) the correlation between the trait and reproductive success must be non-zero and 4.) the state of the trait must be heritable. In other words, genetic variation conferring enhanced reproductive fitness of an organism will be favored and ultimately selected for. At the same time, almost any given trait is involved in tradeoffs, which describes the notion, that improvement in one aspect of physiology (e.g. reproduction) may negatively impact another (Stearns and Medzhitov, 2016). Compared to other non-human primates, the human species has developed a distinct reproductive phenotype characterized by relatively late sexual maturity, low offspring number, and, in most cases, a long post-reproductive lifespan (Stearns, 2012; Stearns et al., 2008). Whereas in women the beginning of the latter is sharply marked by the onset of menopause, male individuals do not exhibit such obvious changes. Rather, men experience a modest age-related decline in circulating testosterone levels (roughly 1–2% per year starting at the age of ~40 years), which is paralleled by the deterioration of sperm quality and may eventually result in the development of symptomatic hypogonadism (Feldman et al., 2002; Johnson et al., 2015). This clinical picture was coined “late-onset hypogonadism” (LOH) almost two decades ago and has extensively been studied ever since then (Nieschlag, 2019). LOH is characterized by low testosterone levels in the presence of typical symptoms such as diminished libido and erectile dysfunction (Wu et al., 2010). Of note, the diagnosis of LOH is complicated by the lack of a consensus threshold to define testosterone deficiency in the elderly, although levels below 10 nmol/l have been widely considered pathological (Wu et al., 2010; Nieschlag et al., 2004). In contrast to other forms of hypogonadism, LOH cannot be readily classified as either of primary (testicular defect) or secondary (hypothalamic and/or pituitary defect) origin since these patients exhibit features of both perturbations (Khera et al., 2016). While much has been learned about the epidemiology and clinical presentation of LOH, very little is known concerning its evolutionary background and medical significance. Most importantly, it remains unclear whether declining testosterone levels (and specifically, LOH) in older men reflect an adaptive or maladaptive trait.

*Therefore, the most relevant conceptional aspect concerning TRT in the elderly is the question of whether declining testosterone levels in these individuals should be considered a pathological deficit (i.e. perturbation of homeostasis) or rather reflect a physiological, adaptive response. While the former point has already been extensively discussed in the scientific literature, little attention has been paid to the latter. In the following sections, we use common concepts of evolutionary biology to provide an alternative view of LOH.

Physiologically, most (if not all) of testosterone can be considered anabolic and require high metabolic activity. Of note, these processes are not only energy-consuming but also yield side-products, i.e. “waste”. For example, cellular protein synthesis (which is stimulated by testosterone (Griggs et al., 1989)) is inevitably paralleled by a certain accumulation of defective and/or misfolded proteins requiring clearance. This is accomplished by maintenance programs (e.g. proteasomal degradation) (Stearns and Medzhitov, 2016; Balchin et al., 2016). With increasing age, the capacity of maintenance programs progressively declines, which is considered as one of the main drivers of highly prevalent pathologies of old age such as neurodegenerative diseases (Hipp et al., 2019). These disorders are thus examples of causes of intrinsic mortality. In contrast, extrinsic mortality (i.e. predators, starvation, dehydration, etc.) has largely been eliminated in industrialized (“westernized”) countries. From an evolutionary perspective, the age-related impairment of maintenance programs reflects antagonistic pleiotropy (by genetic means) and a trade-off (by phenotypic means): the selection of traits ensuring sufficient reproductive success early in life opposes those favoring maintenance and survival later in life because high investment into one program (anabolism) will unavoidably reduce available resources for the other (catabolism). Thus, human aging may be considered a trade-off, where reproduction is prioritized over longevity (Fig. 2) (Kirkwood and Cremer, 1982). If one further expands this notion, then age-related reductions in anabolic hormones would represent an adaptive mechanism to alter the cost-benefit ratio of this trade-off. In other words, declining testosterone levels in aging men impair several functions regulated by the hormone (cost), while eventually allowing the fostering of others (benefit). This principle may also be exemplified by observations made among the animal kingdom.

Similarly, LOH could reflect one of those diseases, where genetics are still running behind rapidly changing environmental conditions because distinctly increased life expectancies are a rather recent phenomenon in human evolution (i.e. reflecting an evolutionary mismatch). On the other hand, LOH may confer adaptive benefits tailored to meet altered demands with growing age. If this holds true, TRT in the elderly would impose unfavorable consequences by disrupting energetic adaptations required for maintenance programs. There are several examples for such maintenance functions: removal of defective (pre-cancerous) cells, misfolded proteins, old organelles or membrane lipids, all of which accumulate with growing organismal age and impose metabolic costs in order to be fixed (Wang et al., 2019; Eskelinen, 2019; Almanza et al., 2019). If these demands cannot be met because other pathways (e.g. testosterone-driven anabolism) are overriding, maintenance capacities are overwhelmed, thus resulting in cellular and/or organ dysfunction and ultimately, culminating in disease.


5. Kennedy Syndrome as a paradigm for androgen-mediated toxicity

In summary, the biological programs promoted by testosterone mainly foster anabolism, which opposes those pathways favoring catabolism. As exemplified by the impressive case of SBMA, amplification of certain AR functions is highly pathological and evokes devastating disease. With respect to aging, the importance of maintenance programs increases, and under specific circumstances, disrupting such responses is detrimental. Thus, it may be tempting to speculate that promoting anabolism through testosterone supplementation with growing age may exert negative effects on health and longevity.

Taken together, potential cardiovascular side-effects remain the most prominent safety concern for TRT in older men, reminiscent of the debate on HRT in postmenopausal women. In 2018, the first large, prospective, randomized controlled trial (TRAVERSE) with a long-term follow-up (i.e. 5 years) investigating cardiovascular safety as the primary endpoint was initiated (NCT03518034) and this study will hopefully aid in resolving the longstanding controversy about cardiovascular consequences (and ultimately, mortality) of TRT in aging men.

Taken together, definite conclusions concerning the relationship between testosterone, mortality, and longevity are currently difficult to draw since the interpretation of most available studies is complicated by a plethora of confounders. However, as outlined above, testosterone biology likely involves trade-offs between different ways to die.

Another unresolved aspect of testosterone physiology potentially affecting mortality is its proposed immunomodulatory functions. Given the opposing effects of testosterone and inflammatory signals on resource allocation, several authors have suggested an immunosuppressive role of the hormone (Muehlenbein and Bribiescas, 2005). Yet, experimental evidence supporting this hypothesis is scarce (O’Brien et al., 2018). Interestingly, however, one study found impaired antibody responses upon influenza vaccination in men compared to women. Subsequent machine-learning approaches revealed that this inefficacy in male individuals was indeed explained by circulating testosterone abundance (Furman et al., 2014). Whether similar effects also account for the higher cancer and lower autoinflammatory disease incidence in men compared to women remains elusive.

The question of whether age-related changes in circulating testosterone reflect a pathological deficit or an adaptive response remains difficult to answer. The former notion is corroborated by several retrospectives and some prospective clinical trials demonstrating distinct benefits of TRT in older men, whereas the latter is supported by adverse events associated with such therapies as well as data derived from animals. The observation that other species besides humans experience exhibit age-related reductions in testosterone levels suggests that the evolutionary cost of maintaining high androgen levels throughout the lifespan is simply too high and/or the generated benefit is too low. While longevity might be compromised by TRT, most patients do not strive for an indefinite survival, but the rather high quality of life. Thus, the reasonable amount of data supporting the beneficial effects of TRT in LOH currently justifies its clinical use under specific circumstances. On the other hand, the expectations of a pharmacological “fountain of youth” will most likely never be fulfilled, neither by TRT nor by another therapy because the basic evolutionary principle of trade-offs simply cannot be overcome. 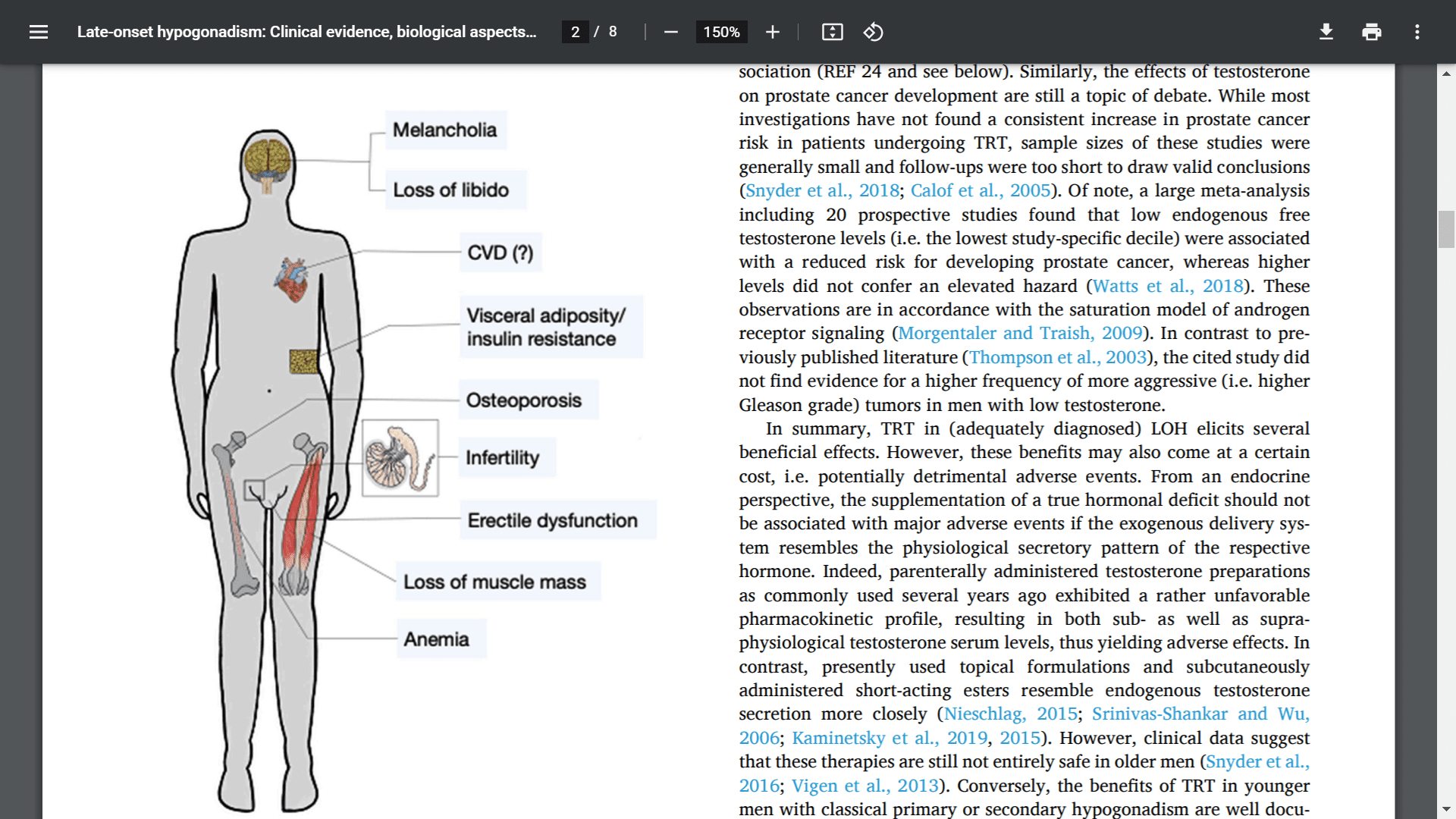 Fig. 2. Aging as a trade-off between reproduction and repair. According to Darwin’s theory of evolution, natural selection favors traits conferring enhanced fitness. The term “fitness” is often loosely defined but essentially refers to reproductive success, i.e. higher fitness (better adaptation to a given environment) equals enhanced reproductive success. However, the selection of traits conferring higher reproductive fitness will inevitably result in lower resource allocation into repair programs (maintenance) because organismal resources are finite. Consequently, prioritization of reproductive success limits lifespan (trade-off). Neither too much, nor too little investment into repair is favorable because both will result in reduced fitness: the former because of “overinvestment” of resources into repair programs, the latter due to premature death. Yet, indefinite survival would only be achieved if resources were placed sub-optimally. Since this strategy would culminate in impaired (reproductive) fitness, such traits will not be selected for. Hence, organisms do not exhibit these extensive repair programs, which may explain their finite lifespan (after Kirkwood & Cremer, 1982). 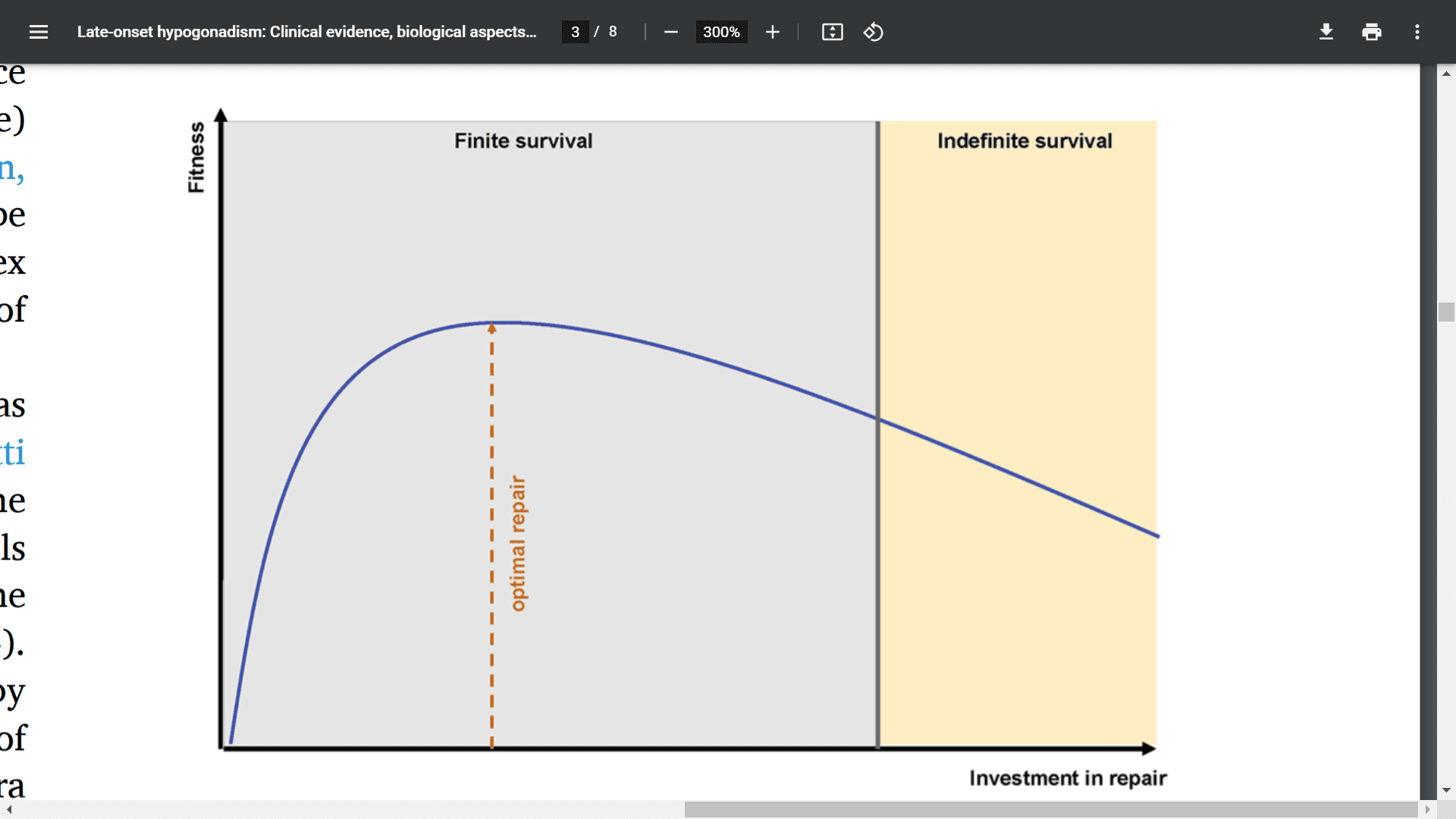