Results At the 6-month visit, T therapy significantly increased clitoral artery peak systolic velocity (PSV) when compared to both NH (p<0.0001) and E (p<0.0001) groups. A similar increase was found in the T+E group (p=0.039 vs. E). In addition, T treatment was associated with significantly higher FSFI desire, pain, arousal, lubrication, orgasm, and total scores at 6-month visit vs. baseline. Similar findings were observed in the T+E group. No significant differences in the variations of total and high-density lipoprotein-cholesterol, triglycerides, fasting glycemia, insulin, and glycated hemoglobin levels were found among the four groups. No adverse events were observed.

Conclusion In women complaining of FSD, systemic T administration, either alone or combined with local estrogens, was associated with a positive effect on clitoral blood flow and a clinical improvement in sexual function, showing a good safety profile.

Female sexual dysfunction (FSD) is a multifactorial condition in which organic, relational, and psychosocial factors are deeply intertwined. Among organic factors, hormonal unbalance has a major impact on FSD development. In particular, a subtle and progressive age-dependent decline of androgen levels has been implicated in the pathogenesis of both Hypoactive Sexual Desire Disorder (HSDD) [1] and Genitourinary Syndrome of Menopause (GSM) [2], whose prevalence increases with age [3, 4]. However, the diagnosis of androgen deficiency in women is controversial. In 2014, the Endocrine Society Clinical Practice Guideline recommended against making a clinical diagnosis of androgen deficiency syndrome in healthy women, since there is a lack of well-defined criteria [5], as opposed to men [6]. In fact, a biochemical definition of female androgen deficiency is not completely reliable, because of the lack of standardized, accurate assays for androgens at the low levels characteristic of women and, as well, the lack of valid reference ranges [5]. Nevertheless, when considering an evidence-based-medicine approach to this topic, several findings count in favor of the existence of a clinically manifest hypoandrogenism in women. Postmenopausal women reporting a low sexual desire have represented the main study population so far taken into account to demonstrate that female sexual function is a target of androgen action [5]. According to the definition of HSDD developed by the International Society for the Study of Women Sexual Health (ISSWSH) nomenclature committee, this condition can manifest as any of the following for a minimum of 6 months: lack of motivation for sexual activity (decreased/absent spontaneous or reactive to erotic stimulation desire); loss of desire to initiate or participate in sexual activity, not as a consequence of sexual pain disorders; combination with clinically significant personal distress [1]. Strong clinical evidence supports the use of testosterone (T) treatment for HSDD in postmenopause [3], whilst only some studies describe its clinical efficacy also in peri- and premenopausal patients [7]. Specifically, it has been reported that T treatment significantly influences multiple domains of sexual functioning, by improving desire, arousal, lubrication, pain, orgasm, and satisfaction [8–11].

In hypogonadal men, the use of T replacement therapy (TRT) is currently well established and it is strongly recommended to induce/maintain secondary sex characteristics and to correct symptoms of T deficiency [12]. The molecular pathways underlying the effects of T on male sexual function have been largely elucidated; in particular, the erectile response to T is mediated at both central (through an effect on sexual desire) and peripheral (through the effect of vasorelaxant mechanisms on penile corpora cavernosa) level [13–15]. In hypogonadal men with erectile dysfunction, TRT was able to improve penile vasodilation as assessed using color Doppler ultrasound (CDU) [16, 17]. In contrast, despite the clinical evidence and the current consensus on the central effect of T on female sexual desire [3, 18], the mechanisms by which androgens may directly act in relevant female brain areas have not been elucidated [19]. Recently, a study from our group demonstrated that the androgen receptor (AR) super-agonist dihydrotestosterone (DHT), which is not aromatized to estrogen, was able to stimulate sexually behaviors in ovariectomized female rats [19], therefore suggesting that conversion into estrogens is not required for the facilitatory effect of androgens on sexual desire [19]. In vivo systemic T treatment in ovariectomized rats also improves the relaxation of clitoral vascular smooth muscle cells (SMCs) through the nitric oxide (NO)—cyclic guanosine monophosphate (cGMP) pathway, thus sustaining the major relaxant mechanisms involved in genital sexual arousal [20]. These findings strongly indicate that T could exert a positive peripheral effect on sexual response also in females, as previously observed in the male gender. However, clinical studies aimed at evaluating whether T treatment could improve clitoral blood flow are still lacking.

For these reasons, we conducted a pilot explorative research on women seeking medical care for HSDD and treated with systemic T. The primary aim of the study was to evaluate whether T treatment is associated with a change in peak systolic velocity (PSV) of the clitoral artery as assessed by CDU and whether this change is different from that observed in other treatment regimens. Psychosexual, biochemical, and metabolic parameters were also evaluated to assess the clinical efficacy and cardio-metabolic safety of T treatment.

In conclusion, the present study showed for the first time that a 6-month systemic T treatment, either alone or combined with estrogens, positively and directly modulated clitoral blood flow, also independently of sexual stimulation, in a small population of women complaining about sexual dysfunction. Moreover, systemic therapy with T was associated with a clinical general improvement in sexual function, as assessed by FSFI. Interestingly, no metabolic alterations or severe adverse events were detected in our study population at the 6-month visit, suggesting that T treatment is characterized by a solid safety level. However, the topic of T treatment in women needs other more in-depth research, and specifically designed randomized trials are needed to confirm our original findings.

The Use of Testosterone in Women - Is it Worth it and Safe?

By Nelson Vergel Author of "Testosterone: A Man's Guide" There is so much confusion about the use of hormones in pre and post menopausal women, especially after the largest study ever undertaken using two female hormones was halted due to increased incidence of breast cancer in women. I...

I can personally vouch for the addition of the big T to my wife's treatment. She's become a sexual animal since the addition- and I'll add that you have to keep adding enough T to get to the level of desire that a young woman has, or even a tad bit more . Then you know that you've got to the right place. As an aside, in a relationship (no matter the gender or mix of genders), if one person in the relationship is "tuned up" with their hormones, and the other is not, it can lead to immense sexual frustration. I would urge that both individuals get their hormones and libidos on the same page
Last edited: Jun 15, 2021
S

My wife is 6 years older than me. She doesn’t have much of a sex drive. There don’t appear to be women’s health clinics like their are for men with all the T clinics. What is recommended?

Neil said:
I can personally vouch for the addition of the big T to my wife's treatment. She's become a sexual animal since the addition- and I'll add that you have to keep adding enough T to get to the level of desire that a young woman has, or even a tad bit more . Then you know that you've got to the right place. As an aside, in a relationship (no matter the gender or mix of genders), if one person in the relationship is "tuned up" with their hormones, and the other is not, it can lead to immense sexual frustration. I would urge that both individuals get their hormones and libidos on the same page
Click to expand...

That's easier said than done, I would guess. I think women's "sexual memory" fades out without much remorse unlike men. They weren't born to think about sex every fifteen seconds like males from age 16-30. Unfortunately.
N

Hi Style, bio-identical hormone cream (or creams) are typically used by doctors "in the know" for women. It's best to steer clear of horse extracted hormones like PremPro and Premarin (molecules foreign to a woman's system). I know Dr. Saya at Defy Medical is a sponsor here, neither my wife and I have used him and or telemed service, but I've seen him post here quite a bit...he's super sharp and logical. I do not know about their pricing structure.

Women's hormones involve more adjusting and trial work than men's do. We've had extra work especially in balancing her progesterone, too high and she becomes very depressed and a bit of an asshole, too low and while she's nice enough, she complains of thinning hair and doesn't sleep well. Her estrogen was only a bit of a challenge, her testosterone was a piece of cake by comparison.

We have a bit of a local gem here as our doctor. He has a regular practice, his second job is as a "hospitalist" on rotating weeks, and his third gig a couple of Saturday's a month is concierge medical practice. His prices are really reasonable, and he looks at both my and my wife's labs twice a year and is well versed with hormones. He uses a local compounded pharmacy. He also handles our other regular prescriptions, the few that we have. Basically, with this sort of medical practice, you are paying for an extended visit (time). Maybe you could find someone locally like that? 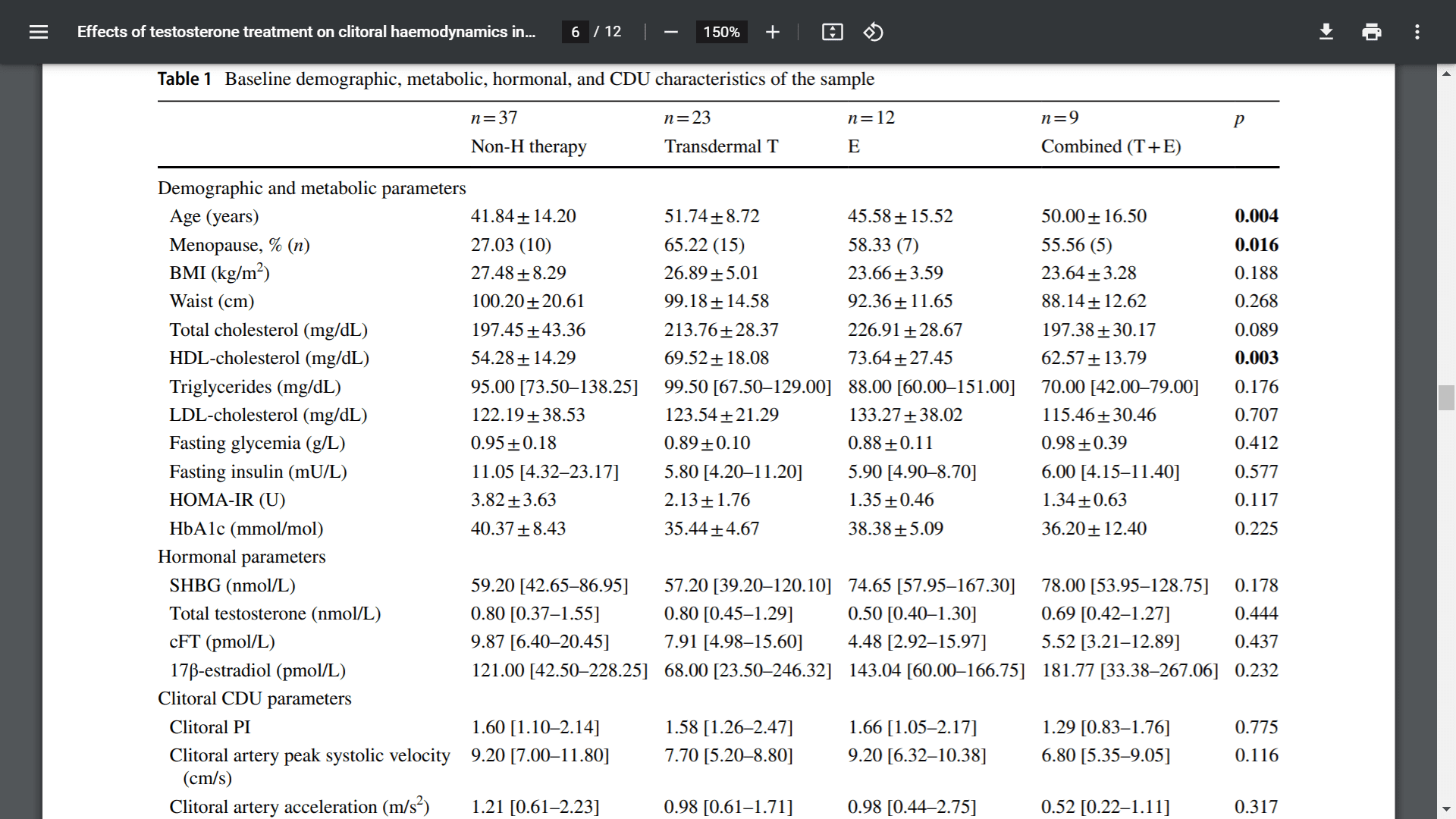 Fig. 1 Total testosterone levels according to the mean frequency of sexual events in sexually active women treated for FSD. Data are expressed as box plot, with the median score and interquartile range; whiskers represent minimum and maximum values. Data were adjusted for age and years since menopause 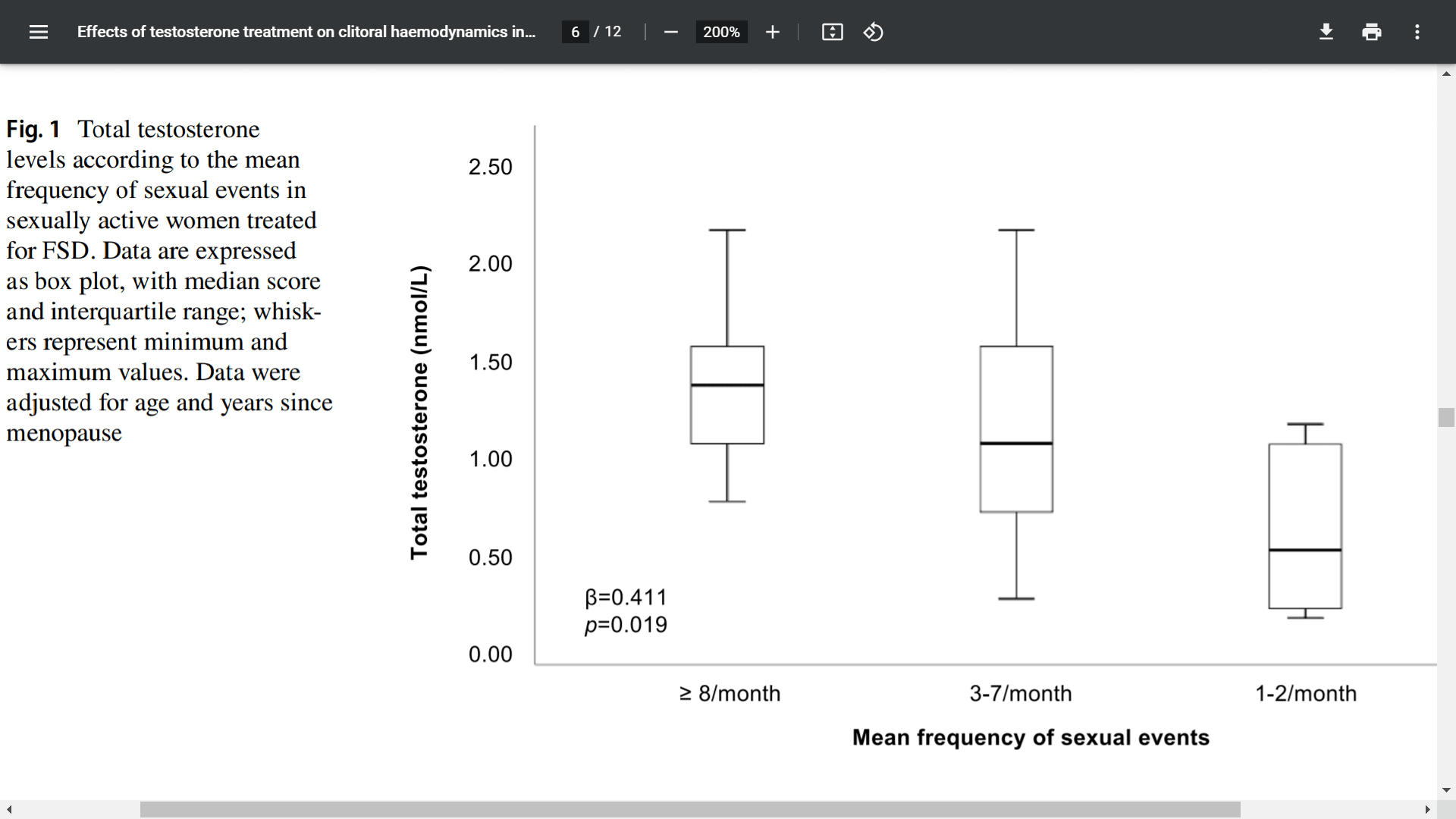 Fig. 2 Effect of different treatments for female sexual dysfunction on clitoral artery PSV. Data are derived from multilevel mixed-effects linear regression. Results are reported as estimated PSV value and 95% confidence interval at baseline and at the 6-month visit in the four treatment groups. The meaning of asterisks is reported in the figure as inset. PSV peak systolic velocity, Non-H non-hormonal, T testosterone, E estrogens 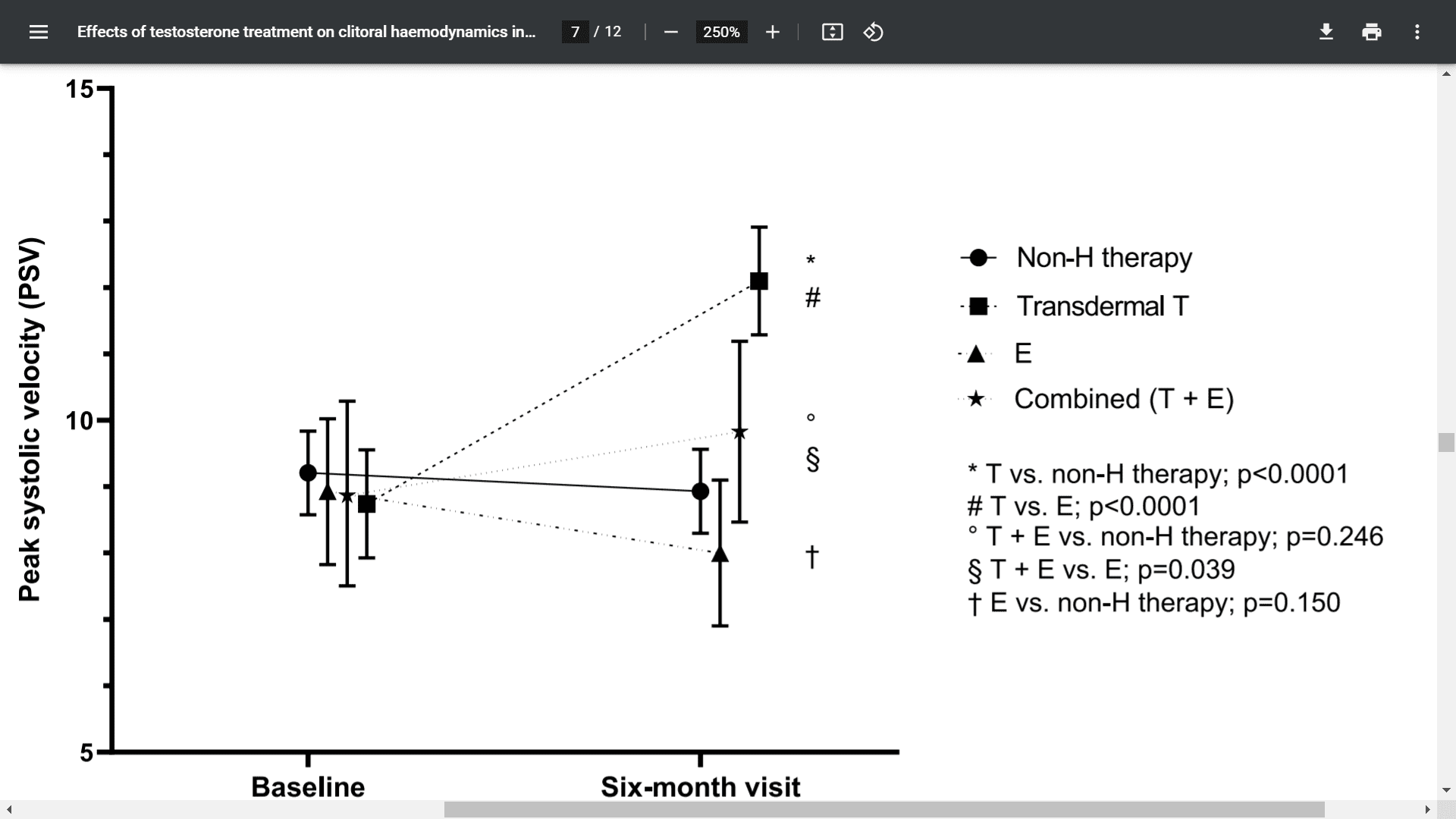 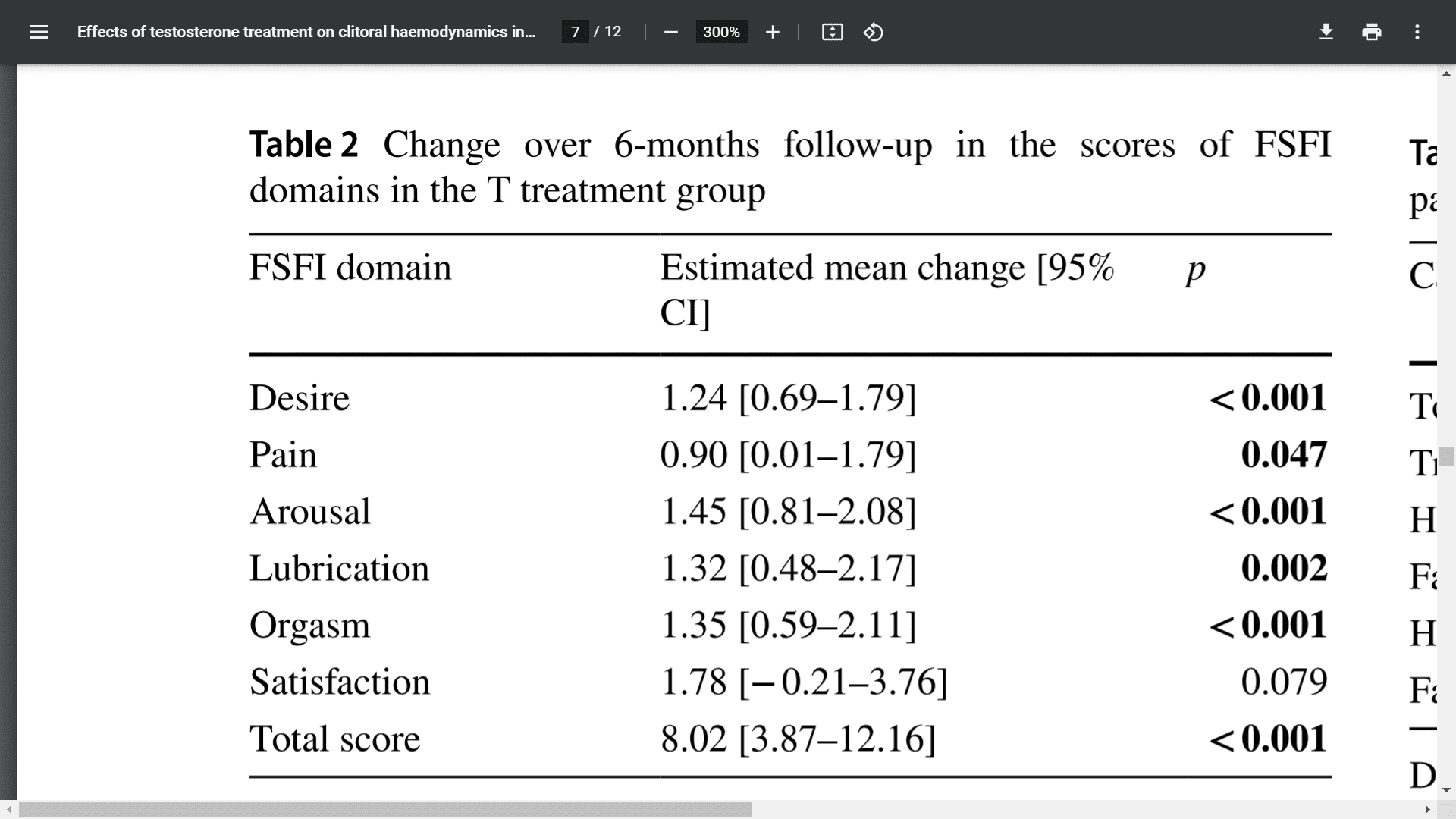 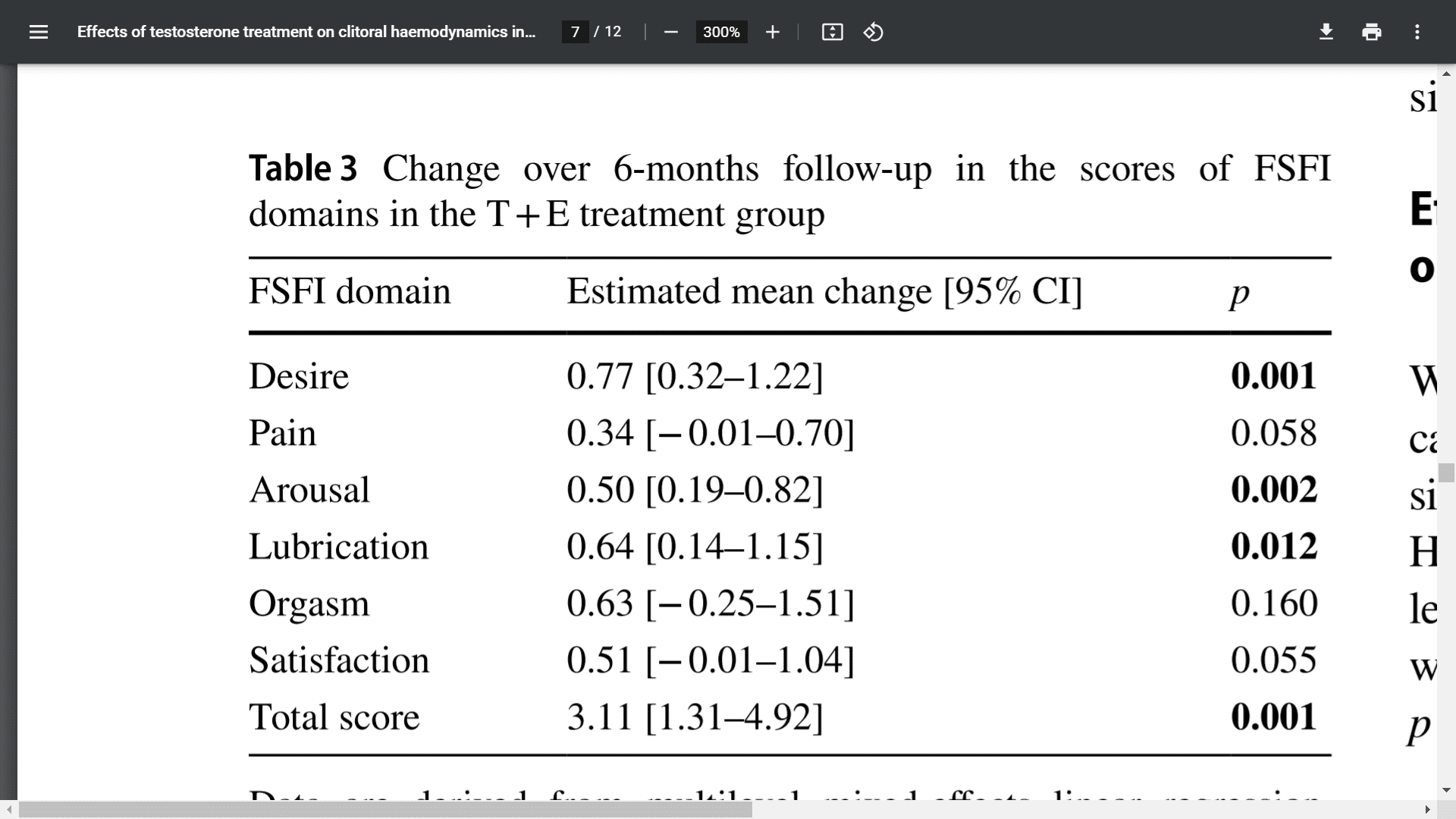 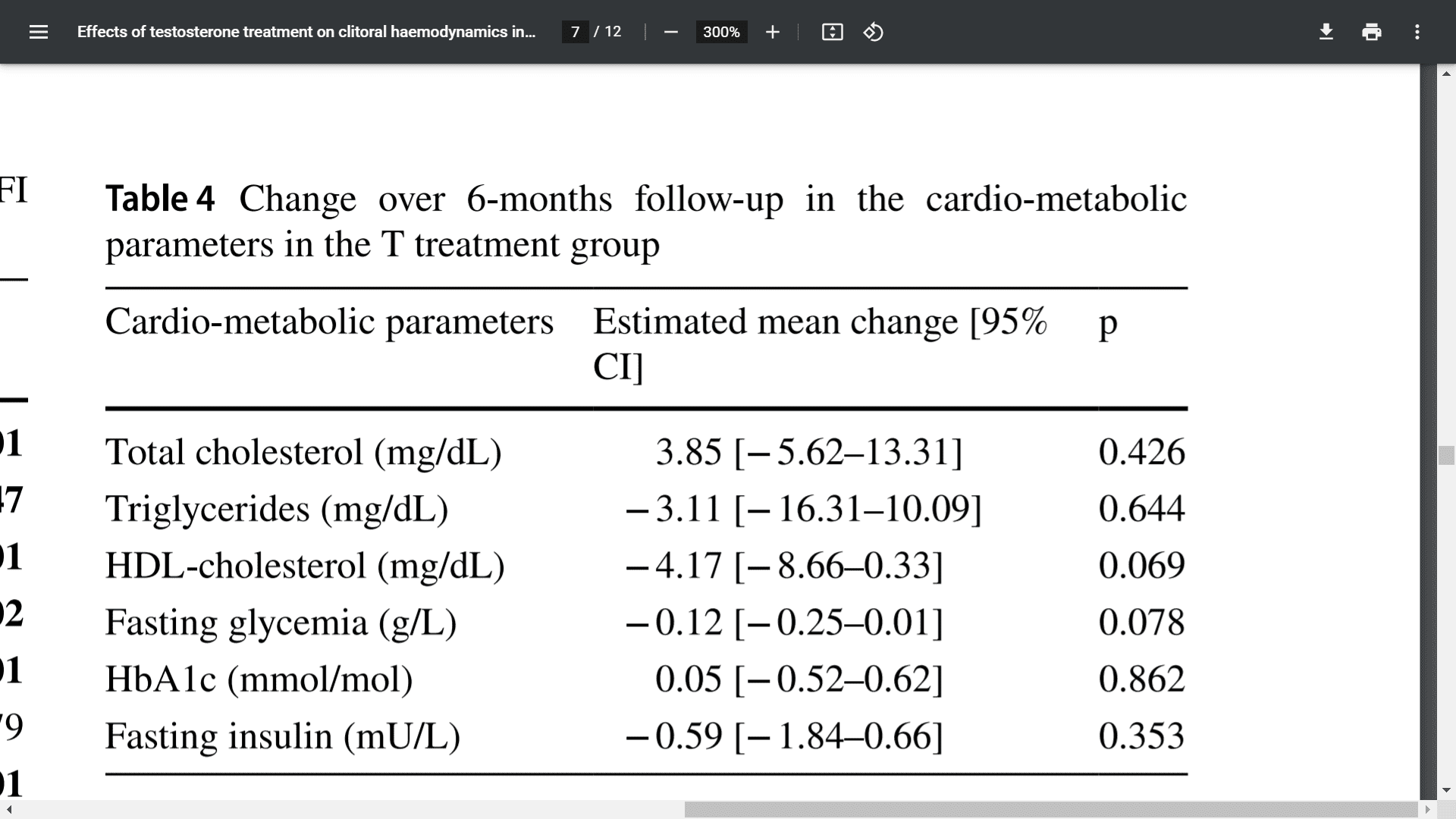