Do Some Supplements Raise Cancer Risk?

"Antioxidant vitamins are widely assumed to be cancer fighters even though research in smokers has found high doses may actually raise their risk of tumors. Now a new study may help explain the paradox.

Swedish scientists gave antioxidants to mice that had early-stage lung cancer, and watched the tumors multiply and become aggressive enough that the animals died twice as fast as untreated mice."


However, this study contradicts this one by saying the opposite:

"Since the 1970s, 280 peer-reviewed in vitro and in vivo studies, including 50 human studies involving 8,521 patients, 5,081 of whom were given nutrients, have consistently shown that non-prescription antioxidants and other nutrients do not interfere with therapeutic modalities for cancer. Furthermore, they enhance the killing of therapeutic modalities for cancer, decrease their side effects, and protect normal tissue.

In 15 human studies, 3,738 patients who took non-prescription antioxidants and other nutrients actually had increased survival." 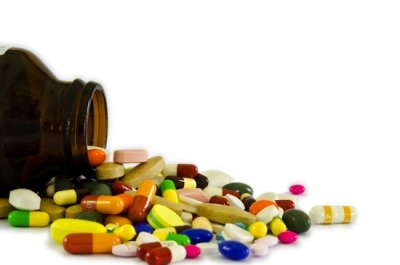 I guess for me, an admitted supplement junkie, when I read studies like this is that humans are not mice.