Materials and Methods: These interventional randomized clinical trials (IRCT) included 40 infertile oligozoospermic men undergoing ICSI. These individuals were randomized into two groups: 20 men who received rhFSH drug for three months and the other 20 men who did not receive rhFSH drug were considered the control group. Before and 3 months after treatment initiation, sperm parameters (using computer-assisted semen analysis) and chromatin status [using chromomycin A3, aniline blue, and sperm chromatin dispersion (SCD) tests] were assessed in these individuals. Furthermore, the hormonal profile was assessed using an enzyme-linked immunosorbent assay (ELISA). Clinical outcomes of ICSI were also compared between the two groups.

Reduced sperm count termed based on World Health Organization (WHO) criteria as “oligozoospermia”, is known as one of the major causes of male infertility and its prevalence shows regional variations (1). Commonly, this abnormality is accompanied by a reduced percentage of sperm motility. Previous studies showed that oligozoospermia is a multifactorial condition in which genetic factors, such as chromosomal and single-gene alterations, account for 20-30% of the cases (2, 3). In addition, other factors including hormonal imbalance, environmental factors, varicocele, sexually transmitted diseases, obstruction, testicular trauma, secondary testicular failure, infection, and inflammation may be considered other etiological factors for the condition (3-5). Among the aforementioned etiologies, hormonal imbalance due to improper function of the hypothalamic-pituitary-gonadal (HPG) axis, is considered one of the main underlying reasons for reduced sperm production leading to oligozoospermia. In the male, this axis controls sperm production and is governed by the release of gonadotropin-releasing hormone (GnRH) from the hypothalamus to the anterior pituitary gland leading eventually to the release of luteinizing hormone (LH) and follicle-stimulating hormone (FSH) which results in testicular production of estrogen and testosterone (T) hormone which are required for spermatogenesis (6-8). In this context, it was shown that aging- derived structural changes in the median eminence, alter GnRH release, and can affect FSH and LH production (9). Another cause of oligozoospermia is reduced FSH level in conditions such as Kallmann syndrome, isolated FSH deficiency, or hyperprolactinemia. Moreover, environmental and lifestyle factors can also cause FSH reduction (10).

The results of the current study clearly showed that mean percentage of sperm parameters, protamine deficiency, DNA fragmentation and chromatin immaturity were significantly improved in oligozoospermic men treated with rhFSH for three months compared to untreated oligozoospermic men. In addition, the hormonal profile of these individuals were significantly improved compared to the control group. These results showed that administration of rhFSH was effective in improving spermatogenesis function in oligozoospermic men. In this regard, several clinical trials and a study in a monkey model revealed an increase in testicular volume after FSH treatment, indicating that FSH hormone could increase germ cell proliferation in seminiferous tubules (19, 31, 32). In the light of these considerations, we assessed the effect of rhFSH on sperm functional parameters and clinical outcomes in infertile oligozoospermic men candidate for ICSI.

Table 1: Comparison of sperm parameters and hormonal profile before and after 3 months in the rhFSH and control group 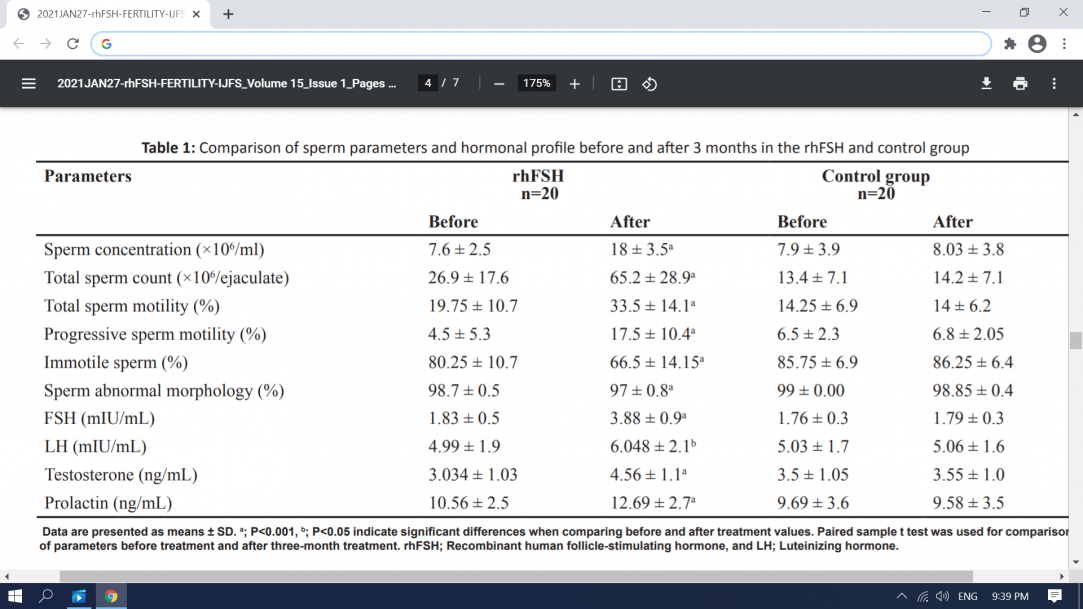 Fig.2: Sperm genomic content comparison. Comparison of mean percentage of sperm DNA fragmentation, protamine deficiency, and chromatin immaturity before treatment and after three-month treatment in the A. rhFSH and B. Control groups. The paired sample t-test was used for the comparison of parameters between the two groups. All data are presented as mean ± SD. ***; Show significant differences at P<0.001 and rhFSH; Recombinant human follicle-stimulating hormone. 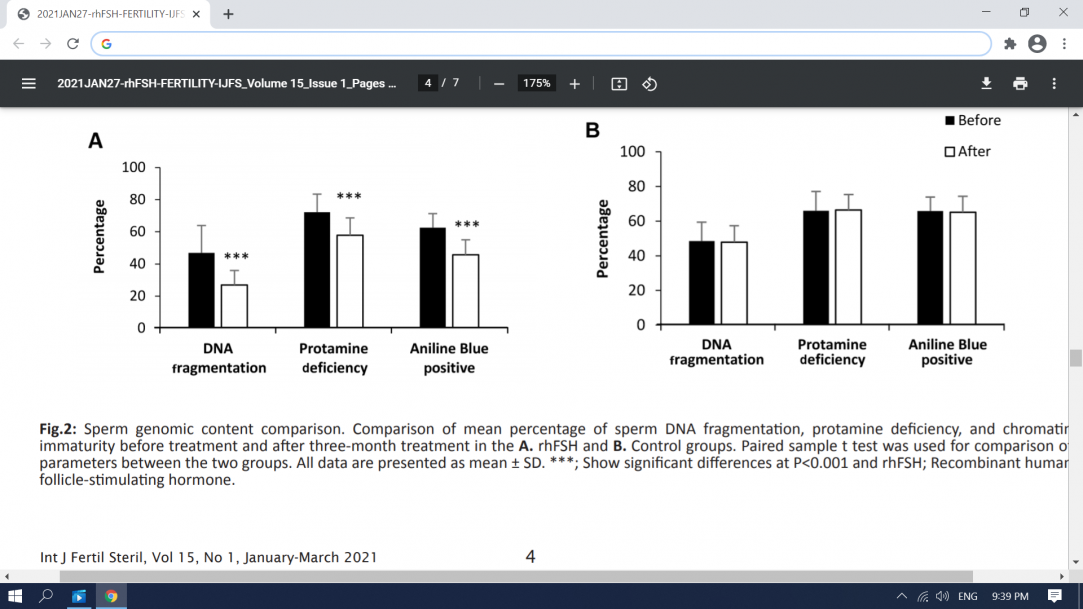 Table 2: The comparison of, males and females age, the number of oocytes, and ICSI clinical outcomes between the rhFSH and control groups 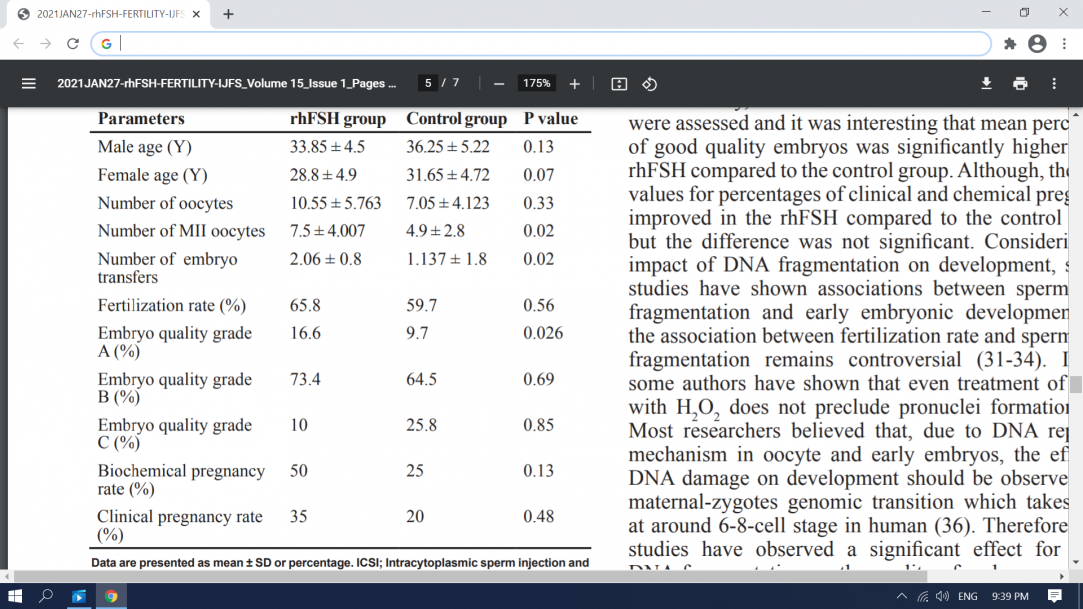