Why is that some people can sleep through the night while others toss and turn? No matter how early or late you get to bed, you can’t seem to get a full night of rest? You’ve tried just about everything to improve your sleep–sleeping pills, valerian root, napping, eating before bedtime, not eating before bedtime, cutting coffee, and the list goes on–but nothing seems to work! What can you do to solve your sleep problem? 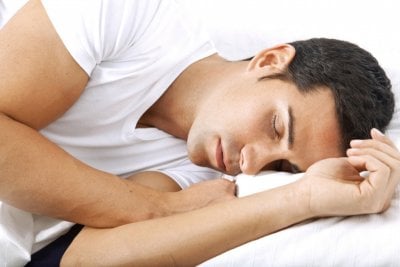 The truth is that more than 27 million Americans are at risk for this problem, thanks to the fact that they follow an irregular schedule. They switch back and forth between day and night shifts, always forcing their bodies to change with their shifting work schedule. This can throw off your internal body clock.

Your body has been designed for maximum efficiency. During the daylight hours, it’s easy to see what you’re doing, meaning daylight is the time for productivity. Darkness makes it easier to sleep, rest, and recover, so the human body has adapted to this relaxation during the night hours. This is your body’s way of making the most of every hour in the day and night.

The central feature of sleep is an alteration in brain function that’s associated with changes in the rest of our bodies. Just what effects the alterations and changes have on us both physically and mentally are still topics of intensive investigations.

There are two types of sleep in humans and these are described as differences in the frequency and amplitude of brain (EEG) waves. In healthy adult human non-rapid eye movement or NREM sleep (made up of 4 stages ranging from light sleep to slow wave sleep (SWS) or deep sleep phases), and rapid eye movement or REM (dreaming phase) sleep succeed each other in 90-110 min intervals. A prominent view is that SWS is involved in restorative functions and that REM sleep is involved in information processing. However, recent studies show that it’s not that simple.

The alternation of phases can be influenced by a variety of factors, including age and gender.

SLEEP AND YOUR HORMONES:

Recent research has given us new insights into the regulation of sleep and wakefulness and how this regulation might relate to energy homeostasis, the control of hunger and satiety, and body composition.

We know that the amount of energy we have and the amount of exertion we can put out is strictly limited. And if we don’t “recharge” adequately at night we won’t have our full complement to be used during the day.

Chronic sleep loss causes excessive sleepiness and decreased mental and physical performance. It also has a negative effect on mood, autonomic and immune functions and increases the risk of physical and mental health problems. These effects by themselves, by increasing our risk of getting viral and bacterial infections, and other health problems, are enough that they would impact on your ability to train effectively.

But that’s not all. Sleep deprivation has also been shown to reduce anabolic and fat burning hormone levels, including thyroid, testosterone, growth hormone, insulin-like growth factor I (IGF-I) and leptin, and to increase the catabolic hormone cortisol.

For example, sleep deprivation adversely affects testicular function and this leads to lower levels of serum testosterone in the body. Cortisol impairs sleep. In healthy young and old subjects cortisol (and IL-6) plasma concentrations were positively associated with total wake time and negatively with rapid eye movement (REM; dreaming phase) sleep; and in turn, insomnia is associated with an overall increase in ACTH and cortisol secretion.

As well, sleep deprivation disturbs the levels and effects of ghrelin and leptin. While the details and specific effects on both of these hormones have yet to be detailed, it’s a sure bet that the changes in their levels and interplay have profound effects on fat metabolism.

While the specifics of ghrelin regulation and functions are still being worked out, it is known that it is involved in sleep regulation, increases food intake in both rodents and humans, and conserves fat by reducing fat utilization. It would appear that the result of increased levels of ghrelin is an increase in appetite, body weight, and body fat.

In contrast to ghrelin, leptin, which is reduced in sleep deprivation, is an anorexigenic (decreases appetite) factor and it is thought that ghrelin and leptin regulate the energy balance in a reciprocal fashion.

Several studies have found that sleep deprivation is a risk factor for obesity and for insulin resistance and diabetes.

One study looked at the effects of sleep duration on body weight and metabolism. The authors concluded that in persons sleeping less than eight hours increased BMI and obesity was proportional to decreased sleep. Several other studies have backed up these claims.

A recent paper summarized the metabolic and endocrine effects of sleep deprivation as follows:

• Sleep deprivation has multiple physical and psychological effects.
• Sleep restriction is accompanied by increased cortisol levels in the afternoon and early evening
• Sleep restriction is associated with an increase in insulin resistance and may increase the risk for diabetes.
• Sleep plays an important role in energy balance. Partial sleep deprivation was found to be associated with a decrease in plasma levels of leptin and a concomitant increase in plasma levels of ghrelin; subjective ratings of hunger and appetite also increased.
• Moreover, a correlation was found between the increase in hunger and the increase in the ghrelin: leptin ratio.
• Thus, the neuroendocrine regulation of appetite and food intake appears to be influenced by sleep duration, and sleep restriction may favor the development of obesity.

The bottom line is that all of these negative hormonal changes impacts on your ability to maximize body composition even if your training and diet are up to par.

How Much Sleep Do You Need?

How Your Circadian Rythm Rules Your Life

Sleep: Its Impact on T-Levels, ED, BMI, and Nocturia

INTRODUCTION & OBJECTIVES: To determine the influence of a
disturbance of the physiological sleep pattern on Nocturnal Penile Tumescences
(NPT) in young healthy males and to evaluate the significance of NPT measurement
for the diagnostic of erectile dysfunction under in patient-conditions.

MATERIAL & METHODS: 10 healthy young males, mean age 25.2 years (25-
32) were examined on 3 nights under sleep laboratory conditions. A 12-channel polysomnography was performed to register the sleep stages, NPT were
continuously measured with the RigiScan-device in all three nights. In night 2
we performed additional measurement of vital parameters as heart rate and blood
pressure. In night 3, in addition, sleep was interrupted and blood was drawn via an
i.v.-line every two hours to determine the serum levels of testosterone, FAI (free
androgen index), estradiol, LH, FSH, prolactin, DHEA-S, and SHBG.

RESULTS: We found a significant decrease of REM-sleep in night 3 versus night
1 (8 vs. 17%, p>O.O5) and a significant reduction of the total time length
of erections (50.2 vs. 98.8 min, p>O.O3). Phase 3 and 4 sleep was also decreased,
whereas Sl and S2 sleep was increased. The total number of events was
significantly decreased in night 3 (3.7 vs. 5.5, p>O.O5). The amount of NPT
correlated to REM-sleep decreased from 80% in night 1 to 53% in night 3
(p>O.O3). There was no disturbance of the circadian rhythm and pulsatile
secretion of the measured sexual hormones in this study.

Methods
Men presenting to a sleep clinic with symptoms consistent with SAS were given the Epworth Sleepiness Scale and an erectile dysfunction risk factor inventory, the International Index of Erectile Function. A database was constructed and statistical analysis conducted to define the correlation between the two entities.

Results
A total of 50 men met the criteria for inclusion. Of the 50 men, 60% had abnormal Epworth Sleepiness Scale scores and 80% of these patients had erectile dysfunction as determined by inventory scores compared with 20% of the men with normal Epworth Sleepiness Scale scores. There were statistically significant differences between men with normal and abnormal sleepiness scores for the total and erectile function domain of the International Index of Erectile Function. The correlation between the severity of the sleepiness and the severity of erectile dysfunction was good (r < 0.80, P = 0.012).