In the randomized, controlled, double-blind trial, a single dose of investigational COMP360 psilocybin was given to 233 patients in conjunction with psychological support from specially trained therapists. All patients discontinued antidepressants prior to participation. The trial was powered to compare two active doses of COMP360, 25mg, and 10mg, against a comparator 1mg dose. The 25mg group vs the 1mg group showed a -6.6 difference on the MADRS* depression scale at week 3 (p<0.001). The 25mg group demonstrated statistical significance on the MADRS efficacy endpoint on the day after the COMP360 psilocybin administration (p=0.002). The 10mg vs 1mg dose did not show a statistically significant difference at week 3. The MADRS was assessed by independent raters who were remote from the trial site, and blind to intervention and study design, effectively creating a triple-blind.

COMP360 was generally well tolerated, with more than 90% of treatment-emergent adverse events (TEAEs) being mild or moderate in severity. 179 patients reported at least one TEAE; the most common TEAEs across treatment groups (>10% overall incidence) were headache, nausea, fatigue, and insomnia. There were 12 patients who reported treatment-emergent serious adverse events (TESAEs). These TESAEs included suicidal behavior, intentional self-injury, and suicidal ideation, which are regularly observed in a treatment-resistant depression patient population, and which occurred more frequently in the 25mg group than in the 10mg or 1 mg groups. Overall, 209 patients completed the study; there were five withdrawals from the 25mg group, nine from the 10mg, and 10 from the 1mg.

*This randomized, controlled, multicentre, double-blind phase IIb trial is the largest psilocybin therapy clinical trial ever conducted, with 233 patients from 10 countries in North America and Europe. 94% of the patients had no prior experience with psilocybin. The objective of the trial was to find the appropriate dose for a larger, pivotal phase III program, which COMPASS expects to begin in 2022.

Depression that isn’t helped after two or more adequate antidepressive treatments is referred to as treatment-resistant depression (TRD)1,2. More than 100 million people worldwide are affected by TRD1, 2, and as many as 30% of these attempt suicide at least once during their lifetime3, 4. The TRD population is by definition more difficult to treat and more likely to relapse than patients with major depressive disorder. In 2018, COMPASS received FDA Breakthrough Therapy designation for its COMP360 psilocybin therapy for TRD.

George Goldsmith, CEO, and Co-founder, COMPASS Pathways, said: “No one is untouched by the mental health crisis – everyone has a story. We urgently need options for people who are not helped by existing therapies. We set out to explore the safety and efficacy of COMP360 psilocybin therapy in treatment-resistant depression, through a rigorous and large-scale trial, and to find an appropriate dose to take to the next stage. I am delighted that we have succeeded in doing this. We have demonstrated our ability to execute an innovative, multicentre, multinational clinical trial program – and in the midst of a global pandemic. Our work follows the efforts and achievements of so many researchers before us, and we are grateful to all of them and for the opportunity to work with the mental health care community to transform the patient experience and patient outcomes. With our world-leading psychedelic research over the last few years, we have now created a unique and extensive data lake; this provides an unprecedented opportunity to further evaluate and optimize psilocybin therapy for patients suffering from serious mental health illnesses. With these compelling data, we will urgently progress our clinical development program and move closer to making this therapy accessible to patients in need, if approved.”

*At least double the number of MADRS responders, remitters, and sustained responders with 25mg vs 1mg; rapid response and remission from day 2 to week 3

*COMP360 was generally well tolerated, with more than 90% of treatment-emergent adverse events (TEAEs) mild or moderate in severity


David J Hellerstein MD, a Principal Investigator on the trial and Professor of Clinical Psychiatry at the Columbia University Irving Medical Center, said: “Treatment-resistant depression is a common and devastating condition, affecting tens of millions of people, with few effective treatments. This is the largest modern study of a psychedelic drug, combined with psychological support, enrolling over 200 people with TRD. In this groundbreaking study, a single dose of psilocybin, given in conjunction with psychological support, generated a rapid response that lasted up to 12 weeks. Remission rates appear to be higher than seen in traditional medication studies. We now have evidence from a large well-designed trial that psilocybin may be effective for people with treatment-resistant major depressive disorder. These findings suggest that COMP360 psilocybin therapy could play a major role in psychiatric care if approved.”

Michael Pollock, CEO at the Depression and Bipolar Support Alliance (DBSA), said: “Many people suffering from severe forms of depression find that existing treatments don’t work for them. We support any attempt to investigate alternative therapies. The approach of cycling through drugs that aren’t working is inadequate for anyone who is living with a mental health condition and disheartening for the family members and healthcare professionals who care for them. The results seen from this study are an early indicator of hope for those who are desperately in need of help.”

Robin Carhart-Harris Ph.D., Director of the Psychedelics Division at the Weill Institute for Neurosciences at the University of California San Francisco, and Ralph Metzner Distinguished Professor of Neurology, Psychiatry, and Behavioral Sciences, said: “This is an important and exciting moment for the mental health care community. It builds upon more than two decades of research into the viability of psychedelic compounds to treat mental health conditions and demonstrates the potential it has in helping people living with treatment-resistant depression. It’s encouraging to see how far this field has progressed in the last 20 years and I look forward to furthering research.”

In a small study at the Imperial College of London, 19 patients received a single dose of the psychedelic psilocybin. All had been diagnosed with, and were suffering from, depression that had been resistant to treatment. Twenty four hours after the ingestion of psilocybin, brain scans revealed...

I am hearing more buzz around research using psilocybin to treat PTSD and other mental health issues. Has anyone tried microdosing? A friend with PTSD asked me and I just started reading about it. Here is a good guide: THE ESSENTIAL GUIDE TO MICRODOSING PSILOCYBIN MUSHROOMS This thread is...

The Psychedelic Revolution Is Coming

The Psychedelic Revolution Is Coming. Psychiatry May Never Be the Same. Psilocybin and MDMA are poised to be the hottest new therapeutics since Prozac. Universities want in, and so does Wall Street. Some worry a push to loosen access could bring unintended consequences. It’s been a long... 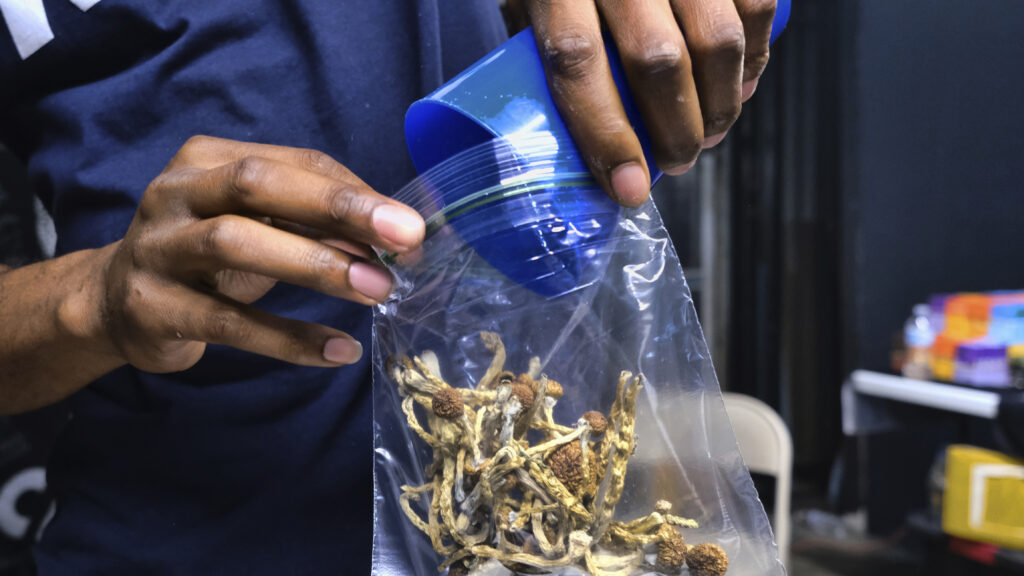 Overall, 29.1% of patients in the highest-dose group were in remission three weeks after treatment, compared to 7.6% in the control group.

https://www.cnn.com/videos/tv/2021/07/24/can-psychedelics-treat-depression.cnn Psilocybin - the active ingredient found in magic mushrooms - Is being seriously considered for the treatment of mental health issues. How did we get here from the Grateful Dead and Kool-Aid Acid?

I just did mushrooms the other day. I wouldn’t I was any less depressed though. It was more like an out of body experience. Then it wore off and I was in the same shitty world. Lol

All studies have used therapy sessions while someone is going through the "trip".

My feeling is that the FDA will NOT approve any of these therapies without a requirement for a therapist to be present.
M

Hi! Does anybody have an opinion, experiences or have done enough research on microdosing psilocybin and heart health? I was microdosing for a couple of months and it wiped out my depression, it really worked (for me at least) but after doing a bit of research and listening to a Huberman podcast I stopped because of this concern. Fyi I got ptsd and depression. Thank you
S

Nelson Vergel said:
All studies have used therapy sessions while someone is going through the "trip".

My feeling is that the FDA will NOT approve any of these therapies without a requirement for a therapist to be present.
Click to expand...

Of Course because the "parasites" will our money one way or another!!

Marcel said:
Hi! Does anybody have an opinion, experiences or have done enough research on microdosing psilocybin and heart health?
Click to expand...

Never heard anything negative. But here are a few references I found 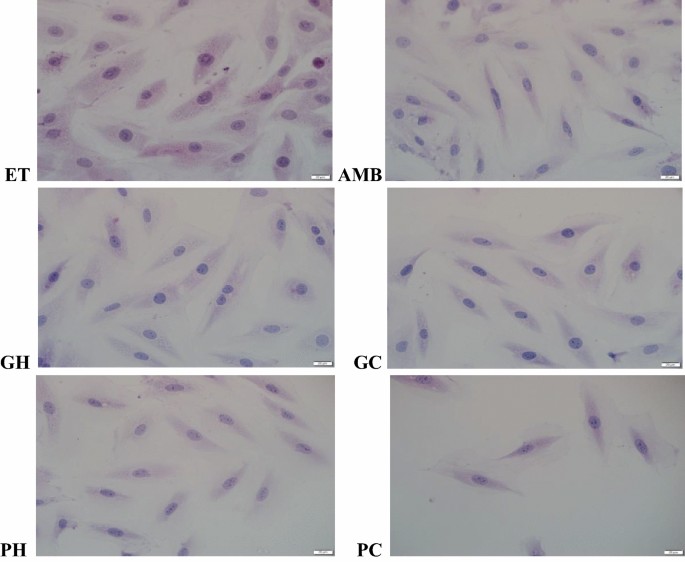 Prevalence of major depression in people with chronic heart failure is higher than in normal populations. Depression in heart failure has become a major issue. Psilocybin-containing mushrooms commonly known as magic mushrooms, have been used since ancient times for their mind healing properties...

Does Psilocybin Cause Heart Valve Damage? A Review of the Research 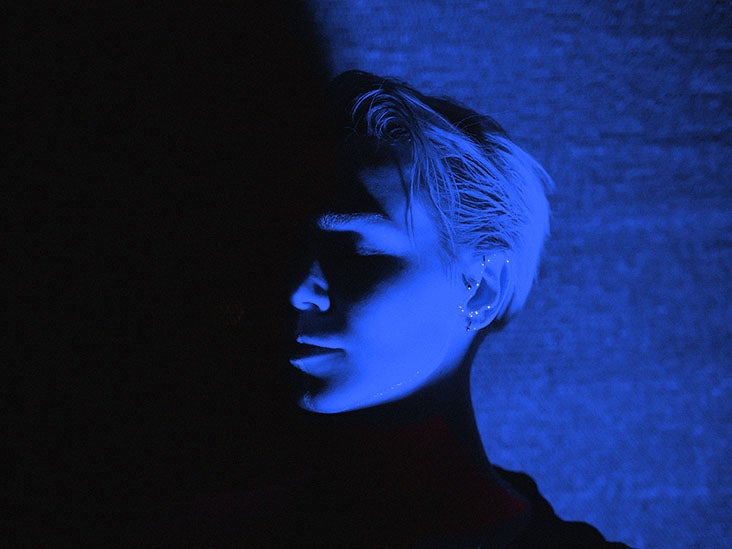 Psychedelics linked to lower risk of heart disease and diabetes

A new study finds a correlation between classic psychedelic use and a reduced risk of developing heart disease and diabetes.

Gracias Nelson. According to the above article it might be more protective than damaging as long as it's used in a responsible manner. Thanks again for the links and taking the time, I appreciate it

I tried microdosing but it was not for me. I felt tired.

1 gram chocolates have given me great spiritual and happy experiences without huge time commitments or "messiness". I think being in the right environment with great music makes all the difference in the world. I also think it is a very personal experience that I'd rather do alone. Nothing better than a walk in nature or even going to a great museum while using it. Your senses are enhanced to actually see things in detail.

The best part is no hangover the day after and a sense of calmness that stays with you for a while.

More and more men's groups are having retreats in their nature-related "churches" (the only way to do it in this country without government's intervention).

I wish the half life was shorter like ketamine's.
M

Nelson Vergel said:
I tried microdosing but it was not for me. I felt tired.

Really? Chocolate? I should try that.
I heard that microdosing is not for everyone I tried it because I wanted a natural solution instead of ssris or whatever else is out there. For me it worked in the sense that I wasn't happy but I was not depressed which for me, after many years made a huge difference.
Share:
Facebook Twitter Reddit Pinterest Tumblr WhatsApp Email Share Link